New Study Finds That Income, Not Prices, Drives the Economy 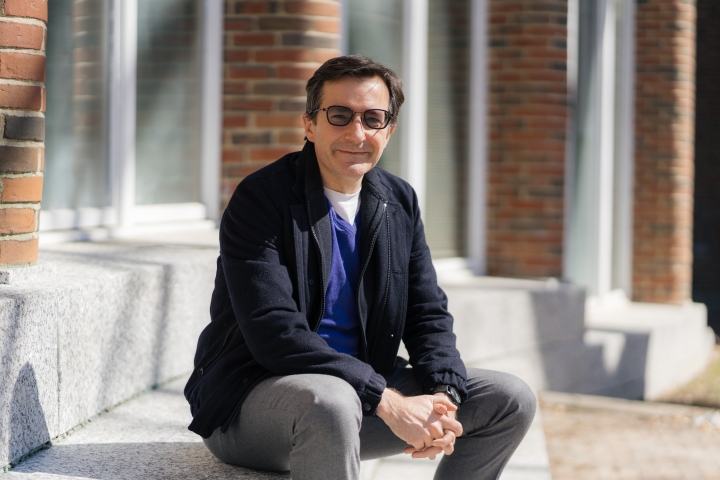 Professor of Economics Diego Comin is the co-author of a recent study examining the sectoral composition of the economy. (Photo by Eli Burakian ’00)
3/25/2021
Body

As consumers become richer, they spend more on services such as health and education, the demand for which is much more income elastic, and less on agriculture and manufactured goods, according to a recent study, co-led by Diego Comin, a professor of economics. The results are published in Econometrica. Until now, productivity has often been considered at least as important, if not more, than preferences, in shaping the sectoral composition of the economy.

Politicians and business leaders often make claims about why certain sectors in the economy are shrinking, such as the decline in U.S. manufacturing is due to robotics or trade with China. Such assessments are flawed, as the sectoral composition of the economy is mostly driven by preferences and not by productivity, according to the study, which models long-run structural change in the economy.

Consumers’ spending habits play a role. “The reduction in the share of manufacturing in spending or output is mostly a sign of wealth, as opposed to a sign of a trade policy or trade competition, or productivity growth in a certain sector,” Comin says. “It’s easy to assume that changes in the economy are due to something external to us, like trade or technology. Yet people may not realize the consequences our consumption patterns have on the economy.”

To examine the underlying factors that drive the composition of the economy, researchers from Dartmouth, Boston College, and Northwestern University used household data from the U.S. and India—as well as country-level data for 39 countries —from 1970 to 2005. The researchers grouped household data into three categories: agriculture (products from crops or animals); manufacturing (goods that you can touch); and services for which no products are transferred, such as education, health and technology.

The findings revealed that as countries become richer, their expenditures moved toward services and away from agriculture and manufacturing smoothly over long periods of time, rather than shifting abruptly from one sector to the next once a certain income threshold is crossed, as other researchers have hypothesized.

Over 80% of the U.S. economy is made up of services, according to the U.S. Bureau of Economic Analysis. Services include accommodation, arts, business, education, entertainment, financial, government, health, information, insurance, recreation, technology, telecommunication, transportation, and more.

“When the economy experiences a decline in manufacturing, this is a reflection of consumers wanting to buy less manufactured goods and spend more on services,” says Comin. “It’s part of our preferences. As you make more money, do you want to buy a new refrigerator, or help pay for your child’s college education? A new fridge or other consumer product is likely to be a small share of expenditure.”

The researchers found that the model applies to data on both a household level and country level. They tested their model against others and found that it fits the data better than other models because it captured the empirical observation that the impact of income on consumption of services versus manufacturing is stable over long periods of time.

“Our results demonstrate that once preferences are modeled correctly, they account for over 90% of the sectoral transformation of a broad set of economies, including the U.S.,” says Comin.