The Association for Computing Machinery honor goes to the top 1% of its membership. 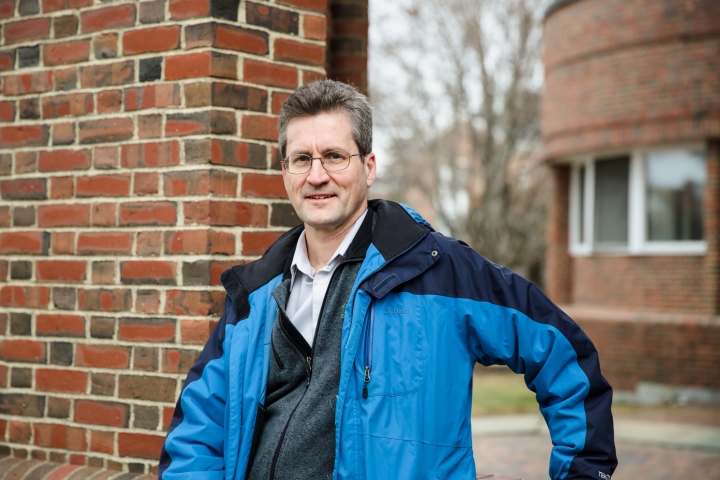 Professor David Kotz ’86 has been honored by the world’s largest and most prestigious association of computing professionals. (Photo by Christopher Johnson)
3/09/2021
Body

David Kotz ’86, the Pat and John Rosenwald Professor in the Department of Computer Science, has been named a fellow of the Association for Computing Machinery (ACM), the world’s largest and most prestigious association of computing professionals.

Kotz is one of 95 ACM members—the top 1% of the organization’s membership—selected for the honor, which is reserved for some of the most prominent innovators in all fields of computing from around the world.

Fellows are nominated by their peers. The selection committee recognized Kotz for “contributions to the security, privacy, and usability of mobile systems,” according to the ACM website.

A prolific scholar—he’s published more than 230 refereed papers and received more than $80 million in grant funding—Kotz sees this as a shared accolade.

“It’s an honor to be recognized by the international computer science community, but this is really a recognition of the outstanding work of my research students and postdocs over the past three decades,” he says.

Kotz is currently leading a five-year National Science Foundation research program whose aim is to reduce the privacy and security risks related to using so-called smart technologies at home—devices such as televisions, baby monitors, refrigerators, thermostats, and so on that have the capability of connecting to the internet.

“I’m excited about the many opportunities for mobile and wearable computing systems to improve people’s lives—especially in applications to health and wellness,” he says. “However, the great power of such technologies can also come with great risks, especially when it handles data of a highly personal or sensitive nature. The goal of my research for the past 10 to 15 years has been to make it easy for everyday people to easily use these technologies securely, in a way that protects their privacy.”

Kotz has been a distinguished member of ACM since 2018. A fellow of the Institute of Electrical and Electronics Engineers (IEEE) and an elected member of Phi Beta Kappa, he served as Dartmouth’s interim provost in 2018.

“I’m certainly not at that level! But to be named a fellow alongside those folks is quite an honor,” Kotz says.