The team will use remotely sensed data to assess gold mining’s impact in Madre de Dios. 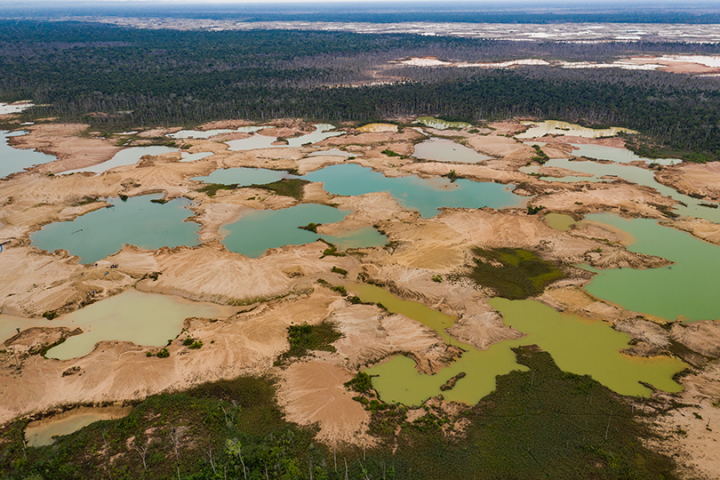 The Madre de Dios River watershed in southeastern Peru is a tropical biodiversity hotspot in the Amazon and home to uncontacted Indigenous peoples. The region has come under threat in recent years due to an expansion in artisanal and small-scale gold mining.

Through a NASA grant under the Land-Cover/Land-Use Change Program, researchers from Dartmouth, Wake Forest University, and the Centro de Innovación Científica Amazónica (CINCIA) in Madre de Dios will use remotely sensed data and machine-learning techniques to evaluate and monitor the impact that gold mining has had on land-cover change in the region.

The area has been subject to deforestation, with over 100,000 hectares of forest consumed by mining. Previous research has found that mercury contamination in watersheds near artisanal and small-scale gold mining areas in the region can pose risks to humans, wildlife, and the environment. Mercury is used to extract gold from sediment. As it is burned off to amalgamate the gold flakes, it enters rivers and streams and travels downstream.

While the Peruvian military has attempted to curb illegal timber harvesting and mining activities, efforts to prevent long-term mining have been relatively unsuccessful. With COVID-19, there’s been a rise in illegal gold mining in the Madre de Dios, as military efforts to combat mining have been redeployed in order to focus on the pandemic. Clandestine mining activities are resuming in past settlements with some under the cover of forest canopies. These are activities that cannot be seen on satellite data. 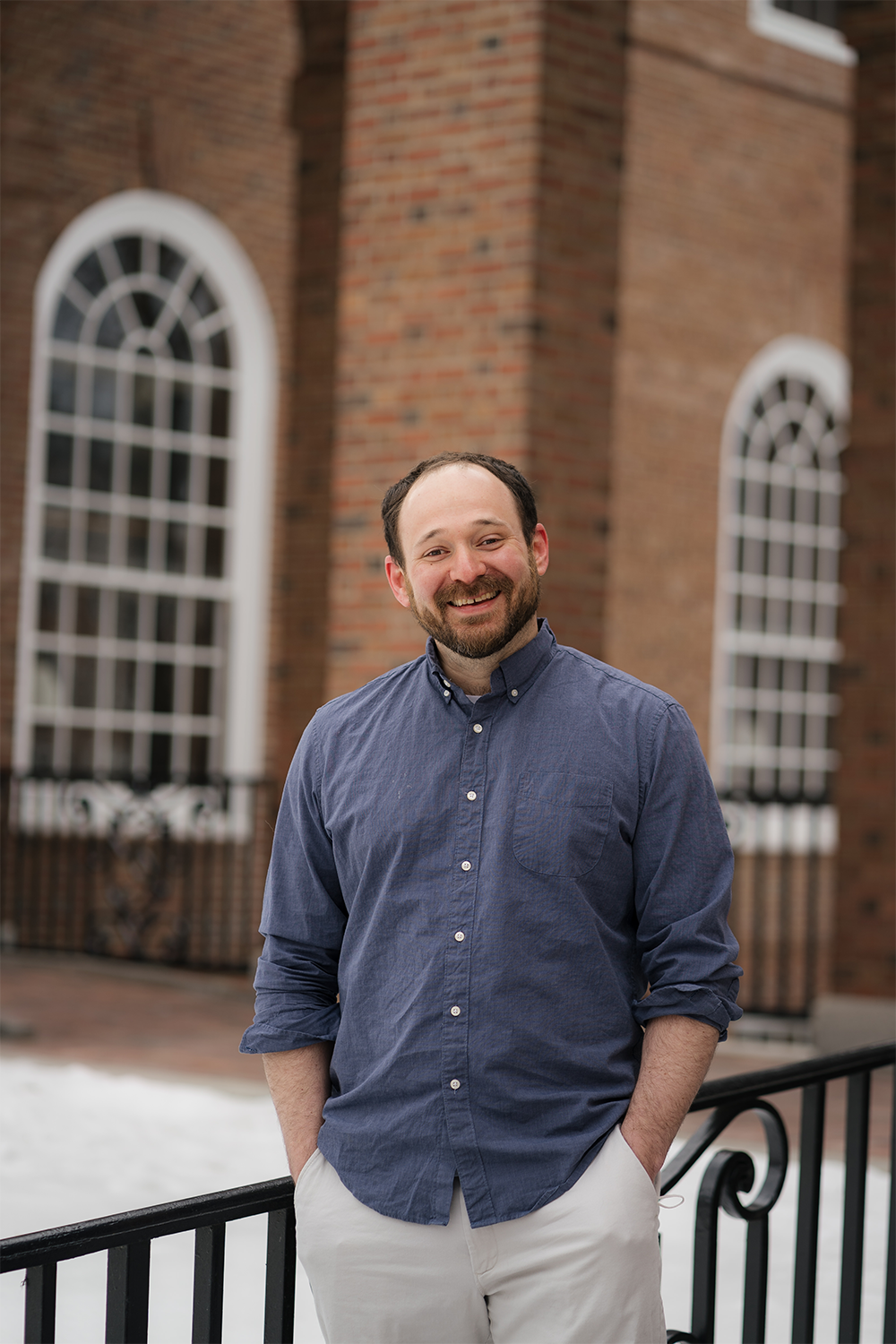 David Lutz, a research assistant professor and lecturer in environmental studies, is the principal investigator of the NASA project examining how gold mining has affected the land in the Madre de Dios region in Peru. (Photo by Eli Burakian ’00)

“Through the use of finer-scale data from commercial satellite data and optical and radar imagery obtained from locally flown drones, our research team will be able to identify small-scale forest harvests and other illegal small-scale gold mining activities that have previously been overlooked,” says principal investigator David Lutz, a research assistant professor and lecturer in environmental studies. “This project will create an accurate, scalable methodology for assessing land cover change and development in the Madre de Dios and provide policy recommendations that can be used to put science into action.”

The research team also plans to apply object detection algorithms to satellite and drone imagery, which will enable them to identify if trucks or other equipment and machinery are being used at a mining site. These techniques will provide insight into whether miners are complying with local requirements and if an area previously closed is being re-mined.

“Typical satellite imagery, which is moderate in resolution, provides basic data on deforestation but underestimates both the scale of deforestation and dynamics of aquatic sediments, which may contain mercury runoff,” adds Lutz.“ As technology improves, each time that higher resolution data has become available previous research has shown that deforestation in the Madre de Dios has often been underestimated by nearly 25%.” 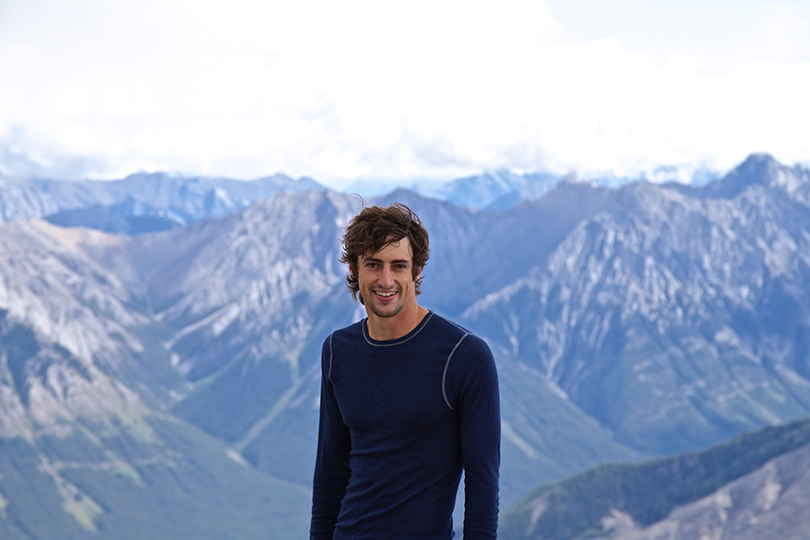 Postdoctoral fellow Evan Dethier, Guarini ’15, ’20, who collaborated with Lutz on earlier research on artisanal gold mining in the region, serves as a researcher on the three-year project. The total grant award is $739,828 and the team began work in January.

As part of the team, researchers at Wake Forest University in biology and computer science, and undergraduate students, will apply methods in ecology, data science, and artificial intelligence to discern information from remote sensing data. Project team member Miles Silman, a professor of biology at Wake Forest, notes that “Madre de Dios is a place where the world is being taken apart by gold mining. Understanding the types of land conversion and changes in land use and the intensity of such impacts is the first step in a restoration process that addresses environmental degradation and allows for people to live on the land in a sustainable way.” The project will partner with CINCIA, a research center focused specifically on research and solutions related to reforestation and restoration in the Peruvian Amazon.

The project will also assess the effectiveness of Peruvian federal policy to control illegal and artisanal gold mining; a policy workshop with government and with public and private stakeholders will be held during the final year of the study. The researchers will provide recommendations to control and mitigate forest degradation and improve restoration efforts in the Amazon basin, which can be applied more broadly to the region. 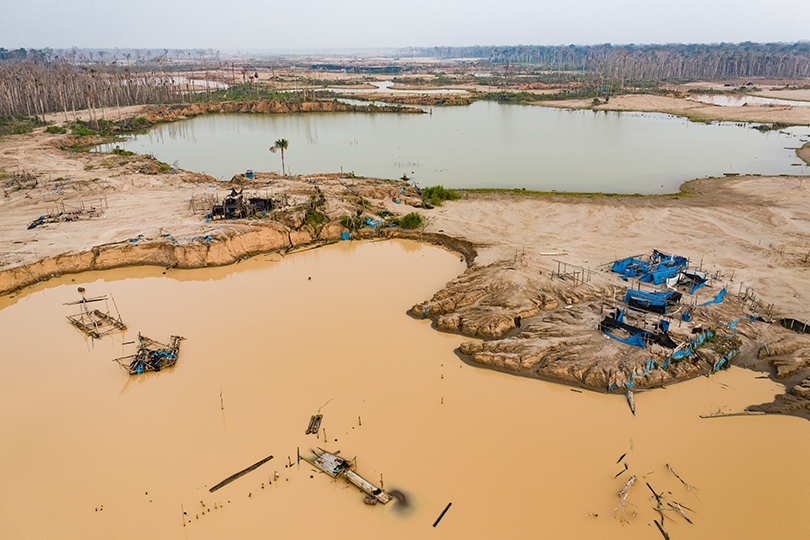 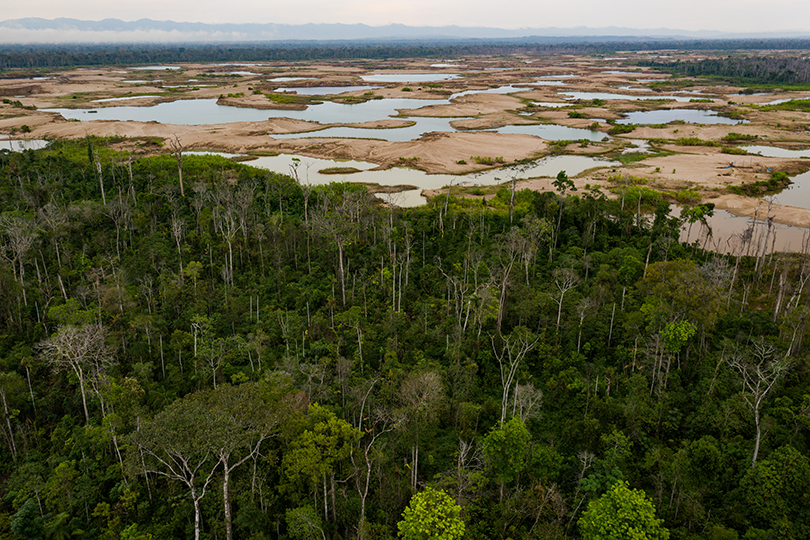