Symposium Will Explore Police Violence Around the Globe

The weeklong series of discussions, speakers, and arts events opens on April 5. 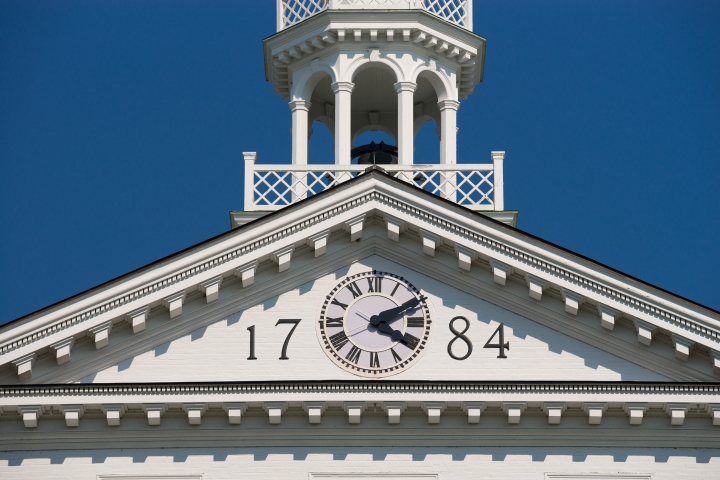 In late November, Michel Zecler, a Black music producer, was beaten by French police as he entered his studio in Paris. Trica Keaton, an associate professor of African and African American Studies, saw a video of the attack on Zecler, who was taken into police custody and released two days later without charge.

In the coming days, as friends and colleagues shared stories about police violence against Black, Indigenous, and other people of color in other countries, she saw a need for a broader conversation about the issue, says Keaton, whose research focuses on focuses on racialized groups in a “raceblind” France. “In early December, I sent out a call to pretty much everyone I knew at Dartmouth to see if we could organize an event on police violence and integrate it into our courses.”

As it turned out, they could.

Police Violence: Global and Local Perspectives, a series of talks, discussions, and arts events, is set to run from April 5 through April 11. A collaborative effort by Keaton; Mary Coffey, a professor of art history and an affiliated member of the Latin American, Latino, and Caribbean Studies Program; and other faculty, students, and staff, it features more than 50 contributors from six countries.

The multifaceted approach places the focus on the issue rather than specific geographic locations, says Keaton, whose upcoming book about anti-Blackness in France will include a chapter about police violence, which she says is “ very much a global issue.”

The symposium draws its inspiration from a United Nations Human Rights Council resolution last year calling for the protection of Africans and people of African descent from human rights violations by law enforcement officers. The first keynote speaker, Dominique Day, is chair of the U.N. Working Group of Experts on People of African Descent. Day’s talk on April 5 will follow a performance and film at 7 p.m. by Daniel Bernard Roumain, a violinist, composer, and Roth Distinguished Visiting Scholar.

Other events will focus on police violence and related issues in countries around the world, and how art can be used to heal from, and transform violence. The symposium is free and open to the public, and requires a one-time registration.

Keaton and Coffey say they are indebted to the staff members who helped organize the events in such a short period of time.

“It’s really incredible, the work that they’ve done, the energy and time that they have put into helping us with this,” says Coffey, noting that holding the symposium early in the spring term has allowed professors from several departments to integrate it into their courses.

Miles Battle ’21 plans to take part in Police Violence: The Lived Experiences of Dartmouth Alumnae and Students, a panel discussion and question-and-answer session set for 3 p.m. on April 11.

The panel will look at the history of policing in the United States and, he hopes, “illuminate some alternatives” to the current system, Battle says. The discussion will also focus on law enforcement officers.

“There are law enforcement officers that we know personally, people we have relationships with who are at the center of this discourse,” says Battle, a sociology major who serves on the Dean of the College Student Advisory Board. “When they put on the badge and uniform, they become part of a system. So, in some ways, you have to separate the two.”

A related film, Women in Blue, will be available on demand through April 19, as will the 2015 documentary Wilmington on Fire.

Given the events of the past year, and the ways in which they “heightened our awareness of what’s been going on forever,” Coffey decided to organize her project-based class “”The American Century“” around the symposium, she says. She hopes that will enable her and her students to “build a vocabulary” for the projects they’re working on, and develop frameworks “in which to think about the issue of police violence in a critical and a multi-dimensional way.”

Keaton notes the challenges inherent in talking about police violence.

“We need to understand what this is in ways that are not defensive, in ways that don’t cut off the conversation before it’s begun. To do that, you need to have some sense of common ground from where we can speak,” she says. Finding that shared ground is “one of my biggest hopes for this symposium.”

The symposium’s sponsors include the offices of the president, provost, and dean of the College, the Hood Museum of Art, and the Hopkins Center for the Arts, as well as a number of arts and sciences departments, centers, and programs.