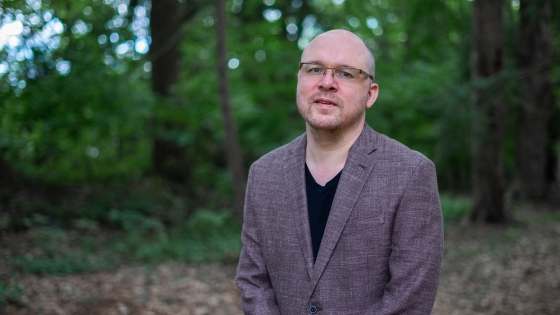 Robert Frost, Class of 1896, turns 147 on Friday. Frost didn’t graduate from Dartmouth—though he did receive two honorary degrees and frequently returned to campus to lecture and give public readings.

In celebration of his birthday, we invited a few Dartmouth poets to College Park to share some of their own work. The poets read in and around the Bema, near Frost’s bronze statue. (The statue, by George Lundeen, was commissioned by the Class of 1961 in 1996.)

Matthew Olzmann—a senior lecturer in the Department of English and Creative Writing—reads his poem “Letter to the Person Who, During the Q&A Session After the Reading, Asked for Career Advice.” Originally published in the journal Waxwing, the poem describes “a catastrophic shortage / of bagpipe players, tombstone sculptors and tightrope walkers” and declares: “If I could do it over, I’d suggest an entry level position / standing by a riverbank.” Olzmann is the author of three collections of poetry, including the Kundiman Prize-winner Mezzanines, Contradictions in the Design, and the forthcoming Constellation Route. 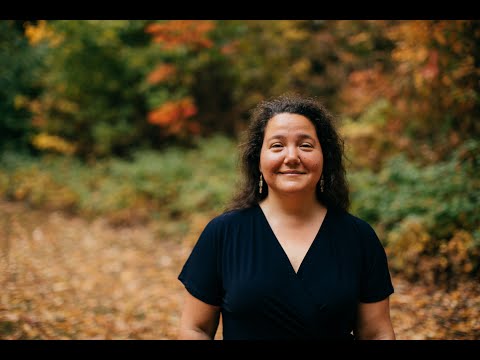 Rena Mosteirin ’05, a lecturer in the Master of Arts in Liberal Studies (MALS) program and owner of Hanover’s used bookstore Left Bank Books, reads from Moonbit, a hybrid work co-authored with her husband, Assistant Professor of English and Creative Writing James Dobson. The poems in Moonbit use the source code of the Apollo 11 guidance computer to make erasures, a poetic technique that, she says, “takes an established text, erases most of it, and makes meaning from what remains.” 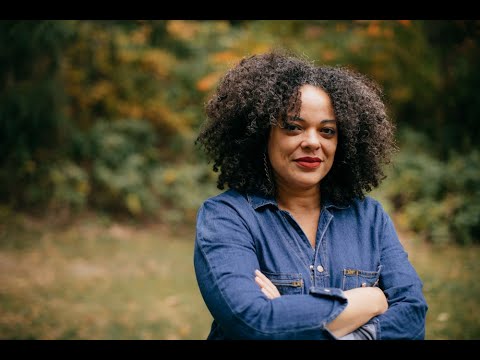 Kianny Antigua, a senior lecturer in the Department of Spanish and Portuguese, reads “The Rain” / La Lluvia“ in Spanish and English. The poem, which begins, ”La noche se abre y nace una paloma“ / ”The night opens and a dove is born,“ appears in her 2013 collection Cuando el Resto se Apaga. Originally from the Dominican Republic, Antigua is a prolific poet, novelist, translator, and children’s book author.

Ivy Schweitzer, a professor of English and creative writing, shares a poem set in the Main Street Museum in White River Junction, Vt. ”The funny thing is that of course Main Street Museum is not on Main Street—that tells you a little bit about the museum,“ she says. Schweitzer teaches in the Women’s, Gender, and Sexuality Studies Program. Recent projects include Occom Circle, a digital archive of works by and about Samson Occom; White Heat, a yearlong blog in which she tracks Emily Dickinson’s creative life week by week during 1862; and the documentary It’s Criminal: A Tale of Prison and Privilege, for which she served as a co-producer.

Director of Safety and Security Keiselim ”Keysi“ Montás—who is married to Antigua—reads, in Spanish and English, ”Invierno en Buenos Aires, Verano en Nueva York“ / ”Winter in Buenos Aires, Summer in New York,“ from his 2013 collection Allà. The poem begins, ”Hoy es un día menos y julio está aquí mañana“ / ”Today is one less day and July is here tomorrow." Montás is the author of several books of poems and essays and a collection of short stories. He is the founding editor of Élitro Editorial del Proyecto Zompopos, a small independent publisher.