Election to the NAS is among the highest honors a scientist can achieve. 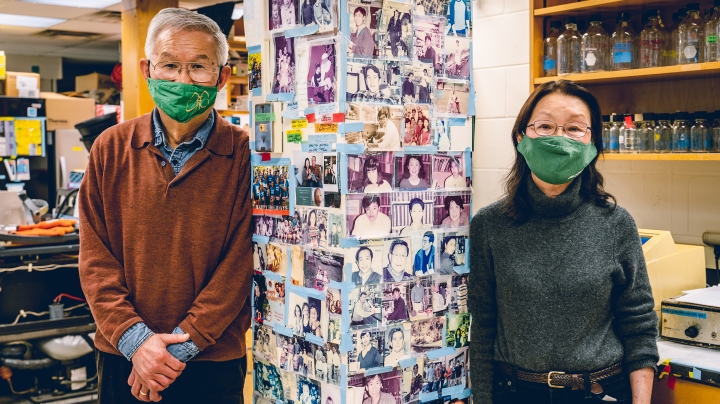 Ta-Yuan (T.Y.) Chang, a professor of biochemistry and cell biology at the Geisel School of Medicine, has been elected to the National Academy of Sciences (NAS), one of the country’s premier scientific societies.

Election to the NAS is among the highest honors a scientist can achieve, and recognizes distinguished and continuing achievements in original research. With its 120 new members (including 59 women and 30 international members) announced on April 25 at its annual meeting, the NAS now has 2,461 active members.

The Chang Laboratory has long been engaged in basic and translational research—using biochemistry, cell and molecular biology, nanotechnology, medicinal chemistry, and mouse models as investigative tools—to better understand cholesterol homeostasis, a fundamental process that plays an important role in health and in diseases.

In 1993, Chang and his team discovered what’s called ACAT1, a gene-encoding enzyme that controls how cholesterol is stored in cells and whose molecular identity had eluded researchers for more than 35 years.

Chang has been continuously funded by the National Institutes of Health (NIH) since 1977 and has received the NIH Research Career Development Award (1982-87) and NIH MERIT Award (1994-2004). He was elected an American Association for the Advancement of Science Fellow in 2011.

He has been a member of a number of prominent professional societies and has served on the editorial boards of several leading journals. He has authored over 100 publications and holds 10 scientific patents, and served as chair of the Department of Biochemistry from 2000 to 2008.