The visiting professor was honored for his account of Jamaica’s slave rebellion. 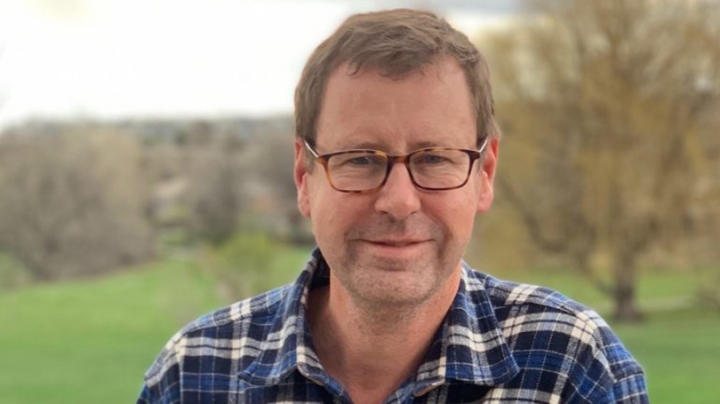 Tom Zoellner, a visiting professor and 2012 graduate of the Masters of Liberal Studies Program (MALS), has won the National Book Critics Circle Award for the best nonfiction book of 2020. Island on Fire: The Revolt That Ended Slavery in the British Empire (Harvard University Press) chronicles the rebellion led by Samuel Sharpe, an enslaved Jamaican activist and Baptist deacon.

“It’s a tremendous honor, getting the award,” says Zoellner. “I hope this book highlights the underappreciated heroism of Sam Sharpe and the approximately 70,000 people in Jamaica who took an enormous risk. Thousands paid with their lives for liberty. These enslaved people have not been given enough credit. They are largely responsible for their own abolition.”

The 1831 rebellion, Zoellner says, came at a pivotal moment in British history, forcing Parliament to weigh the costs and benefits of using slave labor to harvest sugar cane, and to view the slave trade through both an economic and humanitarian lens.

“In fact, I originally envisioned this book as a broad-scale look at that condiment, and the rebellion came up in the course of looking at sugar and its consequences,” he says. “Something about it just kind of got under my skin. Anyone who really looks at this rebellion is overcome with the ingenuity of some of the most oppressed people on the planet, as well as the brutality of the British and the consequence of the events around the globe.”

By 1834, slavery was abolished in most British colonies. Mining primary sources, Zoellner shines a bright light on Sharpe, who, though proclaimed a national hero of Jamaica in 1975, is not as well known elsewhere as Zoellner believes he should be. He says the rebel leader, who was publicly executed in 1832, used methods of resistance that were later emulated by Mahatma Gandhi, Martin Luther King, Jr., and the Black Lives Matter movement.

“If this book has even a tiny influence toward making us think about the Caribbean in a more complicated way, I’ll consider it a success,” he says.

Zoellner wrote about a third of the book on the fourth floor of Dartmouth Library’s Baker-Berry Library while he was teaching a MALS course. Nearly a decade earlier, he says, when he was a graduate student, the liberal studies program spurred his literary ambitions.

“MALS changed my life. I don’t think this book would exist without MALS, in terms of what I learned in that program, reading history in a multidimensional way, and trying to understand the intent of the writings in the archives,” he says. “MALS gave me the guts to dream big.”

Zoellner studied with the program’s chair, Donald Pease, the Ted and Helen Geisel Third Century Professor in the Humanities.

“Tom came to MALS in 2011, after he had already published several books,” Pease recalls. “He took my cultural studies class, and that’s where I recognized his talent for turning what otherwise might be somewhat detached, theoretical perspectives into vital, and—through his prose style—deeply engaging articulations of an issue or perspective.”

In addition to Island on Fire, Zoellner has written seven nonfiction books, including National Road: Dispatches from a Changing America (Counterpoint Press, 2021); Train: Riding the Rails that Created the Modern World (Penguin, 2014); and The Heartless Stone: A Journey Through the Worlds of Diamonds, Deceit, and Desire (Picador, 2007).  A professor of English at Chapman University, in Orange, Calif., he’s at work on a new project about his native Arizona.

“The title is Rim to River, a series of 14 essays that attempt to capture the heart of the Grand Canyon state, in the tradition of Wallace Stegner’s Mormon Country and Larry McMurtry’s collection of essays about Texas, In a Narrow Grave,” he says.

Wole Ojurongbe, director of MALS, says Zoellner’s journalism course, which he will teach virtually this summer, is “immensely popular” among students, who value the inclusive learning environment he creates.

“In this time when former colonial empires are being pushed to acknowledge, if not account and atone for their previous behaviors, Tom’s book serves to shed light on one impactful moment of that history,” says Ojurongbe. “The recognition of this award will help to move this discussion from a purely historically academic endeavor to a public discourse that improves our understanding of the world we live in.”