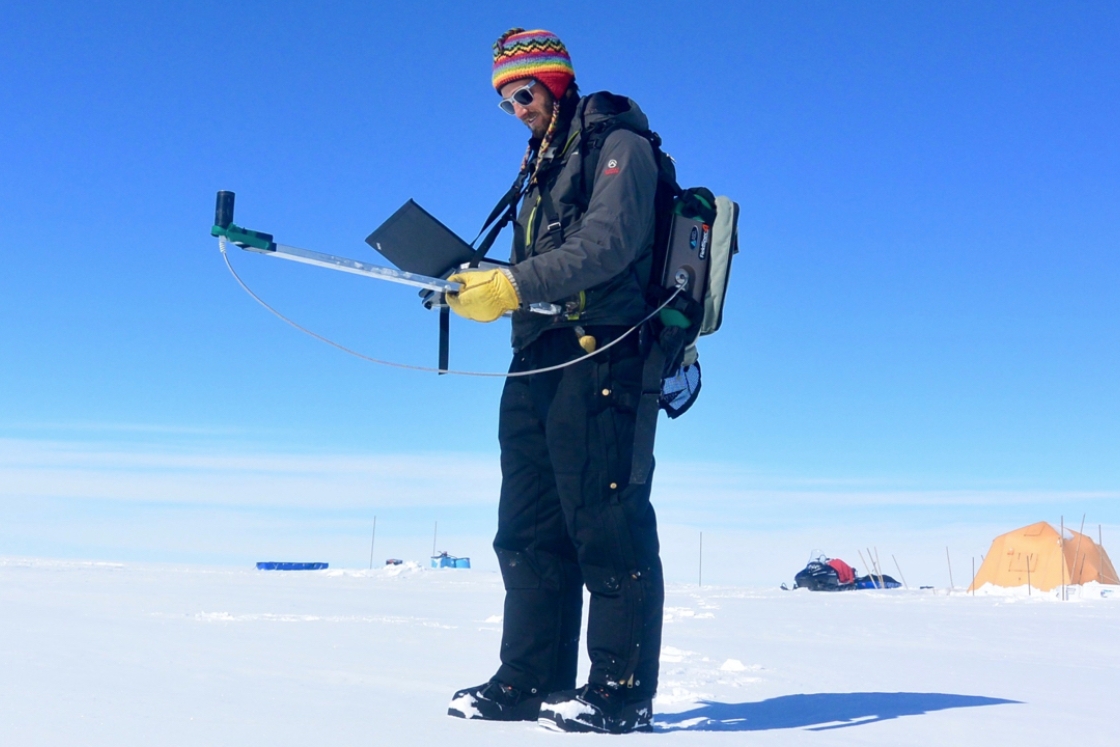 Gabriel Lewis, Guarini ’20, measures reflectivity on Greenland’s ice sheet during a 2016 research expedition. According to a Dartmouth research paper, a reduction in fresh snowfall has caused parts of Greenland to become darker and may lead to additional surface melt. (Photo by Forrest McCarthy)
5/17/2021
Body

A weather pattern that pushes snowfall away from parts of Greenland’s ice sheet is causing the continent to become darker and warmer, according to research published in Geophysical Research Letters.

The reduction in the amount of fresh, light-colored snow exposes older, darker snow on the surface of the ice sheet. The resulting decrease in reflectivity, known as albedo, causes the ice to absorb more heat, also likely contributing to faster melting. 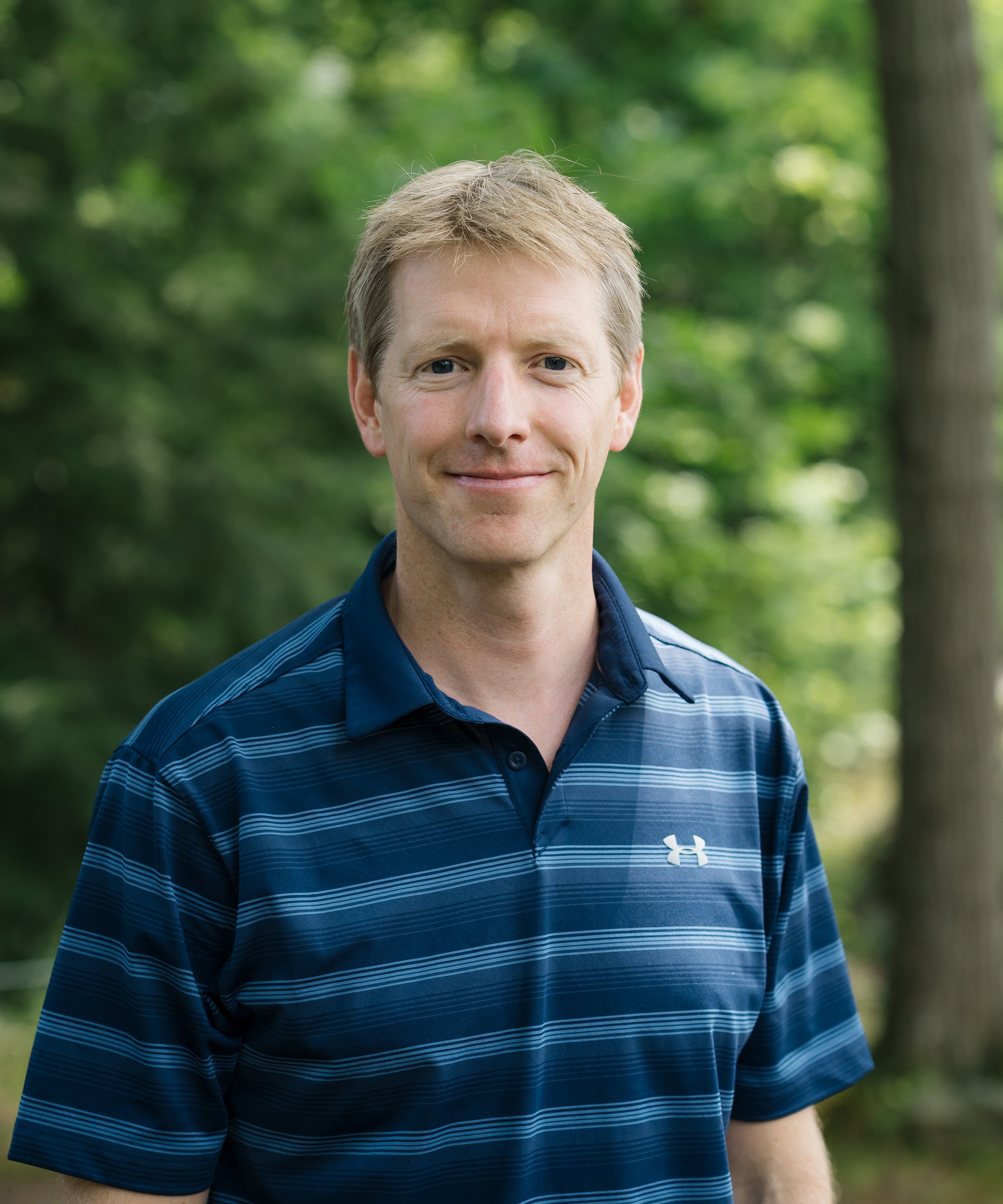 “As snow ages, even over hours to a few days, you get this reduction in reflectivity, and that’s why the fresh snow is so important,” says Erich Osterberg, associate professor of earth sciences and the principal investigator of the study.

According to the research, the decrease in snowfall is the result of “atmospheric blocking” in which persistent high-pressure systems hover over the ice sheet for up to weeks at a time. The systems, which have increased over Greenland since the mid-1990s, push snowstorms to the north, hold warmer air over Western Greenland, and reduce light-blocking cloud cover.

“It’s like a triple whammy effect,” Osterberg says. “This all contributes to Greenland melting faster and faster.”

According to the research, the result isn’t only less snowfall, it’s a different type of snow on the surface.

As snowflakes melt or evaporate, they become rounded and less reflective than newer, crystal-shaped snow. This causes the snow surface to become darker. According to the research team, a 1% change in reflectivity across Greenland’s ice sheet could cause an additional 25 gigatons of ice to be lost over three years.

“Fresh snow looks like what you would draw in a kindergarten class or cut from a piece of paper – it’s got all these really sharp points, and that’s because it’s extremely cold in the atmosphere when the snow falls,” says Gabriel Lewis, Guarini ’20, the first author of the study. “Once it falls and sits on the surface of the ice sheet in the sun, it changes shape and the snow grains become larger over time.”

The team gathered data for the study in 2016 and 2017 during a two-summer 2,700-mile snowmobile trek across a region of Greenland’s ice sheet known as the western percolation zone.

The researchers found only about 1 part per billion of impurities in the snow. This helped them determine that the changing shape of snowflakes, forced by the persistent high-pressure systems, was the likely cause of the darkening, rather than soot, dust, or microorganisms.

“It’s some of the cleanest snow in the world,” says Lewis, “In our research area, the impurities do not appear to be enough to account for the change in albedo other research teams have reported.”