Dartmouth’s Adina Roskies Explores the Nature of Free Will

A new article investigates the link between activity in the brain and human behavior. 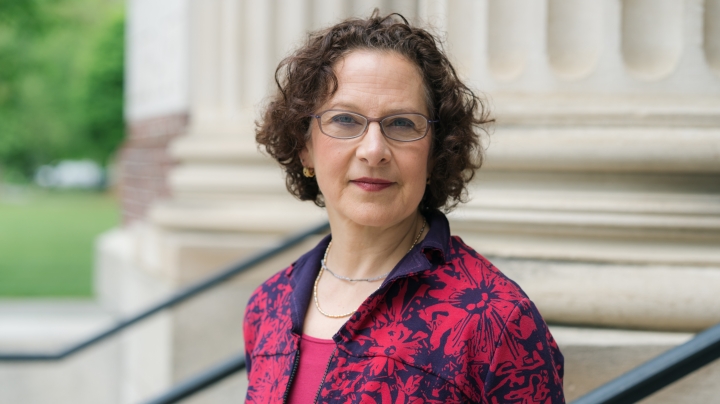 For decades, researchers have debated whether the buildup of certain electrical activities in the brain indicates that human beings are unable to act out of free will.

Experiments spanning the 1960s and 1980s measured brain signals noninvasively and led many neuroscientists to believe that our brains make decisions before we do—that human actions were initiated by electrical waves that did not reflect free, conscious thought.

However, a new article in Trends in Cognitive Sciences argues that recent research undermines this case against free will.

“This new perspective on the data turns on its head the interpretation of well-known findings,” says Adina Roskies, the Helman Family Distinguished Professor and professor of philosophy, who reviewed the latest research and co-wrote the article. “The new interpretation accounts for the data while undermining all the reasons to think it challenges free will.”

The debate over free will centers mostly around research from the 1980s that used electroencephalograms to study brain activity. The EEG-based research measured when electrical signals begin to build in the brain relative to when a person is aware of the desire to make a movement. The averaged data described a buildup of activity in the brain before movement that became known as the “readiness potential,” or “RP.”

The 1980s research, conducted by neurophysiologist Benjamin Libet, contended that if the readiness potential was evident prior to a person having a conscious thought about moving, free will could not be responsible for either the buildup of electrical signals or the subsequent movement.

According to the research team, which incuded co-author Aaron Schurger, an assistant professor of psychology at Chapman University, Libet’s logic was sound, but was based on a premise that is likely false.

The article highlights new research using computational modeling that indicates that the standard interpretation of the readiness potential should be reassessed, particularly for its relevance to the question of free will.

“These new computational models account for the consistent finding of the readiness potential without positing anything like an RP in individual trials,” says Roskies. “The readiness potential itself is a kind of artifact or illusion, one which would be expected to appear just as it does given the experimental design, but doesn’t reflect a real brain signal that begins with the RP onset or is read out by other areas.”

False positives, in which readiness potential is observed but fails to initiate movement, and inconsistencies in the amount of time between the buildup of the brain waves and movement also complicate the understanding of the connection between the electrical activity in the brain and free will.

Finally, the article emphasizes the philosophical aspects of attempting to address the problem of free will with brain data.