Ernest J. Moniz received an honorary degree from Dartmouth in a virtual ceremony held in May. 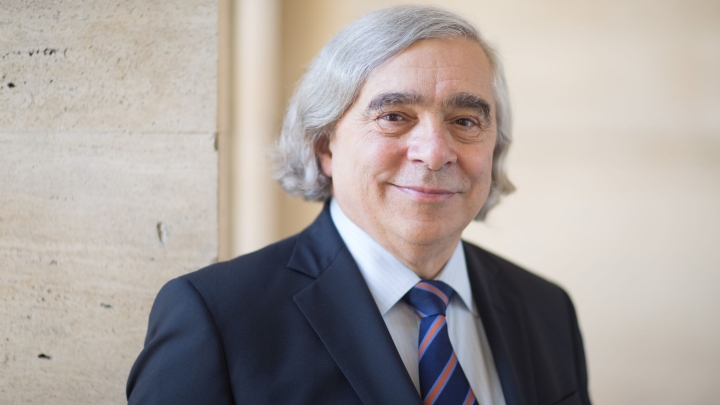 ERNEST J. MONIZ, as an American nuclear physicist, respected government official and celebrated professor, you put energy innovation and nuclear security at the forefront of our national priorities while elevating the role of science in statesmanship.

In 2013, you were Presidentially-appointed and unanimously confirmed as our nation’s 13th Secretary of Energy. In that role, you led U.S. efforts to advance the development of alternative forms of energy while, at the same time, working to increase energy efficiency and combat global warming.

With tremendous skill and diplomacy, you played a pivotal role alongside then-Secretary of State John Kerry in negotiating the historic 2015 Iran nuclear deal, which not only led to a rollback of Iran’s nuclear program, but installed critical and unprecedented inspection and verification measures. That same year, you served as a key coalition builder for the Paris Agreement and chief architect of Mission Innovation, a multi-national initiative that dramatically accelerated public and private global clean energy innovation.

Known for your pragmatic optimism, you’ve distinguished yourself as a brilliant scientist and a gifted leader whose career serves as a blueprint for how science can be used to inform policy and lead to better solutions to the world’s most vexing problems.

For your distinguished service to our country on matters of climate and nuclear security and your belief in the power and promise of science and technological innovation, Dartmouth is proud to award you the Honorary Degree of Doctor of Science. 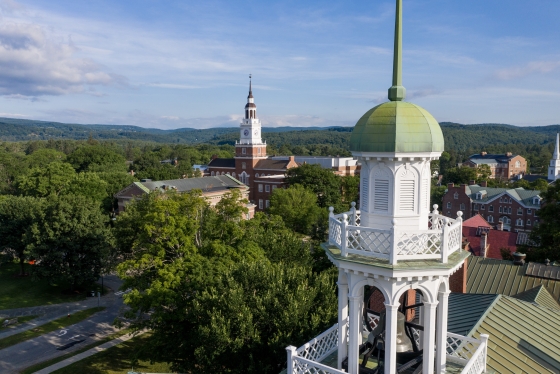