The Night Watchman celebrates her grandfather’s fight for tribal sovereignty. 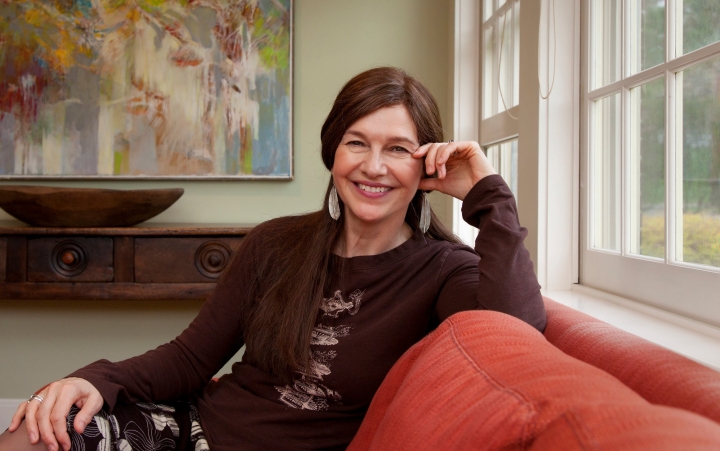 Louise Erdrich ’76 has won the 2021 Pulitzer Prize for fiction for her critically acclaimed novel The Night Watchman (Harper 2020). The awards were announced on June 11.

Described on the Pulitzer website as “a majestic, polyphonic novel about a community’s efforts to halt the proposed displacement and elimination of several Native American tribes in the 1950s, rendered with dexterity and imagination,” the story is based on the life of Erdrich’s activist grandfather, a night watchman at a factory near the Turtle Mountain Reservation in rural North Dakota.

Erdrich is a member of the Turtle Mountain Band of Chippewa and the mother of Aza Erdrich Dorris ’11.

“This is my grandfather’s story, and the prize made my mother happy,” Erdrich said upon hearing the news. “Thank you, Richard Corum, A.B. Paulson, Brenda Silver, and the other Dartmouth professors who encouraged my writing.”

“I hope we never take for granted the gift of storytelling that Louise Erdrich has shared with us for decades,” says N. Bruce Duthu, the Samson Occom Professor of Native American Studies. “Perhaps more than any other contemporary writer, Louise has helped to elevate the national IQ on issues of social, historical, and legal significance relating to Native peoples. She is a national treasure.”

Erdrich was a Montgomery Fellow at Dartmouth in 1992, 2011, and 2012. In 2009, she gave the commencement address on the Green and received an honorary degree.  In a 2015 profile in Dartmouth Alumni Magazine, she spoke about the dangers of climate change as well as “the environmental damage being inflicted on the landscape of her childhood, which she sees regularly when visiting friends and family in North Dakota.” In 2019, the magazine named her one of Dartmouth’s 25 most influential alumni.

“Erdrich arrived auspiciously at Dartmouth in red cowboy boots as a member of its first coed class and first modern Indigenous cohort, and she graduated in a pair of refurbished moccasins,” the magazine reported. “She worked odd jobs—waiting tables, editing a newspaper, teaching poetry to inmates—while establishing herself as a poet, then as a short story writer, and, finally, in 1984 as a bestselling author with her debut novel, Love Medicine, whose ‘beauty … keeps us from being devastated by its power,’ raved Toni Morrison.” 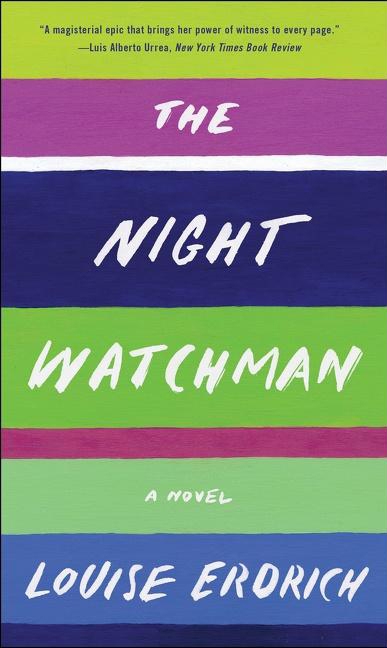 Interviewed about The Night Watchman on National Public Radio’s Fresh Air, Erdrich said it was while reading her grandfather’s letters, written in 1954, the year she was born, that she first discovered the pivotal role he had played, with an eighth-grade education, in successfully opposing federal legislation to terminate five tribes.

“It astounded me, and I’m grateful to him for what he did. But also, I believe what he did inspired other tribal nations to fight back against termination, and it was a long, brutal fight for survival. Not until the ’70s did Richard Nixon end termination and proclaim that the new order of the day would be sovereignty. That started us on an entirely different path,” Erdrich said.

Erdrich is the author of 16 other novels, volumes of poetry, children’s books, and a memoir. Her fiction has won the National Book Award and two National Book Critics Circle Awards. She lives in Minnesota and is the owner of Birchbark Books, a small independent bookstore.