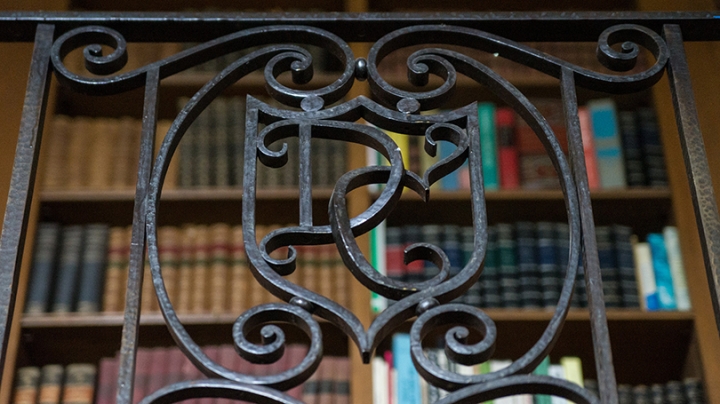 Associate Professor of English and Creative Writing Vievee Francis has won the Sewanee Review’s 2021 Aiken Taylor Award in Modern American Poetry. Every year since 1987, the Sewanee Review has honored a distinguished poet in the maturity of their career with the Aiken Taylor Award. Francis joins other eminent poets who have received the award, including Louise Glück, Henry Taylor, Billy Collins, Donald Hall, and Heather McHugh. “Vievee Francis is a poet whose work is suffused with abundance: of what emerges from earth, of stories told by those who live upon it, and of the ravages visited on the same, all shaped by a singular voice expressing the full range and intensity of human feeling,” writes the Sewanee Review.

Grant Gutierrez, Guarini ’21, a graduate student in Ecology, Evolution, Environment & Society (EEES), has been awarded an environmental fellowship from the Switzer Foundation for his research and graduate work. “His research is situated at the intersections of environmental justice, watershed restoration sciences, and political ecology,” notes the foundation’s page about his fellowship.

Associate Professor of History Stefan Link’s book Forging Global Fordism: Nazi Germany, Soviet Russia, and the Contest over the Industrial Order (Princeton University Press, 2020) has received two honors from the Society for the History of American Foreign Relations: the society’s best first book award and an honorable mention for the society’s Hunt prize (which goes to the best book in international history). Link specializes in economic history, business history, and the intellectual history of capitalism.

The Dartmouth Professor in English and Creative Writing Peter Orner has received the Edward Lewis Wallant Award, which is presented annually by the Maurice Greenberg Center for Judaic Studies at the University of Hartford to an American writer whose published creative work of fiction is considered to have significance for American Jews. A panel of three critics serve as judges, and seek out a writer whose work bears a kinship to Wallant’s. “In his sixth book, Maggie Brown & Others, Orner has managed his most sustained achievement yet: 44 stories, many as short as a few paragraphs, none longer than 20 pages. ... While recurrent characters appear in different stories and some of the stories are linked, Orner achieves his effects with subtlety, so that part of the pleasure for readers of this collection is in discovery and making the connections that Orner has movingly built into the book,” wrote the award panel.