Have a Favorite Linguistics Meme? There’s a Club For That

The Dartmouth Undergraduate Linguistics Club offers a place to learn and connect. 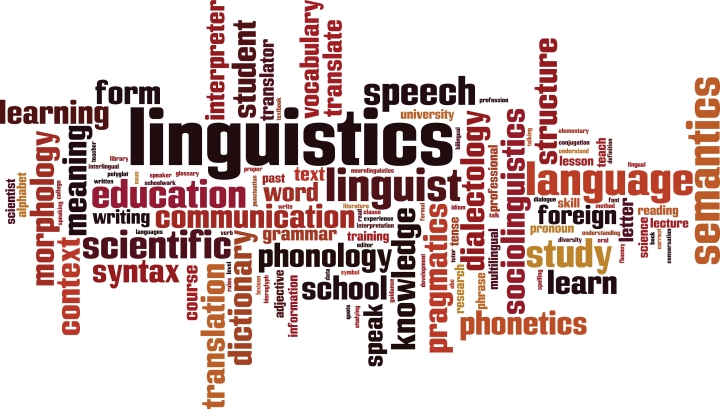 For co-president Brandon Zhou ’22, the Dartmouth Undergraduate Linguistics Club offers a unique chance to connect with peers who share his interest in the scientific study of language.

That includes telling jokes he “definitely could not share anywhere else,” says Zhou, a government and linguistics major who provided a convincing, internet search-provoking example.

But newbies need not worry; no experience is required to join.

The club, which came online—literally—last fall, promotes opportunities for students to learn from each another, faculty, and outside researchers. Its goal is to build a community grounded in the study of linguistics.

The newly formed club complements the activities the Department of Linguistics already sponsors, such as research roundtables and social events, says Zhou, who founded DULC with fellow ’22s and co-presidents Guhui Zhang and Angela Burns.

For its inaugural event, the club co-organized the department’s annual homecoming talk, which was virtual last year, and added a new twist, recruiting alumni for a chat with current undergraduates.

The students’ enthusiasm and energy made for a more vibrant environment than that of a typical Zoom event, says linguistics professor and department chair James Stanford.

Stanford, who is DULC’s adviser, says the department faculty are excited about the club and were especially grateful to have it this year, because of the pandemic.

The faculty had previously discussed the idea of creating something similar, but it took motivated students to make that a reality, he says. “We’re very impressed with their success, and we look forward to many, many years of this club.”

During its first year, DULC also hosted game nights, podcast discussions, an alumni career panel, and a showcase for student and faculty research.

Being able to interact with classmates at a time when in-person interactions were not encouraged “certainly made me feel less lonely,” says Zhang, a mathematical data science and linguistics major from Shanghai.

Zhou says the club has had great support from Stanford and the entire department, and faculty members have spoken at DULC events on topics ranging from tonal languages to psycholinguistics and neurolinguistics.

Zhang is a research assistant for Associate Professor of Linguistics Laura McPherson, studying aspects of Seenku, a language spoken in southwestern Burkina Faso. Burns, a linguistics major from Camp Hill, Pa., has been involved in research about New England English, including a study of African-American English in the Boston area.

“We really are all over the map with the research we are doing, and the people we are asking to speak,” says Zhou, of Vancouver, who is writing a senior honors thesis about language acquisition.

While the club will look different this year—having been founded during the pandemic, its to-do list includes transitioning to in-person meetings—the focus won’t change.

The overarching goal will be to form that community and provide a space for people to engage in linguistics outside of the classroom.

“The overarching goal will be to form that community and provide a space for people to engage in linguistics outside of the classroom,” Zhou says. “Holding that space for students will be really important.”