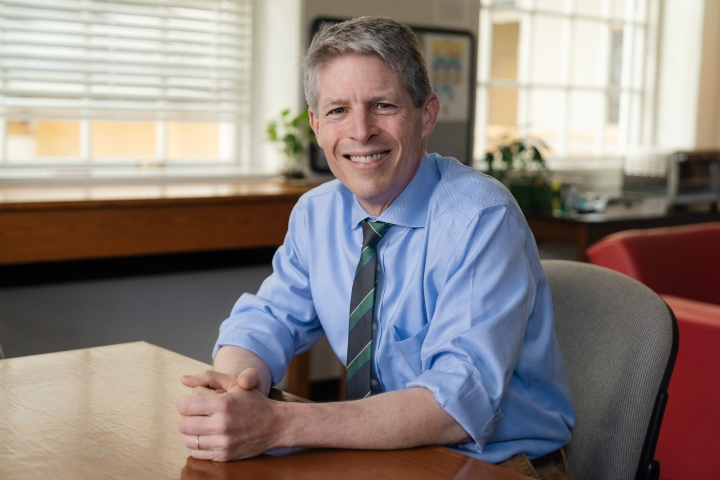 John Carey, the John Wentworth Professor in the Social Sciences and the associate dean for the social sciences, recently co-authored, with Andrew Reynolds, a senior research scholar in the School of Public and International Affairs at Princeton University, an op-ed for The Washington Post reflecting on the United States’ efforts to bring democracy to Afghanistan. Carey, an expert on the establishment of democratic institutions, spoke with Dartmouth News more broadly about his work as an adviser to the U.S. Department of State, the International Foundation for Electoral Systems, the National Democratic Institute, and the International Republican Institute.

Where have you done this kind of fact-finding and analysis?

I’ve travelled to Jordan, Tunisia, Yemen, the Philippines, Bolivia, South Sudan, and Nepal. You do prep work ahead of time with the aid agency people that you’re going to be working with, and then you go to the country and meet with a lot of different political actors on the ground.

When did you go to Afghanistan?

That trip was organized in 2012 by the U.S. State Department. I met with some Afghan members of parliament, with human rights organizations, and with women’s rights organizations. I also met with foreign diplomatic staff on the ground in Afghanistan, both from the United States and from other countries, and with members of the United Nations Development Program, which had a permanent office in Kabul at the time. You gather feedback from as wide a range of people as you can, and you disseminate your ideas.

In Afghanistan, how did you convey your suggestions about fostering democracy?

It varied according to whom I was speaking. I prepared a PowerPoint presentation about electoral system design. Afghanistan had an electoral system in place for 10 years that I thought was fundamentally flawed. So my message was, “This is a bad idea, and there are simple reforms that you could undertake that I think would improve things pretty dramatically.” But when you’re meeting with an individual government minister, you’re not necessarily going to pull out a PowerPoint presentation. It’s more of an opportunity for one-on-one conversation.

Job one is to try to get widespread buy-in to any type of political system you’re trying to set up.

As you wrote in the op-ed, Afghanistan is a deeply divided country, and the systems by which people vote or govern, in your view, needed to take multiple factions into account. What led you to that conclusion?

There is a large number of different ethnic groups, all of which have pretty substantial populations. There are religious divisions, Sunni and Shia. There are linguistic divisions with a lot of different languages spoken in the country, and a huge number of cross-cutting ethnic loyalties and identities. So you definitely want to have a system of government that minimizes winner-take-all stakes. That’s the first principle, because if there’s only a single winner, that means you’re going to have a lot of groups excluded. And really, job one is to try to get widespread buy-in to any type of political system you’re trying to set up. It’s also critical to put strong incentives into the rules of political competition for people to come together, to form broad coalitions, to counteract that natural fragmentation. But instead, what Afghans did—and there was a huge amount of American influence at that juncture—was to create an election law that really does the reverse. This particular system, single non-transferable vote, doesn’t reward coalition-forming. It actually punishes it in an idiosyncratic way.

How much does this field work for governments shape your own learning and teaching?

The trips that I’ve made and the contacts that I’ve established often do find their way back into my academic research. For example, right now I’m working on a document that eventually will make recommendations about electoral system design in Tunisia. The writer, a British scholar, had seen some of the analysis that I had done on earlier Tunisian elections, and he asked me if I could replicate that for the most recent election. He’s on the ground there. He got the data. He sent it to me. I did the analysis. We’ve been corresponding by email, and now we have a draft paper that we’re working on, which combines some of the work that I had invested in a while ago with his on-the-ground knowledge right now. And we’ll submit that to an academic journal, probably sometime this fall, when we get it finished. If I produce a report that I think is of interest or write a paper, I’ll bring that into my classes. These kinds of questions motivate students because they are concrete and have a real-world application.