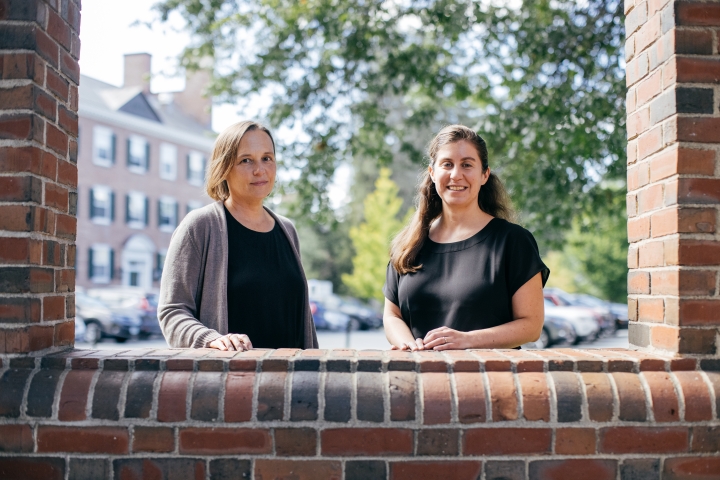 Two Dartmouth economists are leading an effort to bring more women into the field of international economics.

Meredith Startz, assistant professor of economics, and Nina Pavcnik, the Niehaus Family Professor in International Studies, have been collaborating for two years to develop a network dedicated to bringing junior and senior women together for mentoring and networking in international economics.

With support from the Department of Economics and the Globalization Cluster, Startz and Pavcnik have organized the second Women in International Economics Conference, which will be held on Zoom on Thursday and Friday.

“Gender imbalance has been a problem in economics forever,” says Startz. The number of women with PhD’s in economics increased from the 1970s through about 2005, when the trend plateaued at just under a third of assistant professors hired in economics departments being women.

The effort began several years ago with Startz and three other recent economics PhDs from other institutions coming together to share frustrations and offer one another support in the face of the hurdles they discovered to advancing in their field.

The idea was to build a network of contacts, mentors, and role models to open the door for early career academics to access the “hidden curriculum” of the field, Startz says.

“By that I mean the kind of advice that you don’t even necessarily know to ask for, but if you’re part of a friendly network someone will give you that kind of advice.”

Pavcnik, who got involved with the network before Startz had joined the faculty at Dartmouth, says the effort to address the issue of diversity in international economics in a formal way is long overdue.

“I’m just very impressed and grateful to the four of them for starting this,” Pavcnik says.

When she joined the faculty in 1999, Pavcnik says, Dartmouth was one of only a handful of institutions with senior women in international economics.

“I interviewed in departments at some other universities that had not had a single woman, regardless of the field. When I came here, Nancy Marion was in my field and there were other women in the department. I was very fortunate to work with Nancy,” Pavcnik says.

Marion, the George J. Records 1956 Professor of Economics Emerita, retired in 2020 after 44 years at Dartmouth. She was the first woman to earn tenure in the economics department.

“We have a reputation of being a very collegial place to present and to mentor women,” Pavcnik says. “But it’s important to stay ahead of the curve.”