The spark that started with the bonfire spread to a spectacular weekend of homecoming sports. On Saturday, Big Green football fans, including President Philip J. Hanlon ’77 and Gail Gentes, were brought to their feet cheering as Dartmouth beat Yale 24-17 in overtime in front of the largest student crowd in eight years at Memorial Field. Earlier in the day, women’s rugby brought the fire to Brophy Field, defeating Mount St. Mary’s 70-0. "That’s right, seven-zero to nothing,” Cheryl Bascomb ’82, vice president for alumni relations, said later. Homecoming sports events also included a home game for field hockey, a sailing team-hosted regatta at Mascoma Lake, and an equestrian show hosted at Morton Farm. 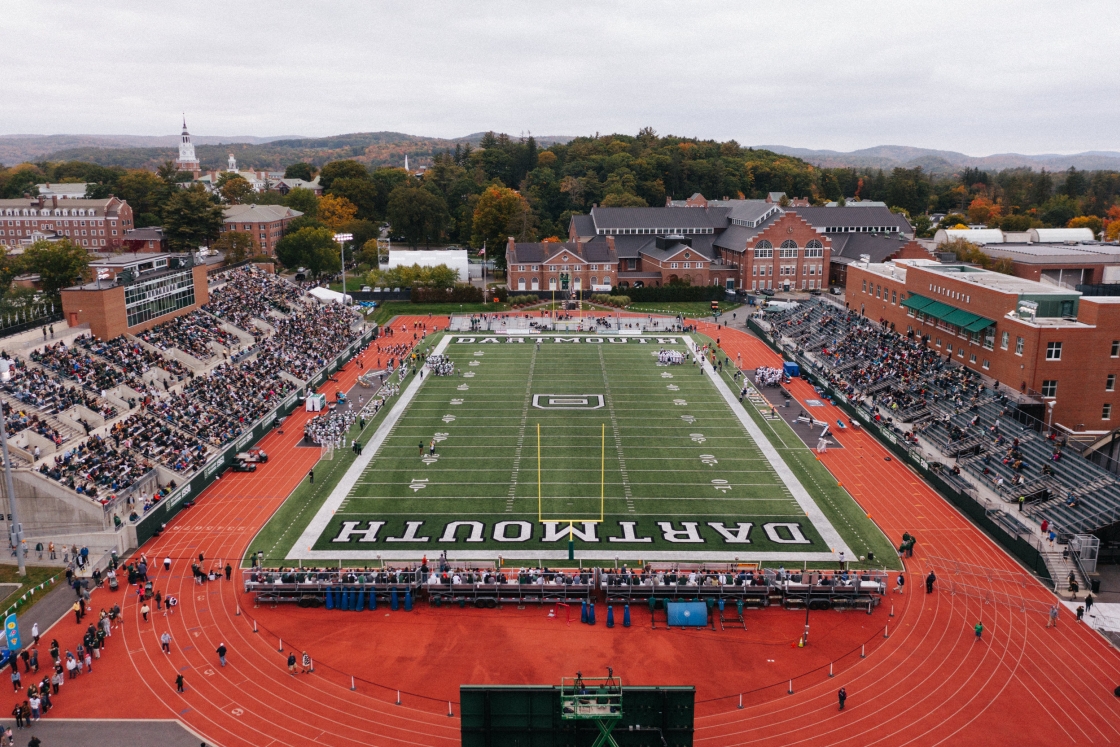 More than 10,079 fans, including an eight-year record of more than 2,000 students, saw Dartmouth defeat Yale Saturday at Memorial Field in a 24-17 overtime victory. (Photo by Robert Gill)
Image 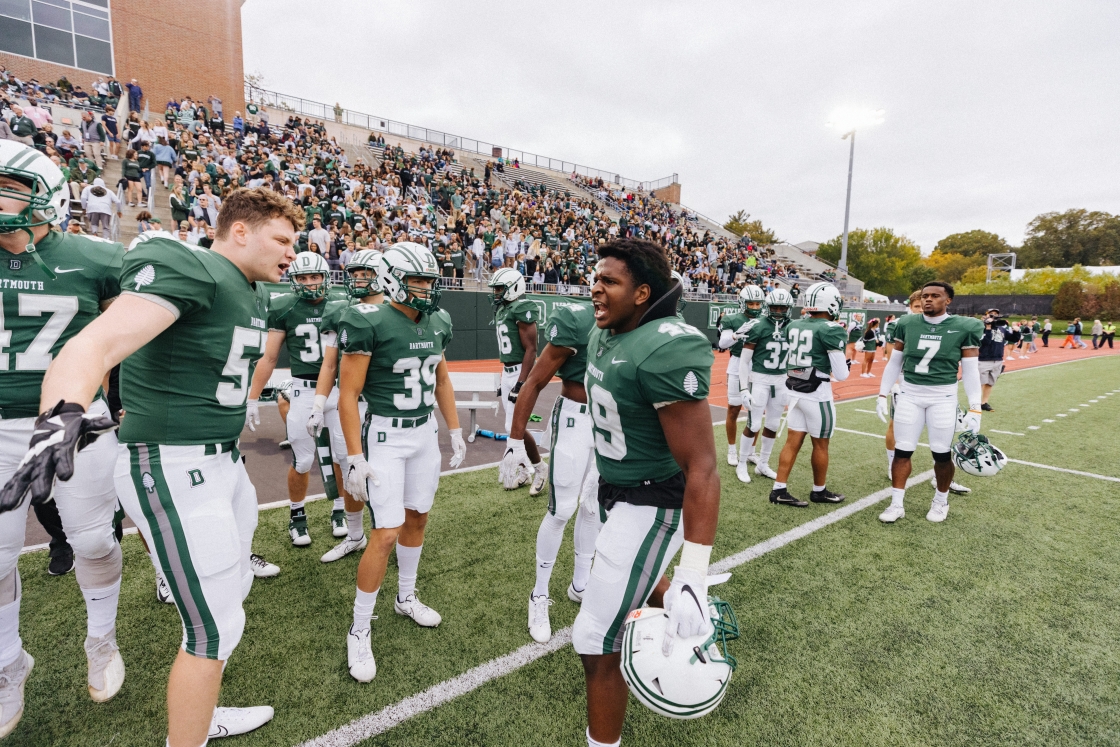 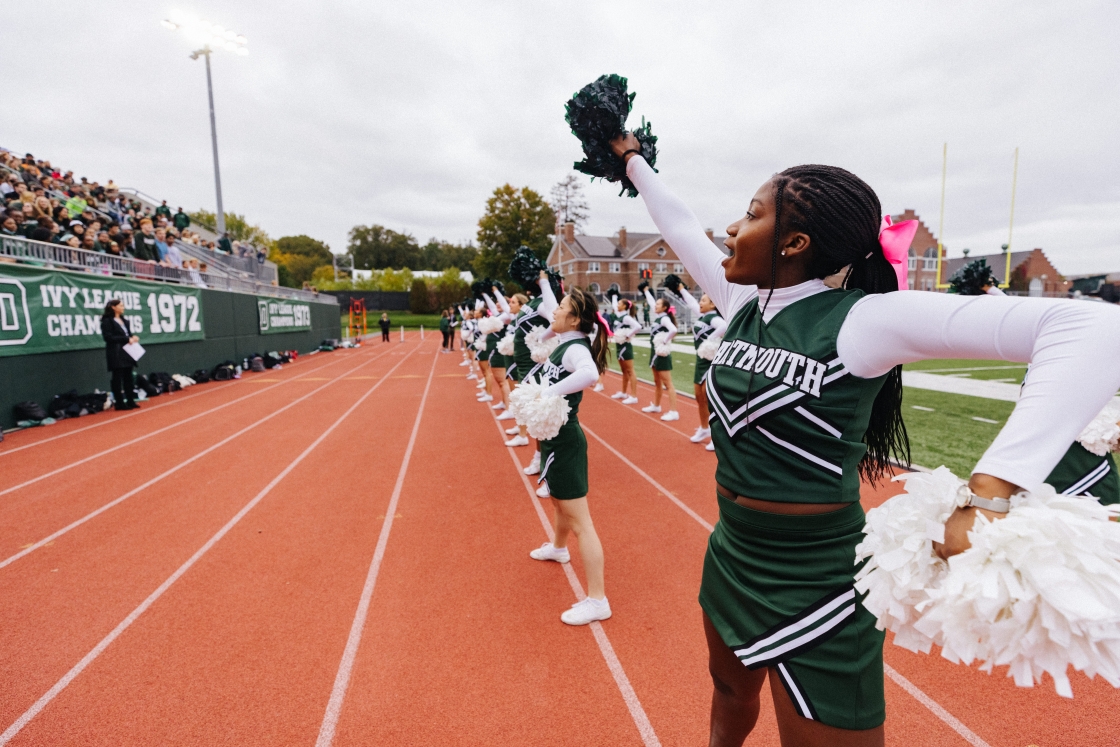 The Dartmouth cheerleading squad spurs on the fans at Saturday’s game. (Photo by Robert Gill)
Image 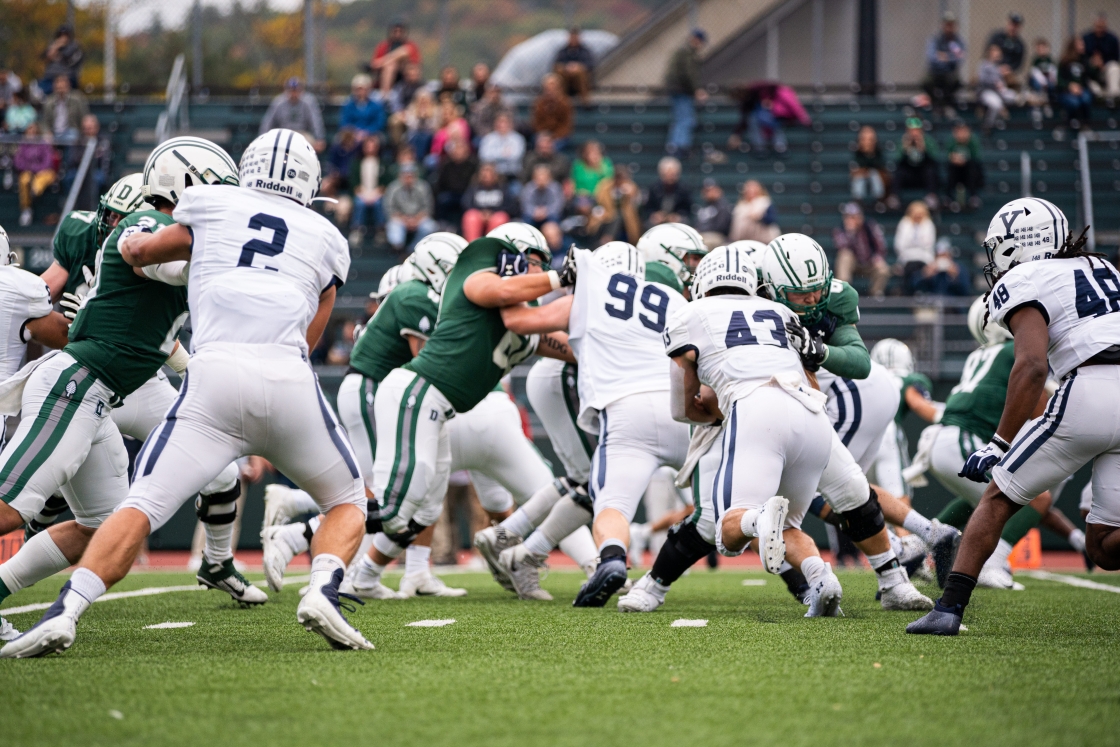 Yale took a 17-14 lead with 2:34 left in regulation play when quarterback Derek Kyler connected with Paxton Scott to get into field-goal range and force the overtime. (Photo by Julia Levine ’23)
Image 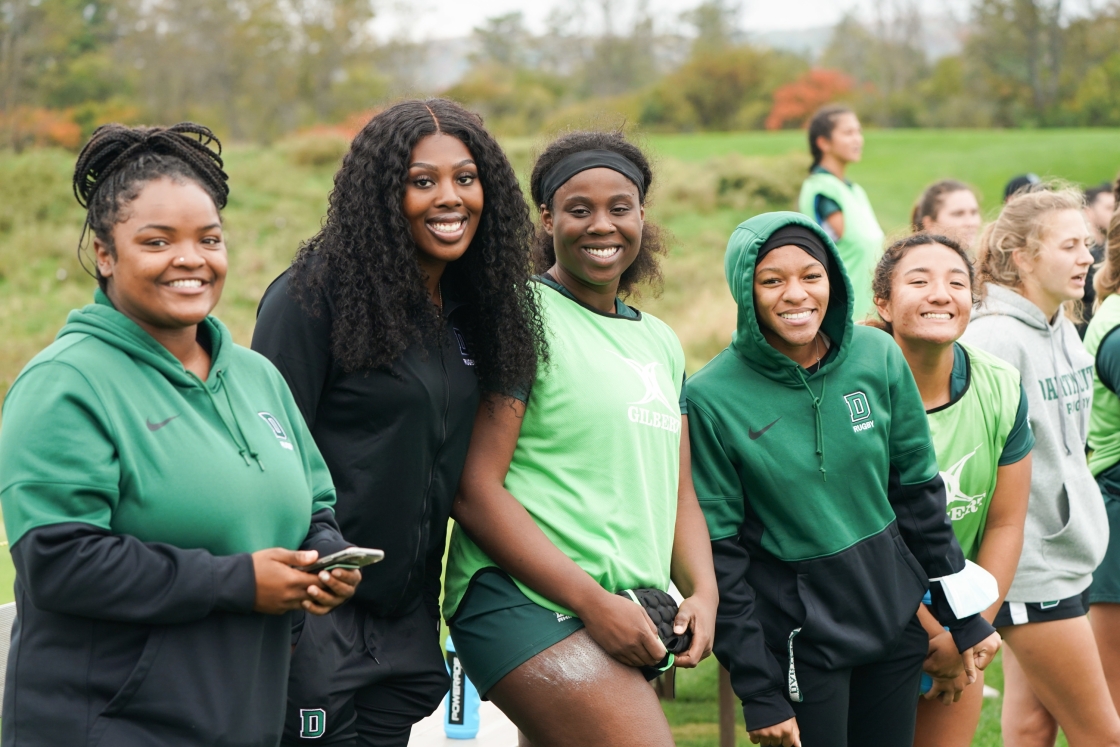 Rugby fullback Anjali Pant ’24 hangs on to bring down her opponent. (Photos by Eli Burakian ’00)
Image 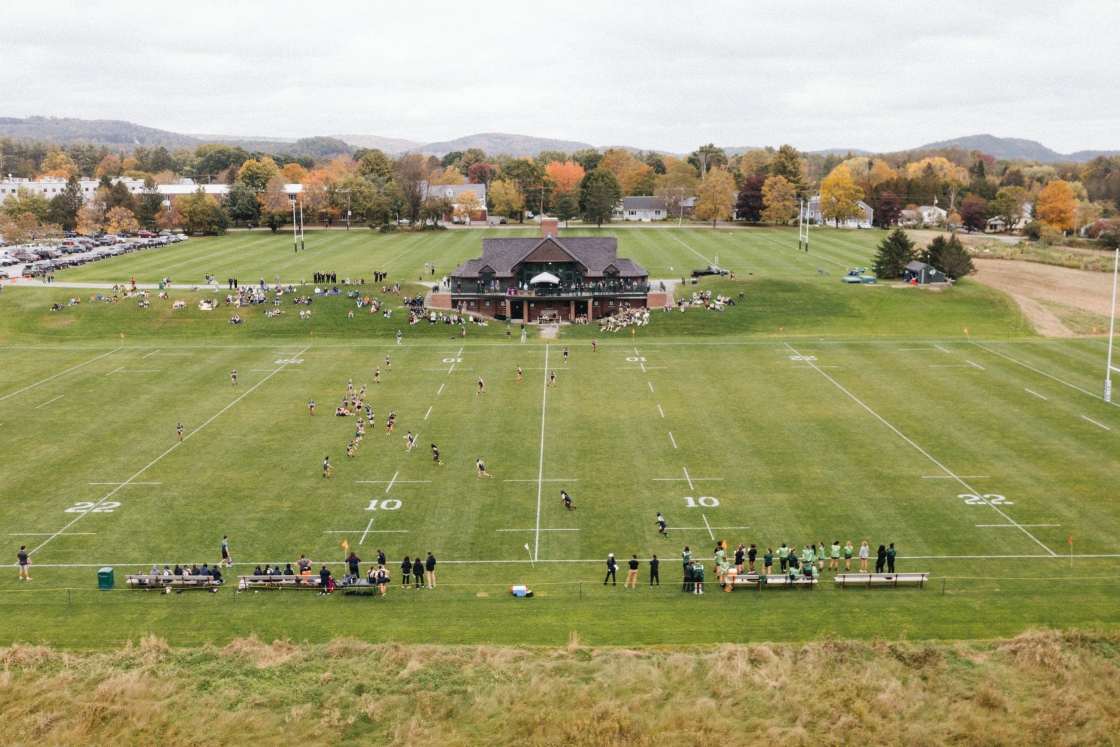 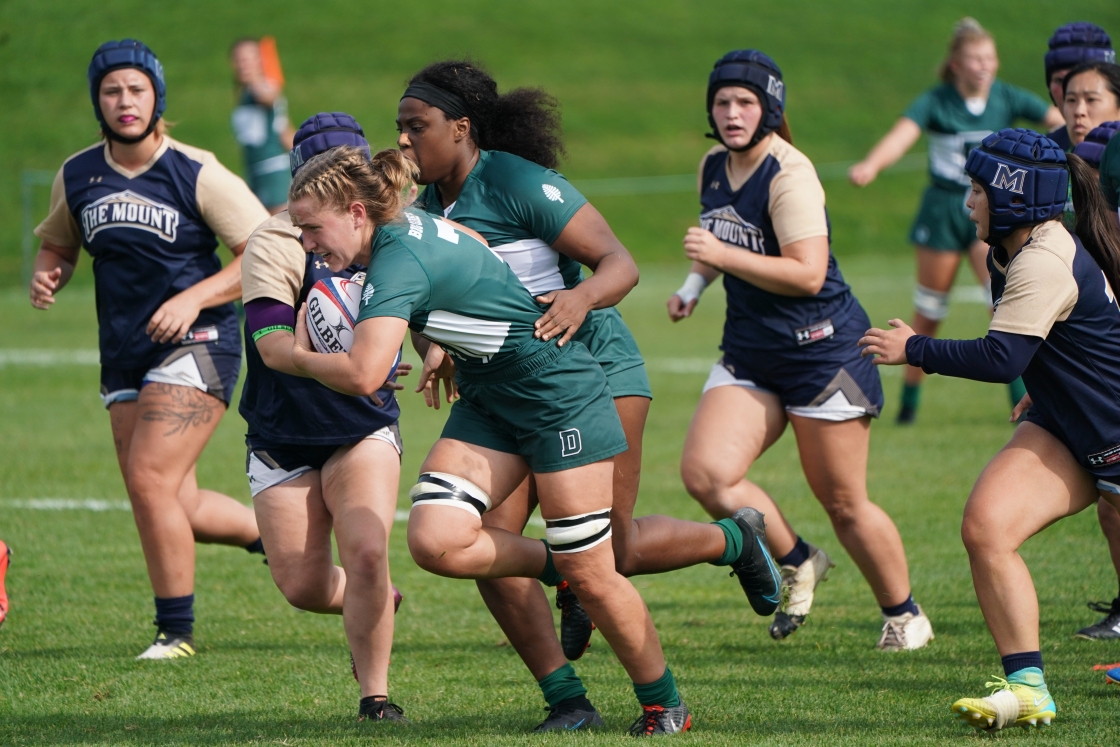 Sophia Haley ’22, center, and Idia Ihensekhien ’21 are in the thick of the action. (Photo by Eli Burakian ’00)
Image 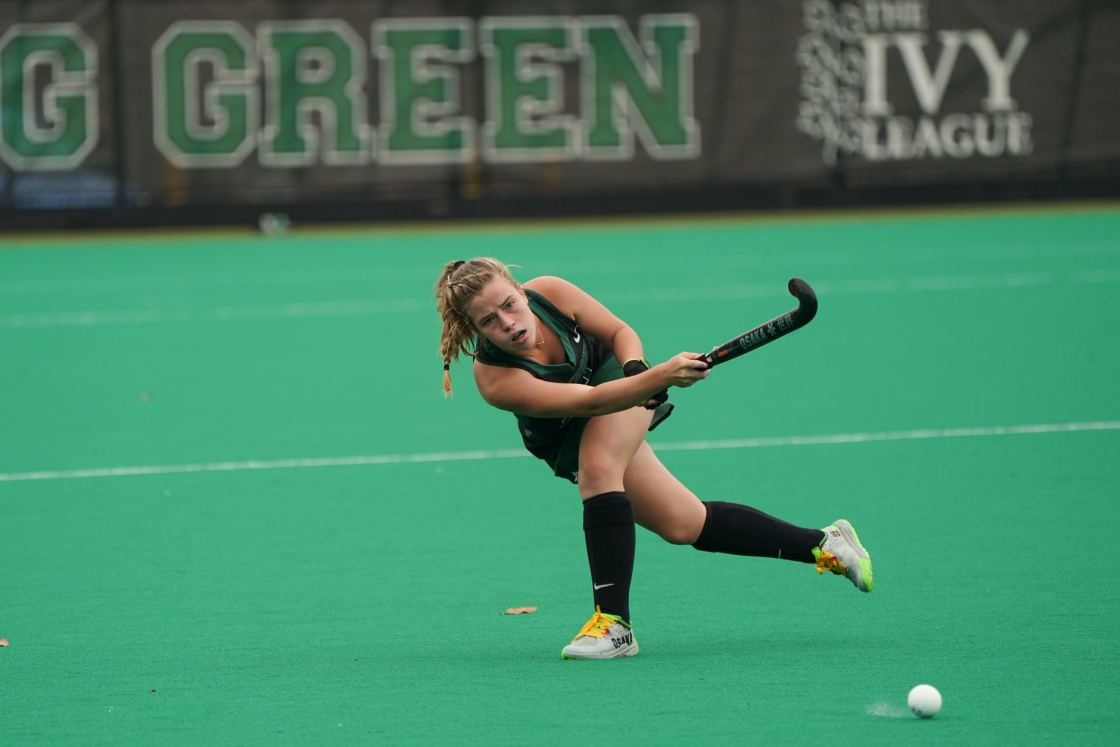 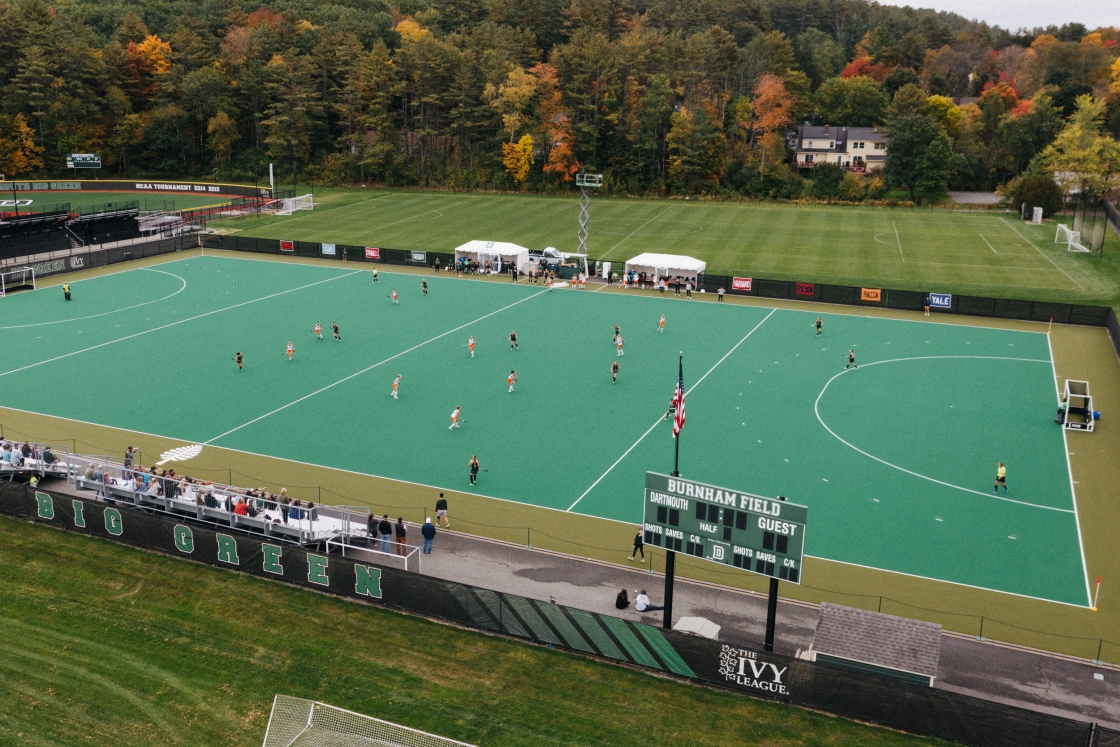 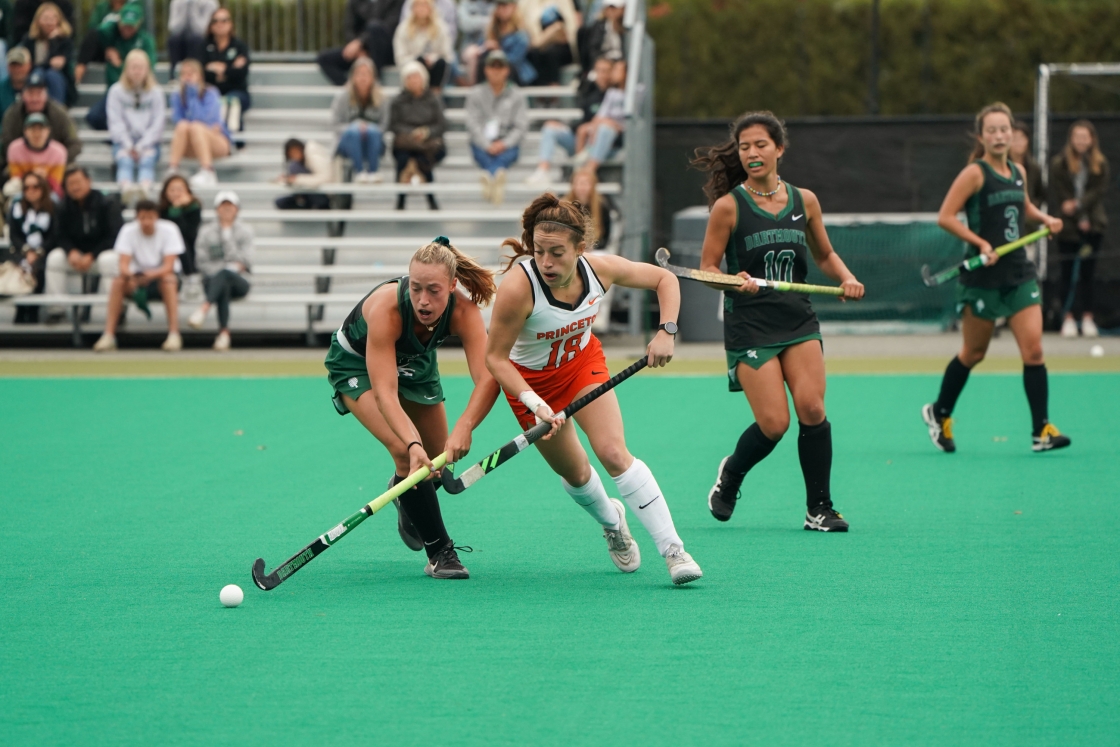 Forward Holley Cromwell ’23 edges out a Princeton opponent with Bee Hollyer ’22 and Lila Browne ’24 ready for the assist. (Photo by Eli Burakian ’00)
Videos

Description
Get a time-lapse view of the resurfacing and painting process.
Video
Thumbnail 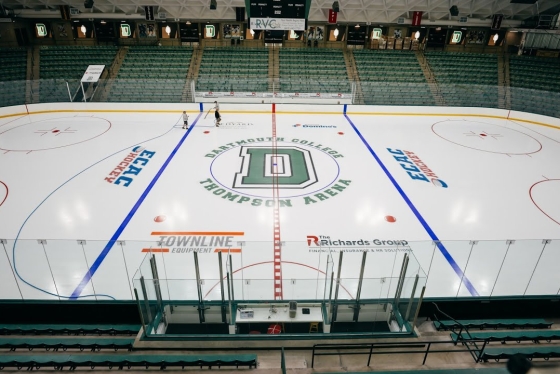