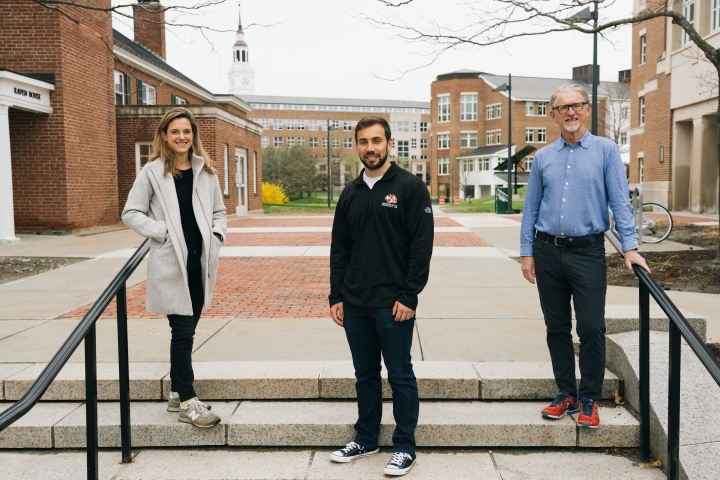 When you’re stressed, do you ever feel like you just don’t want to be around other people? A new study published in the journal Emotion has found that greater levels of stress on a given day can predict decreases in social interaction the following day.

“Our findings show that people who experienced more stress on one day, socialized less with others the next day,” says senior author Meghan Meyer, an assistant professor of psychological and brain sciences and director of the Dartmouth Social Neuroscience Lab. “This effect may persist for up to two days later after someone has had a stressful day.”

Previous studies with animals have shown that they prefer not to socialize with their peers if they were stressed the day before, a phenomenon known as “stress-induced social avoidance.” To date, it has been difficult to determine if humans also engage in social avoidance as a result of stress, as researchers have not had the tools to effectively measure how stress affects real-world social interactions. The study relied on mobile phone sensing technology that collects passively and automatically. The data was obtained via the StudentLife app developed earlier by co-author Andrew Campbell, the Albert Bradley 1915 Third Century Professor in Computer Science.

Our findings show that people who experienced more stress on one day, socialized less with others the next day.

Attribution
Meghan Meyer, an assistant professor of psychological and brain sciences and director of the Dartmouth Social Neuroscience Lab

Through the StudentLife app, data on sleep, movement, and time spent at home was provided passively by 99 Dartmouth undergraduate students—56% female and 44% male—who agreed to participate in the two-month study. To protect participants’ privacy, the data was anonymized.

The StudentLife app also measured how much social interaction participants had each day by detecting human conversation through the mobile phones’ microphones. For ethical reasons, actual conversations and sounds were not recorded. The app asked participants questions about their overall well-being, including stress. Once a day, they were prompted to choose an image that best described their stress level from a set of images ranging from a peaceful pond to a person pulling their hair out—a method of measuring stress that prior research shows is comparable to people’s responses in formal psychological stress assessments.

“By leveraging mobile sensing technology, our research is among the first to examine the temporal relationship between stress and socialization,” says co-author Alex daSilva, Guarini ’21, a PhD student in psychological and brain sciences at Dartmouth.

The team’s findings provide some of the first concrete evidence of stress-induced social avoidance in humans. “Our findings showed that higher levels of stress on one day predicted decreased social interaction the next day while accounting for levels of movement, sleep, and time spent at home,” daSilva says.

The research team says that mobile sensing and physiological measures may be useful for studying stress and social avoidance further, as well as for studying biological stress responses that may be involved.

In addition to Meyer, daSilva, and Campbell, Jeremy Huckins, a lecturer in psychological and brain sciences; Weichen Wang, Guarini ’17, a PhD student in computer science; and Rui Wang, Guarini ’18, at Facebook, also served as co-authors of the study.