The new program offers opportunities for students to learn from civil rights leaders. 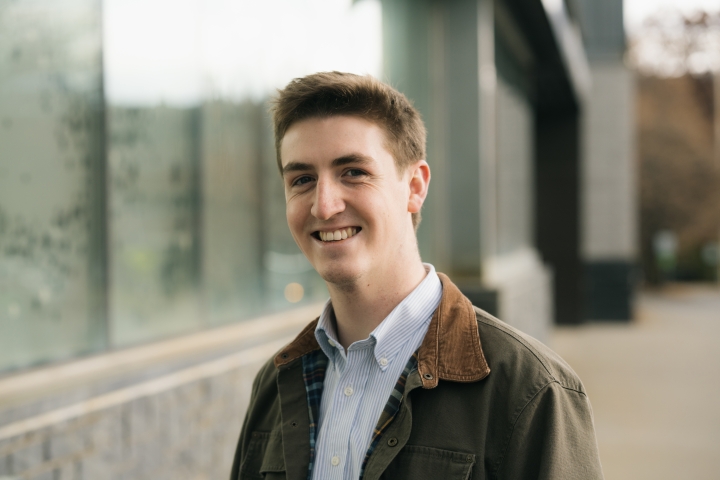 Matthew Gannon ’22 Has Been Named a Marshall Scholar

Matthew Gannon ’22, an advocate for people experiencing homelessness and an award-winning filmmaker, has been named a John Robert Lewis Scholar by the Washington-based nonprofit Faith and Politics Institute (FPI). The announcement comes just a month after the film and media studies major won a Marshall Scholarship.

The program “enables students to learn from changemakers of history, contemporary nonviolence practitioners, and civil rights leaders,” according to the announcement.

Lewis was the founder of FPI’s annual, nonpartisan Congressional Civil Rights Pilgrimages, and he led them in the American South from 1998 until his death in 2020.

Gannon and his fellow members of the inaugural cohort will make two trips to Washington, D.C, to connect with representatives from the government, business, and nonprofit sectors engaged in social impact work. They also will join members of Congress on the annual pilgrimage, set for March 4-6 in Alabama, and complete an oral history project. Each participant receives a $2,000 stipend.

Gannon says he’s deeply honored to be named to the program.

“Congressman Lewis’ example as a dedicated changemaker and a pillar of the civil rights movement is vital to advancing social justice today,” he says. “I hope that by studying his philosophy alongside a cohort of inspiring young advocates, I can better work to reduce the stigmatization of people experiencing homelessness.”