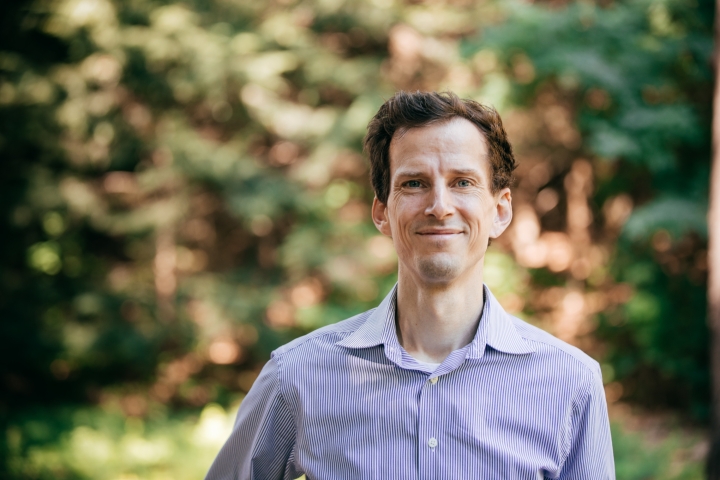 Economics professor Paul Novosad has co-authored a paper on the COVID-19 death toll in India. (Photo by Robert Gill)
2/17/2022
Body

When a COVID-19 wave hit India over the winter and spring of 2021, hospitals were filled beyond capacity, oxygen was nearly impossible to obtain, and community networks for tending to the dead were overwhelmed. Government reporting at the time put the death toll at under a million.

A more accurate measure of COVID-19 deaths in India puts that number at 3.2 million people, according to a paper co-authored by Associate Professor of Economics Paul Novosad and an international team of researchers.

“The analyses find that India’s cumulative COVID deaths by September 2021 were six to seven times higher than reported officially,” the researchers wrote in the paper published last month in Science.

“You have to put that into context,” says Novosad. “At the time that we were writing this, India was reporting about half a million official COVID deaths, the World Health Organization was reporting about 4 to 5 million COVID deaths globally, so just this adjustment—just correctly counting the deaths in India—is going to raise the global mortality count of COVID by almost 50%.”

The team reviewed data on all causes of death from an independent survey of 140,000 adults, and from two government data sources including deaths reported in health facilities and registered deaths in 10 states in India. They compared these counts to the patterns found in previous years without COVID and found that total deaths increased by 26% to 29% in the COVID period compared to total deaths in past years. This range was consistent across separate data sources, the researchers wrote.

“We’re triangulating on this number from a lot of different directions and have broad agreement regarding the range that we’re finding,” Novosad says.

Novosad’s work uses many new kinds of data, including measures of well-being generated from satellite images, data collected by government programs, and archival administrative records not previously used for policy design. His research lab, which focuses on India, has created an open source data platform to support socioeconomic research in India and the developing world.

“A large part of my research agenda is based on finding new, 21st-century data sources and mobilizing them for better research and policy,” he says.

The global pandemic presented many critical questions about how governments and organizations can respond that Novosad believes this work can help answer.

“The decisions you make are better if they’re based on true facts about the world. If you don’t have data, then you just have to work on stories and impressions,” he says. “We need an empirical foundation for this kind of work.”