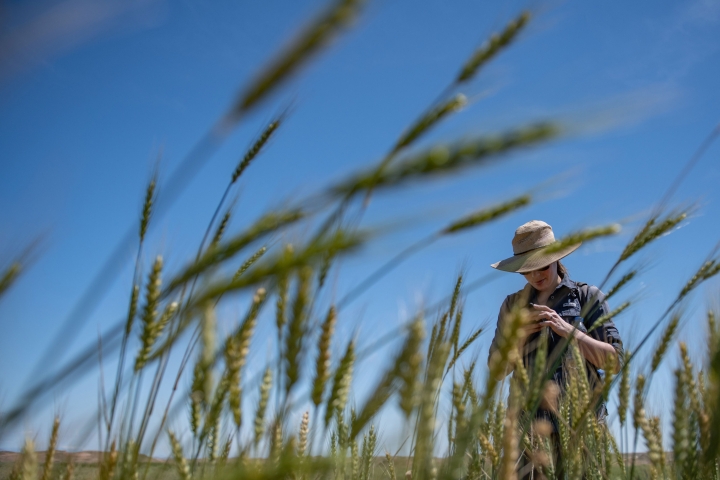 In 2019, archaeologist Jesse Casana and Elise Laugier, Guarini ’21, were conducting excavations in the remains of a 3,500-year-old city in Iraqi Kurdistan when they uncovered a “midden,” aka a heap of refuse. For archaeologists, finding a midden is like hitting the jackpot because it provides clues into the way people lived, including what they ate and fed their animals.

This particular midden, located at a site now called Khani Masi, was chock full of animal dung, including from sheep and goats. A Dartmouth-led analysis reveals that the sediment contained the Asian summer grain broomcorn millet (Panicum miliaceum), providing the earliest definitive archaeological evidence of millet being grown in Mesopotamia during the Bronze Age. The results are published in Scientific Reports.

“Mesopotamia has cool, wet winters and hot, dry summers, so it had long been thought that due to the climate, a summer crop was not really grown in the region until the development of large-scale irrigation in the first millennium BCE,” says lead author Laugier, who was a graduate student in Ecology, Evolution, Environment & Society at the time of the study and is now a National Science Foundation postdoctoral fellow in the School of Arts and Sciences at Rutgers University-New Brunswick. 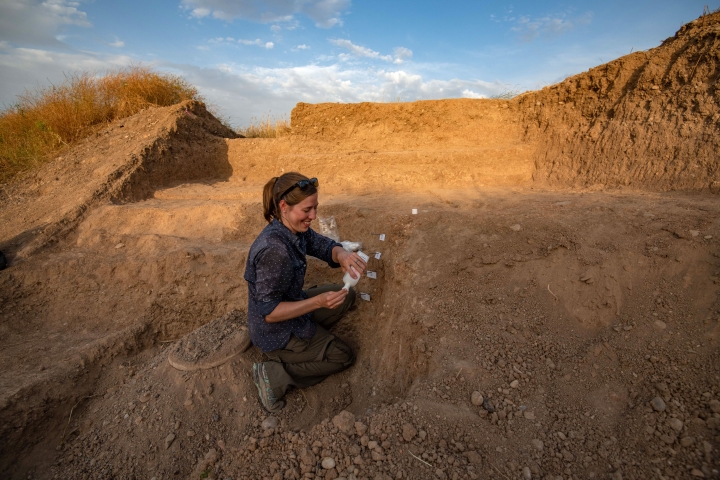 “Our analysis shows that broomcorn millet was cultivated in mid-second millennium BCE (c.1500-1100 BCE), the earliest definitive botanical evidence for millet by about 700 years. Ordinary people were diversifying their subsistence base much earlier than previously thought by developing cropping strategies that could support millet and were probably feeding it to their sheep.” 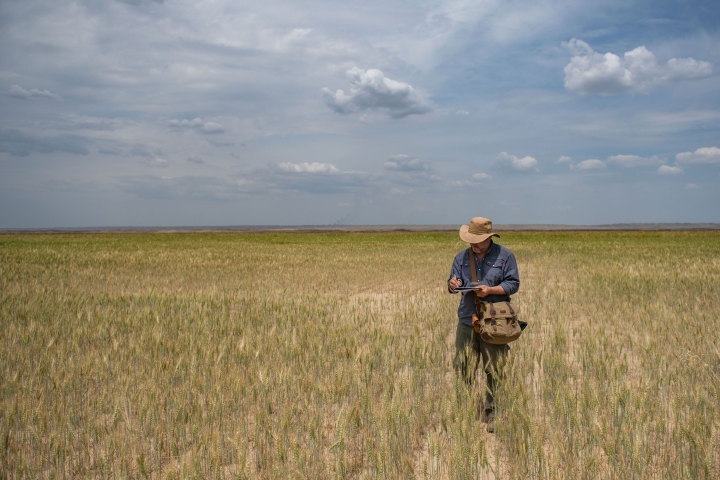 Jesse Casana, professor of anthropology, documents a previously unrecorded archaeological site in the Kurdish region of Iraq in 2019. (Photo by Jeff Kerby)

To determine what was in the soil, Laugier extracted phytoliths, or fossilized plant tissues, out of the sediment upon which she discovered millet. She counted and examined the phytoliths under a microscope and measured the samples using computer software. Through a comparative analysis, she was able to deduce that the phytoliths were broomcorn millet and not a related wild species of grass native to Iraq. Broomcorn millet was domesticated in northern China, so its cultivation in Mesopotamia reflects early trade networks in Eurasia.

“For many decades, researchers who study the ancient world have understood that the production of cereals is sort of the basis for sustaining more complex civilizations,” says Casana, a co-author and professor and chair of anthropology. “You had to be able to produce a huge surplus of food that’s storable and transportable, for the bureaucrats and kings ruling the area.”

Ordinary people were diversifying their subsistence base much earlier than previously thought by developing cropping strategies that could support millet and were probably feeding it to their sheep.

“The amount of food that ancient Middle Eastern empires were thought to be able to produce was predicated on our understanding of an annual cropping cycle in which wheat and barley are planted in the winter and harvested in the spring or early summer,” says Casana. “Farmers had one shot a year to cultivate their crops in this semi-arid environment, but our results turn that assumption upside down, as millet grows during the summer. This discovery of broomcorn millet in Mesopotamia during this time period represents some of the earliest multi-cropping of cereals in the region.”

Laugier says the research in “ancient Iraq” involved applying an “archaeobotanical approach of phytoliths” to a place that has one of the longest histories of archaeological excavation in the world. “It’s a method that could unlock more evidence in our understanding of agriculture in Mesopotamia and its role in the early food globalization in Eurasia,” Laugier says.

The study was part of a broader research project in the Kurdish region of Iraq involving a regional survey and excavations at a series of archaeological sites, which was funded by the National Science Foundation. Dan Cabanes, a professor of anthropology at the School of Arts and Sciences at Rutgers-New Brunswick, also contributed to the study.