The celebration of Indigenous cultures will be held on the Green in early May. 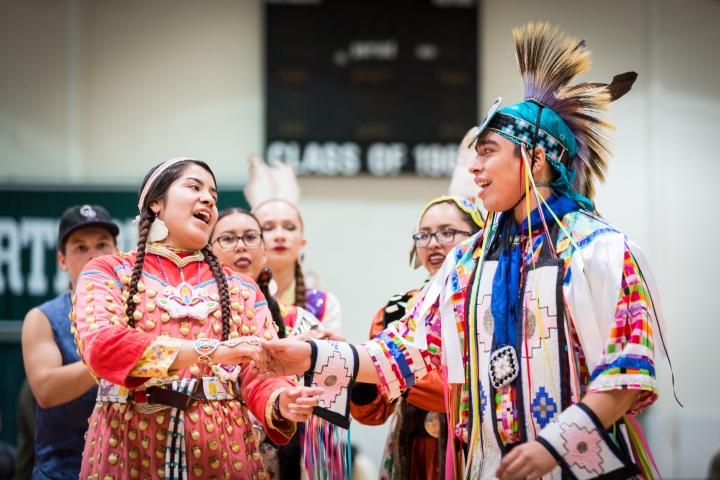 Dartmouth held its first Powwow in 1972, soon after its 13th president, John Kemeny, recommitted the college to its founding mission: to increase opportunities for Native Americans in higher education. Over the past five decades, Powwow, organized by the Native American Program, has grown in size and scope, attracting as many 1,500 people from all over the country.

It’s a time for dancing, singing, and drumming, when Indigenous communities share rich and diverse cultural traditions with each other and with residents of the Upper Valley, says Ahnili Johnson-Jennings ’23, who, with Jessica Meikle ’23, co-chairs this year’s event.

It’s especially important now that we as a whole community come together and celebrate our success as Indigenous people at Dartmouth.

“After so many years of COVID-19 and being separated from one another, it’s especially important now that we as a whole community come together and celebrate our success as Indigenous people at Dartmouth,” Johnson-Jennings says.

As in past years, Powwow will begin on the Green with a Grand Entry, led at noon on Saturday, May 7, by Head Woman Kendra Eaglestar (Jemez Pueblo) and Head Man Atsa Zah (Narragansett). Christopher Newell ’96 will be master of ceremonies. A member of Maine’s Passamaquoddy nation, Newell was drawn to Powwow singing as an undergraduate, and helped found the intertribal Occom Pond Singers. He served as senior advisor on the Emmy award-winning documentary Dawnland, chronicling the first-ever government-sanctioned truth and reconciliation commission in the state of Maine.

“This is a student-run event, but we are so grateful for extra help we’ve been getting from Native American alumni this year,” says Johnson-Jennings, a Native American studies major who was born in Oklahoma and is a member of the Choctaw, Quapaw, Sac & Fox, and Miami nations. “Indigenous alumni have paved the way—actually fought—for us to be here. They’re a huge inspiration, and we’re going to honor them with a dinner and an historical slideshow on Saturday night.”

As a Powwow dancer, Johnson-Jennings will wear a colorful new jingle dress made by her grandmother. She says she’s looking forward both to solemn ceremonies and more social events, including a potato dance, where partners dance as long as possible holding a potato between their foreheads.

In a departure from past Powwows, dancers and drummers at this year’s event will not compete.

“We’ll focus, instead, on just being together,” says Johnson-Jennings. Some events will honor revered members of Indigenous communities, including Vera Palmer, senior lecturer in the Department of Native American and Indigenous Studies, who retires this year after 23 years of dedicated teaching and mentoring.

This year’s Powwow will also celebrate Native Hawaiian and Pacific Islanders. On Sunday, May 8, Hokupa’a, a club supported by the Native American Program, hosts its annual Lūʽau on Tuck Mall. There will be hula dancing and Polynesian delicacies.

The theme is “Mauka to Makai,” which means “from the uplands to the ocean.” Hokupa’a co-chair, Kalå Harman, who lives on the island of Hawaii, says her mother will travel to Hanover to help prepare the food.

“It gives me comfort, knowing that we’re able to host this sort of event far from home, showing how important Lūʽau is to Hawaiian culture,” says Harman. “On the 50th anniversary of Powwow, bringing all Indigenous people together in one weekend is very important.”

It will also be, she says, a lot of fun. 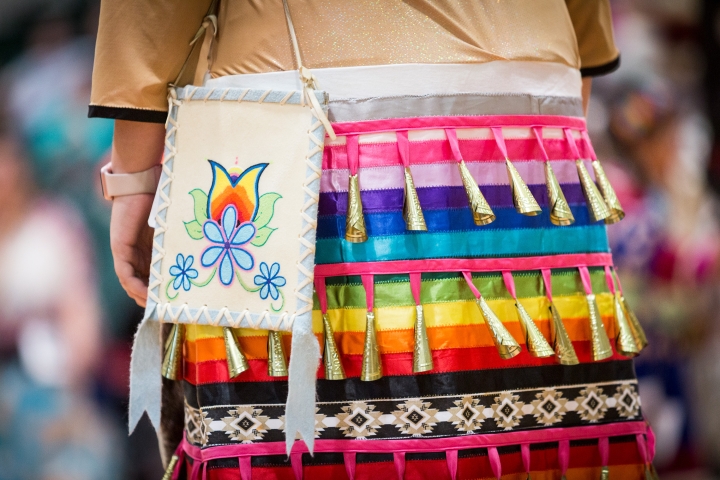