The professor of music will spend a year in residence at Harvard’s Radcliffe Institute. 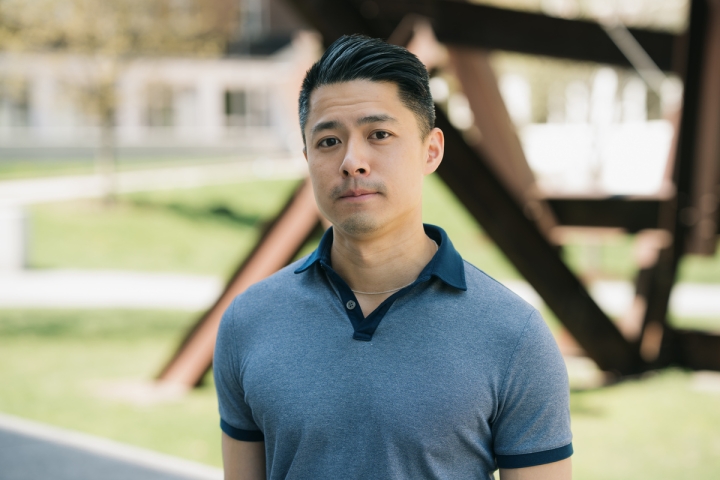 William Cheng, a professor and chair of the Department of Music, has been named a 2022-2023 Radcliffe Fellow by the Harvard Radcliffe Institute for Advanced Study. The fellowship offers a cohort of 50 scholars, writers, artists, and others “a rare opportunity to pursue their work in a vibrant interdisciplinary community,” according to the institute’s announcement.

“The Radcliffe Fellowship is a wonderful recognition of William Cheng’s ability to bring the human into the humanities with his empathetic, boundary-breaking, genre-crossing scholarship and teaching,” says Samuel Levey, associate dean for arts and humanities.

During his fellowship, Cheng—who earned his PhD in historical musicology from Harvard in 2013—will undertake a project called Touching Pitch: A Decolonial Escapade, which he describes as “equal parts memoir-treatise, live-recorded collaborative album, and visual novel role-playing game.”

The project “illustrates how culturally hybridized pedagogies and practices of Western classical improvisation (a so-called lost art) may empower minoritized musicians to animate a spectrum of anti-racist, anti-assimilationist, and anti-capitalist agendas in the 21st century,” he says.

Cheng’s scholarship—which has won awards from the American Musicological Society, Society for American Music, and Society for Ethnomusicology—lies at the intersection of cultural history, disability studies, media theory, care ethics, and queerness.

A self-described gamer and pianist-improviser, he is the author of three books—Sound Play: Video Games and the Musical Imagination; Just Vibrations: The Purpose of Sounding Good; and Loving Music Till It Hurts—and co-editor of Queering the Field: Sounding Out Ethnomusicology; the Music and Social Justice Series of the University of Michigan Press; and the forthcoming A Cultural History of Western Music in the Modern Age. His opinion pieces have appeared in TIME, Slate, The Washington Post, The Huffington Post, Pacific Standard, and The Chronicle of Higher Education.

Cheng says he’s “still processing” the news that he has received the fellowship.

“As I conclude two (pandemic) years of serving as a department chair, the imminent privilege of a fellowship year will feel like an alternate universe,” he says. “I can’t wait to experience the wild synergies that will inevitably blossom from the conversations, collaborations, and disciplinary cross-pollinations among next year’s cohort.”