Students help one another as they fine-tune their pilots, features, and short films. 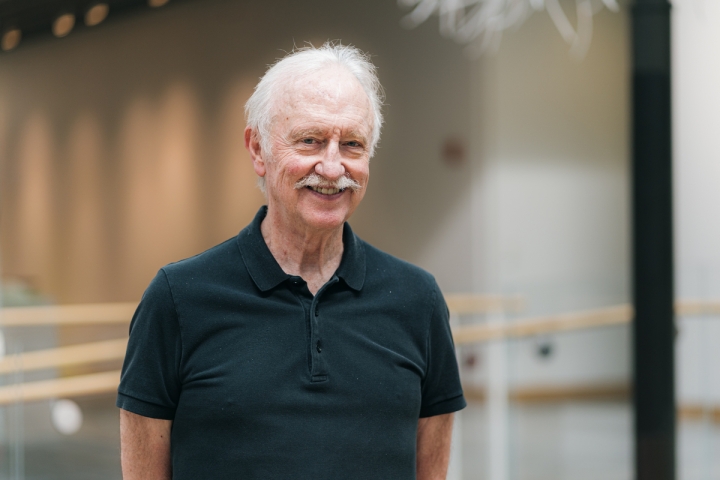 The film industry is notoriously competitive, and getting a screenplay looked at, let alone produced, is no easy task. But screenwriting classes with Visiting Associate Professor of Film and Media Studies William Phillips ’71 are all about collaboration.

The award-winning writer for film and television says he tries to help students realize they’re each other’s best friends.

“Your competition isn’t sitting across from you,” says Phillips, who has written 50 screenplays, among them Stephen King’s classic Christine. “Your competition is the 5,000 other film students around the country who are trying to do a better job than you are.”

Phillips has worked in the film industry for more than four decades, as a screenwriter, director, cinematographer, and film editor. His long list of honors includes winning the Ace Award for Best Screenplay for El Diablo, which he wrote with John Carpenter, and his adaptation of Peter Maas’ In a Child’s Name was nominated for an Emmy as Best Miniseries.

Showing your work is very vulnerable, so creating a space where it’s safe—you can laugh, you can joke, you can mess up—was really important.

In his undergraduate courses on screenwriting, students create short films, pilots, and features, and spend a good deal of time reading and commenting on each other’s drafts.

Valeria Pereira Quintero ’24, who went to high school in the Houston area, appreciates the sense of community—and the suggestions—that generated. 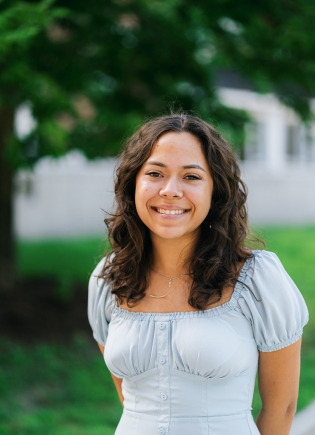 “Showing your work is very vulnerable, so creating a space where it’s safe—you can laugh, you can joke, you can mess up—was really important,” says Pereira Quintero, a music and English major who is originally from Venezuela.

“They read it as if they were performing it,” she says. “It was so nice to see it come to life.”

And hearing her pilot-in-progress helped her assess the effectiveness of her dialogue, says Pereira Quintero, a writer for The Dartmouth and member of the East Wheelock house community.

Dominique Mobley ’22, a Fulbright Scholar who will pursue a master’s degree in screenwriting at the London Film School, says taking “Writing For the Screen I” during her first term laid the foundation for her entire Dartmouth experience. 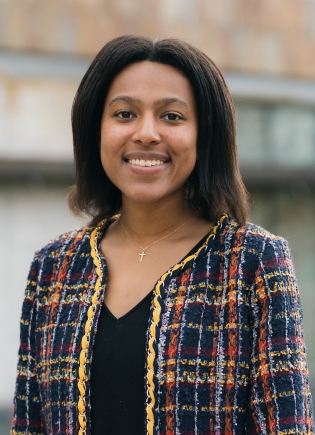 “The feedback I was able to give to, and receive from, classmates and Professor Phillips taught me the power of collaboration,” says Mobley, a Scottsdale, Ariz., resident who majored in film and media studies. That lesson, reinforced by other classes she took at Dartmouth, “has had an immeasurably positive impact on both me and my writing—and I’m sure will continue to have that same impact as I continue down this path as a writer, creator, and collaborator.”

A good percentage of people who take his courses are interested in becoming screenwriters, says Phillips, whose former students include film professors, editors, directors, and writers. And while it’s rare that students sell a screenplay they wrote in class, many have been hired as writers, “based on the strength of their features.”

Students who took the screenwriting classes often submit screenplays for consideration for the Alexander Laing Memorial Writing Award. The contest, which Phillips organizes, is open to Dartmouth undergraduates and alumni who graduated during the previous year.

Experts from outside of Dartmouth judge the entries in three categories—features, pilots, and short scripts. The winners, Phillips says, receive a cash prize and “bragging rights.”

Mobley received the Alexander Laing Memorial Writing Award for third place best feature for Duty, Honor, Country, which she wrote as a fourth-year student. The film is based on the experiences of her father, a 1978 West Point graduate and one of the few Black cadets at the Academy at the time.

Like all of her projects, the script aims to create positive and authentic representations of Black people, “to push back against the often negative and stereotypical portrayals of Black people that media, including film, has promoted—to deleterious impact —for far too long,” she says. “I hope to transform the minds of Black and nonBlack people about who Black people are—and who we can become.”

The project Pereira Quintero worked on in Phillips’ courses received third place in the pilot category.

Anonymous Library is both a love story and a commentary on wealth in America, from an academic standpoint, says Pereira Quintero, who adapted the title from Anonymous Hall, where she worked the year after it was built.

“When it’s anonymous, you immediately want to know who it is, so I just kind of wanted to heighten the stakes a little bit more,” she says. “And I love a good enemies-to-lovers romance story.”

Phillips knows firsthand the power of communicating with other writers. He’s still active in the writers’ group he started 15 years ago. And, he says, it’s not uncommon for students to continue working together long after a course ends.

Pereira Quintero keeps in contact with several classmates and hopes to be able to help with their projects in the future.

“Seeing their work come from bare bones, ideas, into, ‘I have 60 pages of this almost finished thing,’ it’s hard to let go of, you know?”

And Phillips has a standing offer for students after they graduate.

“Send me your script. It could be five years later, three years later. For whatever it’s worth, I’ll give you my opinion.”

No spoiler alert needed: People take him up on it.