Didn’t Get to Telluride? Just Head to the Hop

Seven of the festival’s films are coming soon to Hanover. 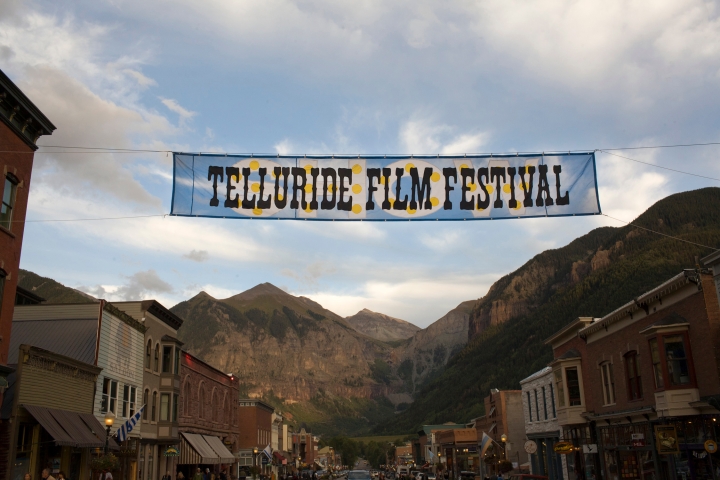 This weekend, thousands of cinephiles are watching movies—and keeping an eye out for their favorite actors and directors—at Colorado’s famed Telluride Film Festival. And where will seven of those hot new releases land next, even before reaching commercial theaters?

The Hopkins Center for the Arts.

Telluride at Dartmouth, presented in Spaulding Auditorium from Sept. 23 to 30, was the brainchild of Bill Pence, who helped start and grow the Telluride Festival, and, with his wife Stella, ran it for many years. In 1983 Pence also became director of film for the Hop. He retired from Telluride in 2007 and left his Dartmouth post about a decade later but remains a linchpin between the festival and the College.

Traditionally a six-film series, the weeklong Hop festival will include a bonus title. The just-released lineup (drum roll, please):

Choosing what to screen, and when, is a group effort between Pence, his successor, Hop film director Sydney Stowe, and Telluride’s executive director, Julie Huntsinger.

“A few weeks before the festival, we get a final list and build the schedule, based on what I can learn about the film—which is usually, to be honest, not very much, because most have not been reviewed or even publicized.”

There aren’t many original, authentic experiences where you’re coming in as a blank slate. I think that’s a gift in this modern age.

She gets only a few days to finalize the program and create the brochure before boarding a plane for Colorado.

“I work at Telluride in print traffic, which means delivering films to venues,” she says. “These days, they’re on hard drives, called digital cinema packages, but we used to get cumbersome, fragile reels.”

Stowe can still recall a heart-stopping moment at the Hop when she and Bill Pence opened a film can from Telluride and 35-mm film spilled out in a tangled mess.

“We were in Wilson Hall carefully stretching out this film and winding it back up without kinking it. And it was The King’s Speech,” says Stowe. “I felt sick, until we got it all rewound. I also thought, ‘This is going to win an Oscar for Best Picture.’”

Films premiered at Telluride often become box office hits. But what Stowe likes best about the festival is its small-town atmosphere and the chance to discover new cinema with an open mind, without being influenced by media hype.

“There aren’t many original, authentic experiences where you’re coming in as a blank slate. I think that’s a gift in this modern age,” she says. “We need to preserve and honor this opportunity because we don’t often get it anymore.”

Upper Valley film buffs can get that rare chance in a few weeks. Tickets and passes go on sale to Hop members on Wednesday, Sept. 7, and on Friday, Sept. 9, to the general public.