Their research ranges from the impact of arson in the Bronx to glacial dynamics. 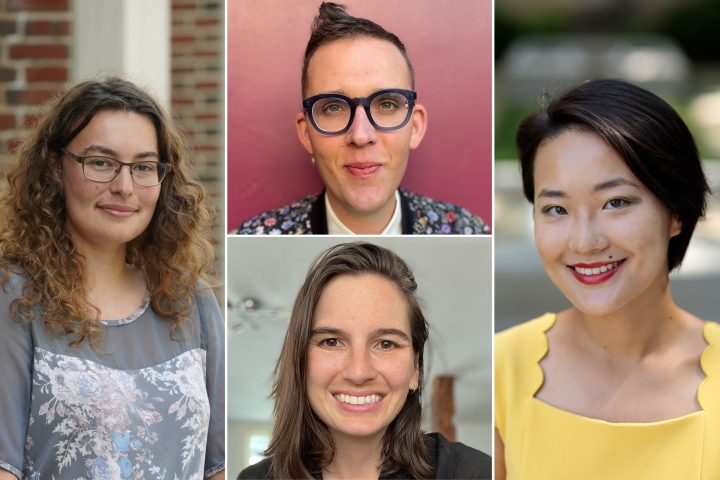 Four recent doctoral graduates from across disciplines have arrived on campus as the 2022 cohort of the Society of Fellows, bringing to Dartmouth their cutting-edge scholarship in urban history, cinema and media studies, the fluid dynamics of ice sheets, and postmodern Chinese literature.

“We are delighted to be welcoming four extraordinary postdoctoral scholars from around the globe and with deep knowledge of a variety of topics,” says Emily Walton, Society of Fellows director and an associate professor of sociology.

This year’s cohort includes a scholar who studies how arson in the Bronx both lined the pockets of absentee landlords and led to new forms of grassroots organizing; a theoretical geophysicist who asks how ice sheets respond to climate change; a fellow who analyzes the complex ways film and photography have been used as evidence in policing; and a scholar who illuminates literary histories of how unusual sounds, such as whistling, are meaningful forms communication.

“I know this group of phenomenal scholars will bring richness and vitality to the Dartmouth community. It is exciting to think about how their interdisciplinary insights will enrich all of our lives, our research, and the classroom,” Walton says.

During the paid three-year fellowships, the postdocs pursue their own research and teach two courses, with support from the Dartmouth Center for the Advancement of Learning. The society, which is part of the Guarini School of Graduate and Advanced Studies, currently includes 12 postdoctoral scholars; 10 faculty fellows; and several faculty affiliates, whom the postdocs have chosen as mentors.

Guarini Dean F. Jon Kull ’88 thanked Walton and other SOF faculty fellows for their work in selecting the new group of scholars.

“I am delighted to welcome these four brilliant scholars to Dartmouth and am excited for them to join the over 230 postdocs and 900 graduate students supported by the Guarini School. Since its founding, the Society of Fellows has proven to be a thriving and dynamic community that contributes greatly to our mission of academic research and scholarship. I am always fascinated to hear about their dissertation research, accomplishments, and the wide range of projects they will pursue during their time here.”

Dissertation: “Born in Flames: Arson, Racial Capitalism, and the Reinsuring of the Bronx in the Late 20th Century” 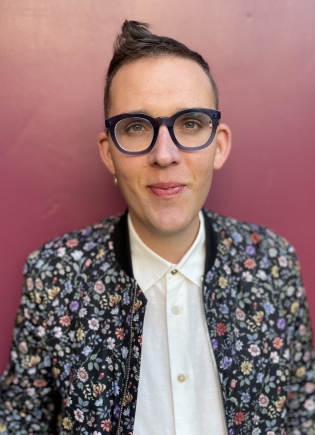 Ansfield is a historian of racial capitalism and 20th-century U.S. cities. Ansfield’s book, Born in Flames, examines the wave of landlord arson that coursed through the Bronx and scores of other U.S. cities in the 1970s. Despite its massive toll—the worst-hit areas lost 80% of their housing—this history has eluded scholarly scrutiny largely because the arsons of these years were obscured by the uprisings of the 1960s. The project pulls the arson wave out of the shadows of the uprisings, situating it within the long, untold history of insurance redlining and the subsequent, misguided efforts at federal redress.

Ansfield’s research has appeared in the Journal of American History, American Quarterly, Antipode, and the collection Sylvia Wynter: On Being Human as Praxis. Ansfield, who uses they/them pronouns, has published for broader audiences in The Washington Post and has forthcoming essays in the New York Review of Books and Jewish Currents. They also worked as a researcher on the PBS-aired documentary Decade of Fire and are a longtime member of the veteran transformative justice organization Philly Stands Up. 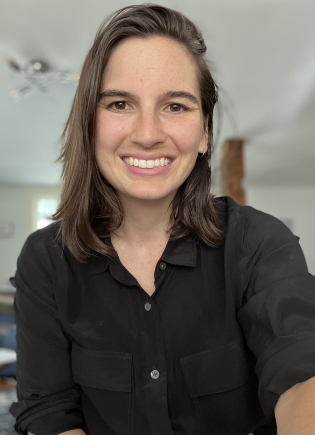 Jeffay is a media historian and theorist who studies the way visual evidence has been understood and deployed. Her book manuscript, “Rogue Images: The Birth of Visual Evidence,” examines the history of photography and film as evidence before the Rodney King case to better understand contemporary politics of digital media evidence. Using archival research alongside methods from Black studies and queer theory, the work argues that the epistemological fallibility of photographic media stems from anxieties around differences in race, class, gender, and ability.

Her essay, “’Flat-Out’ Formalism: Strong Island as Trans-of-Color Critique,” won the Society for Cinema and Media Studies Queer and Trans Caucus’s Chris Holmlund Graduate Student Essay Prize and was published in the New Review of Film and Television Studies. Her work has been supported by grants from the California State Library, UC Humanities Research Institute, Berkeley Center for New Media, the Center for Japanese Studies, and the UC Berkeley Graduate Division. She is also a filmmaker and former editor of documentary films.

Dissertation: “The Response of Antarctic Ice Streams to Tidal Forcing” 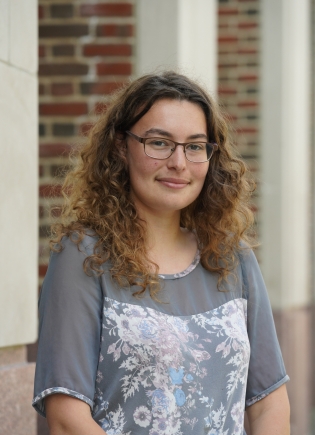 Warburton is a fluid dynamicist investigating the mechanisms setting the flow speed of ice sheets and glaciers. She constructs mathematical models to interrogate how limited quantities of data from Antarctica can nevertheless reveal the processes occurring beneath several kilometers of ice. Her focus is on water transport below glaciers, and the deformation of the wet sediments over which the ice slides. By better understanding these mechanisms on these small scales, she hopes to build more reliable estimates for ice sheet evolution at the largest scale, particularly in response to unprecedented climatic change.

During her PhD she looked at what the tidal acceleration of the Rutford Ice Stream implies for the transport of ocean water into subglacial sediments, and the resulting impact on sediment strength and rate of ice sliding. At Dartmouth, she plans to extend this work to the sculpting of sediments by ice flow, and connect the morphology of landforms in both formerly and currently glaciated areas to the stability of present day ice sheets. 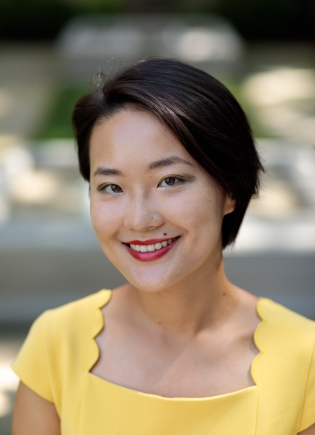 Zheng is a scholar of premodern Chinese literature who is interested in sound studies and media studies. She explores unconventional means of communication that involves a human or human-like vocal apparatus but decenters speech and human agency. Her current book project, “Voices Going Awry in Premodern China,” examines voices that create surprising connections among the human vocal apparatus, the body, and language (including whistling, talking birds, and a type of sonically mimetic storytelling called kouji) as they are portrayed in stories, biographies, poetry, commentary, and records of reportage mainly from the third- to the 17th centuries. These accounts offer creative responses to questions that still matter to us today: What does it mean to have a human voice? How can a human vocal apparatus enable a meaningful communication when words fall short?

She is also undertaking a new project that explores how Chinese poets from the eighth- to the 19th centuries reflected on what we call “the unconscious” in dream-inspired poems and essays. Calling herself “a comparatist at heart,” she is interested in uncovering media-theoretical insights latent in premodern Chinese literary texts that can contribute to discussions in current sound, voice, and media studies, even though these fields often prioritize media practices within Euro-American contexts. Her scholarship has appeared in positions: asia critique and Parallax.