Neuroscientist David Silbersweig ’82 and novelist Pico Iyer will be on campus. 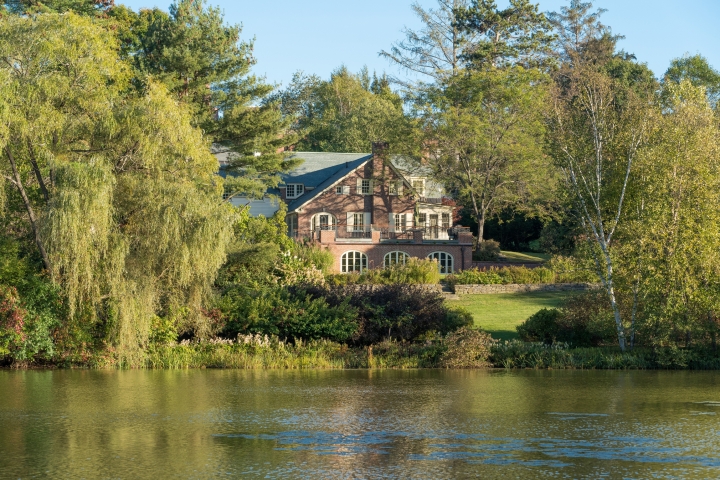 Montgomery Hosts 'A Celebration of Making'

David Silbersweig ’82, a pioneering neurologist and psychiatrist, and Pico Iyer, an award-winning essayist and novelist, will join the Montgomery Fellows Program this fall.

Iyer will come to campus next month for a weeklong fellowship, beginning Oct. 3, and Silbersweig will be here for the entire term.

Steve Swayne, director of the Montgomery Fellows Program, says he is pleased to welcome Silbersweig and Iyer to campus.

“I’m thrilled that the community will have the opportunity to learn from these two remarkable fellows this fall,” Swayne says. 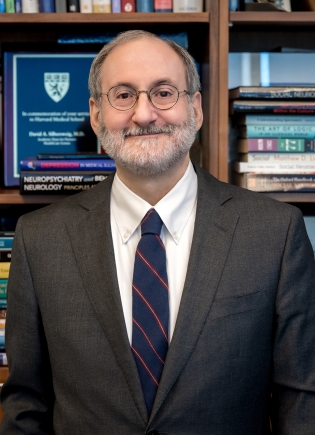 Silbersweig is the Stanley Cobb Professor of Psychiatry at Harvard Medical School and an associate faculty member at the Broad Institute of MIT and Harvard. A pioneer of functional neuroimaging research in psychiatry, and a leader in the transformative field of neuropsychiatry, he is forging a path he hopes will lead to better outcomes for people with mental illness.

Mental illness affects a quarter of the population, says Silbersweig, who chairs the Department of Psychiatry at the Brigham and Women’s Hospital/Harvard Medical School and co-directs the hospital’s Center for the Neurosciences. “The consequences are enormous, in terms of human suffering and societal costs.”

‘A Change in the Paradigm’

In his research, Silbersweig uses brain imaging to better understand mental functions, behavior, and what goes awry in the brain when people suffer with mental illness.

Currently, psychiatric diseases are defined descriptively, as a number of symptoms and syndromes, many of which overlap, he says.

In the future, researchers will be able to define various subtypes biologically, just like with heart disease and cancer, says Silbersweig, a former academic dean at Harvard Medical School who is involved in developing a number of cross-Harvard transdisciplinary initiatives. “You can develop treatments that just target where the problem is and what the problem is, and therefore you’re going to have more effective treatments with fewer side effects.”

The “holy grail” will be to move toward prevention, which would include identifying factors associated with both risk and resilience, and intervening early to help people, he says. “So, it’s really a change in the paradigm.”

It should be no different than having a condition such as asthma, he says. “You would never blame someone for wheezing and tell them to snap out of it, or somehow have them feel that it’s their fault.”

This term, Silbersweig will lead a psychology brain and behavior seminar in functional neuro imaging, do rounds at Geisel Medical School, and discuss his work in a public lecture on Sept. 27. He’ll also work with students who are interested in careers in medicine, neuroscience, psychiatry, and related fields.

An active alumnus, Silbersweig has chaired the Alumni Council’s Academic Affairs Committee and served on several other Alumni Council committees. He is currently a member of the Advisory Board for the Guarini School of Graduate and Advanced Studies.

Returning to Hanover as a Montgomery Fellow is “deeply meaningful,” he says. “Dartmouth really was a springboard intellectually and academically for me.”

As a philosophy major, Silbersweig developed a passion for understanding the human mind. His senior honors thesis explored the philosophy of mind, and he decided to continue his studies, “in a way that would help people, in addition to being intellectually fascinating,” he says.

As a Montgomery Fellow, he’s looking forward to mentoring students and working with “the incredibly talented” Dartmouth faculty, Silbersweig says. And, as a bonus track, he may sit in on trombone or drums with the Coast Jazz Orchestra.

While he doesn’t play as often as he used to, the Coast alumnus says, “it was a big part of my life back in the day.” 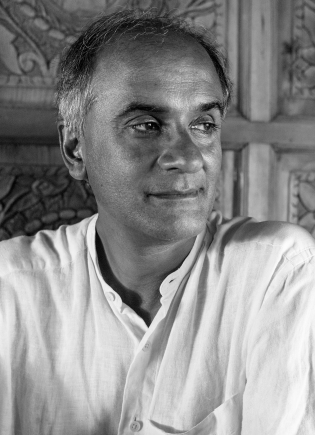 Montgomery Fellow Pico Iyer will be in residence from Oct. 3 to 8. (Photo courtesy of Pico Iyer)

Iyer is the author of 16 books and a regular contributor to Time, the Financial Times, The New York Times, and The New York Review of Books, among many others. He divides his time between California and suburban Japan, and his 40 years of writing have taken him from Iran to North Korea, Cuba to Yemen.

Now, he can’t wait to get to Dartmouth.

“I can genuinely say—and my wife, who is a few feet away, will attest to this—that I am as excited about coming to Hanover as I was about going to Antarctica or Zanzibar, and only in part because I’ve never been there before,” says the writer and TED Talk sensation, whose subjects include forgotten places, globalism, and the Dalai Lama. “And I know how fresh and, I’m sure, surprising it’s going to be.”

Iyer calls his life of travel a “happy byproduct” of his upbringing. He was born in England to Indian parents, moved to California at the age of 7, and attended boarding schools in England.

“Because I didn’t have a fixed home, all the world was foreign to me, and therefore interesting to me and exciting,” says Iyer, who holds master’s degrees in English literature from both Oxford and Harvard University.

Originally scheduled for 2020, Iyer’s visit was postponed due to the COVID-19 pandemic. “But I was determined that I come in person and not simply be a Montgomery Fellow by Zoom,” he says.

The list of things he’s looking forward to during his fellowship includes talking with students about what they’re reading, enjoying, and thinking about.

“On the few occasions when I’ve been lucky enough to visit a university, I’ve always come away invigorated,” he says. “Dartmouth students sound unusually interesting and well-qualified, so that simply adds to my sense of anticipation.”

On Oct. 4, he will have a long-awaited public talk with Swayne about the importance of both experiencing different countries firsthand and sitting still “in our ever more accelerated world.”

Throughout the week, he’ll also connect with Dartmouth faculty members he’s become friends with over the years and take in some classes.

“As a journalist, I’m interested in many things, but an expert in none, so I always feel that I have a lot to learn from visiting classes,” says Iyer, who plans to attend a session of the interdisciplinary “History of Attention,” with Associate Professor of Russian Mikhail Gronas and Professor of Psychological and Brain Sciences Peter Tse.

In fact, he’s already begun compiling notes about the class, “because I think in some ways that’s the secret theme at the heart of all our lives today, attention and distraction.”

It’s also a topic he’s explored in his life and work over the past five decades.

Iyer has been taking regular retreats for more than 30 years at a Benedictine monastery in California and has been talking and traveling with the Dalai Lama since 1974. His book The Art of Stillness: Adventures in Going Nowhere, which came out in 2014, was among TED Books’ first publications, and his Ted Talk on the same subject has drawn more than 3.5 million views.