A poetry reading will kick off the three-day conference this week. 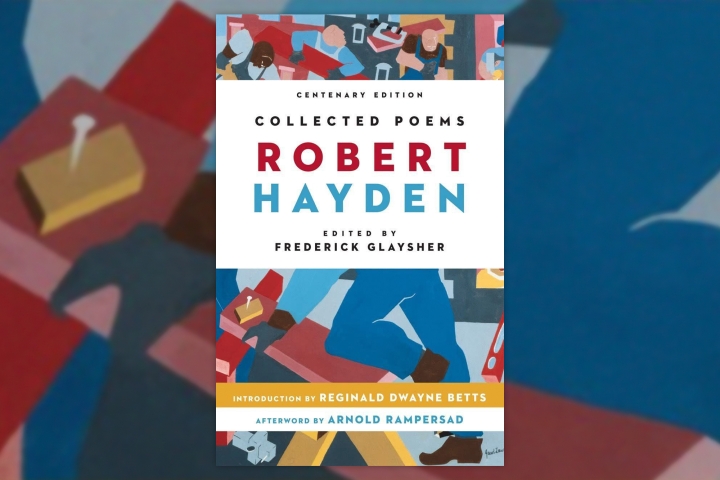 Robert Hayden served as the consultant in poetry to the Library of Congress in the 1970s, effectively making him the first Black poet laureate of the United States.
9/19/2022
More Reading

A symposium on campus Sept. 21 to 23 will bring together scholars and artists to explore the legacy of Robert Hayden, one of the most prominent Black poets of the 20th century.

Lineage and Redress: Robert Hayden’s Uncompromising Vision will feature a keynote address by Charles Henry Rowell, founding editor of the journal Callaloo. There will be roundtable discussions and readings by award-winning poets, many of whom were influenced by Hayden.

And as its name indicates, the conference will seek to address a number of wrongs, including the derision Hayden faced from some of his contemporaries during his lifetime, says organizer Vievee Francis, a poet and associate professor of English and creative writing.

It breaks my heart that he was treated that way.

This week’s conference has been on her mind for years, says Francis, who lauds Hayden as a visionary whose work influenced writers from a variety of backgrounds. He served as the consultant in poetry to the Library of Congress, which, given the title’s subsequent name change, effectively made him the first Black poet laureate of the United States.

Hayden, whose poems include the widely anthologized “Those Winter Sundays,” was also the first Black faculty member in the English department of the University of Michigan, and served on the faculty of Fisk University for more than 20 years. An internationally celebrated poet, he was elected to the American Academy of Poets in 1975.

Yet, he was reviled by major poets of the Black Arts Movement, which arose alongside the Black Power Movement, “because he claimed himself as a poet first,” says Francis, a Fisk graduate who describes Hayden as her “North Star.”

At a Black writer’s conference at Fisk in 1966, where he was a panelist, Hayden was “excoriated” and “derided” by several of the poets who set the terms for the Black Arts Movement, says Francis.

“It breaks my heart that he was treated that way,” she says.

Francis says Hayden, a Detroit native who died in 1980 at age 66, didn’t ignore his Blackness—he offered it up as normative.

“When I read Robert Browning, I’m expected to see his experience as normative,” she says. “That’s what Robert Hayden was doing. He puts himself out there as with any other artist and allows any of us to read his work and draw our own corollaries.” 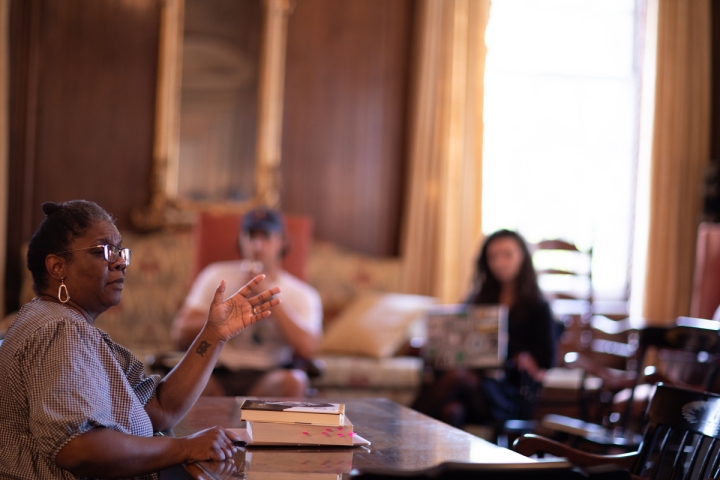 Francis, who moved to Detroit as a young teen, says the conference also will shine a much overdue light on the recent successes of poets and artists with ties to the city.

Detroit native Nandi Comer, a 2019 Kresge Literary Arts Fellow, will be among the panelists in “Detroit’s Historical and Aesthetic Context,” a discussion set for Thursday, and take part in a poetry reading on Friday night.

Poet francine j. harris, a professor of English at the University of Houston, will participate in Friday’s roundtable, “The Lineage of Production.” Harris, who is originally from Detroit, won the 2020 National Book Critics Circle Award for her collection Here is the Sweet Hand. She will share her work during a poetry reading Thursday afternoon.

The conference also will include a screening of Zug and discussion with director and Pushcart Prize winner Perry Janes on Thursday night. A writer and filmmaker from Metro Detroit, Janes received a Student Academy Award for the short film, which was shot on location in the city.

How can it be that in the last decade, writers from the city, which is often ignored and disparaged, have received every major poetry award, yet the only conversations about it are happening “underground,” asks Francis, whose book Forest Primeval won the Sewanee Review’s Aiken Taylor Award in Modern American Poetry and the Kingsley-Tufts Award.

The conference is free and open to the public, but registration is required. For the most up-to-date schedule, see the conference website.