“The Ritual of Breath Is the Rite to Resist” had its world premiere at the Hopkins Center on Friday, Sept. 16.

The Ritual of Breath Is the Rite to Resist, a multidisciplinary opera recalling the 2014 death of Eric Garner after a police officer placed him in a chokehold, premiered at the Hopkins Center for the Arts on Sept. 16.

The opera began as a collaboration between Enrico Riley ’95, the George Frederick Jewett Professor of Studio Art, and Jonathan Berger, a professor of music at Stanford University. The libretto was written by Associate Professor of English and Creative Writing Vievee Francis and the multimedia production team includes Shamell Bell, a lecturer at Dartmouth, and Gwen Carr, Eric Garner’s mother.

Leading up to the two-day run of the opera in Spaulding Auditorium Sept. 16 and 17, the production team and the Hopkins Center hosted six days of “communal acts of healing and reflection” featuring digital and in-person rituals around campus. The Ritual of Breath Is the Rite to Resist now travels to the West Coast where it will play for two nights on Oct. 14 and 15 at the Bing Concert Hall at Stanford University. 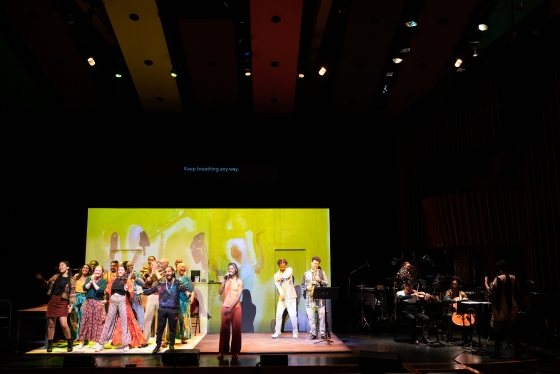 Actors perform the closing number of “The Ritual of Breath Is the Rite to Resist.” (Photo by Katie Lenhart)
Image 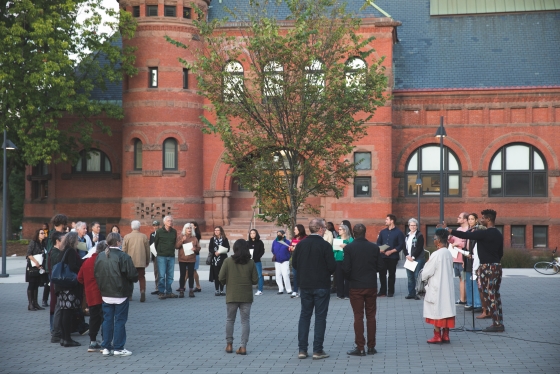 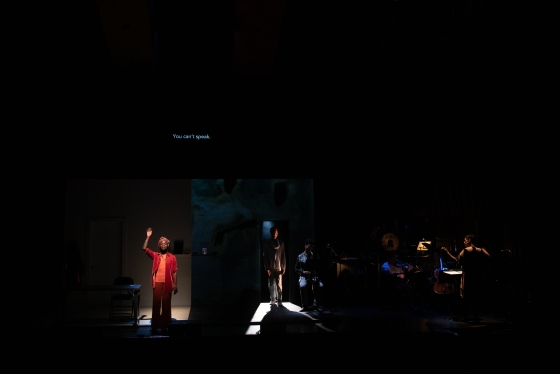 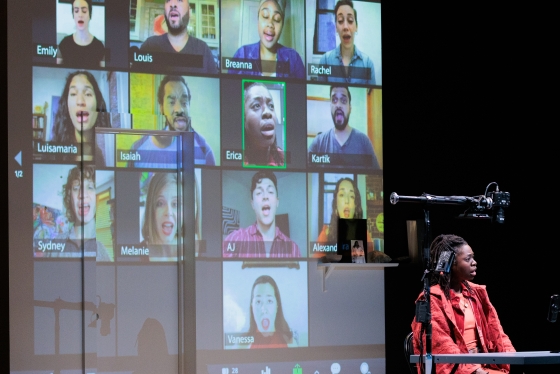 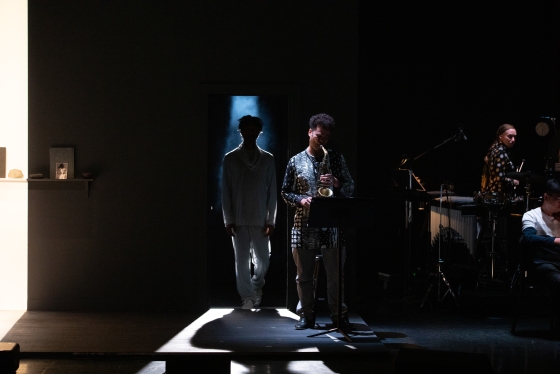 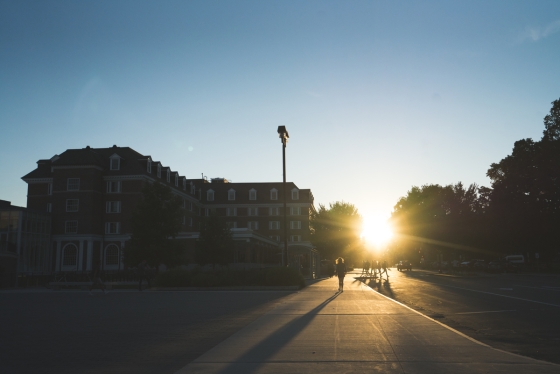 The sun sets on the plaza outside the Hopkins Center on the night of the premiere. (Photo by Katie Lenhart)
Articles