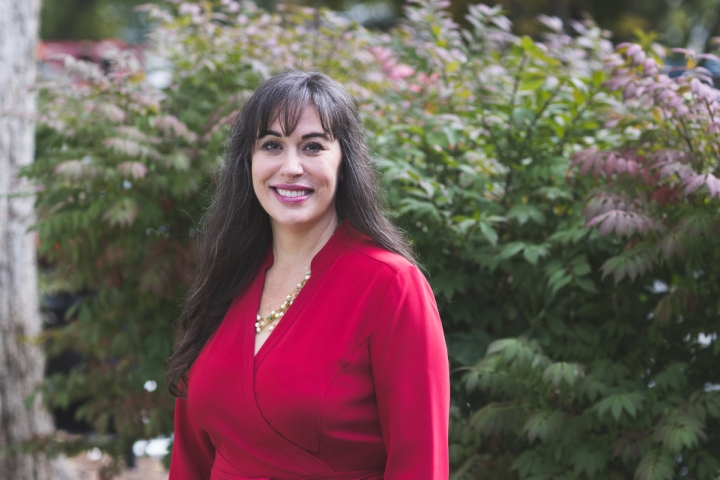 Professor of Sociology Brooke Harrington says rich people can be hard to study because they often use their wealth to avoid scrutiny. (Photo by Katie Lenhart)
11/29/2022
Body

Professor Brooke Harrington, a widely cited commentator on the structures used by the super-rich to conceal wealth and evade taxes, says the discipline of sociology has been examining the problem of social inequality for more than a century, but has often neglected one side of the equation.

“It’s important as sociologists that, if we are going to make claims about inequality, which is a big part of what sociologists do, we shouldn’t just study poor people,” says Harrington, a professor of sociology.

People at the bottom of the economic scale have to give up a lot of personal information to public benefit agencies, employers, banks, educational institutions, to name a few, so there is a tremendous amount of data that can be easily gathered and studied, she notes.

“Rich people can use their wealth to avoid scrutiny, so they’re very hard to study,” she says. “For more than 100 years, sociology has been making claims to know something about inequality, but it can’t really because the whole upper end of the spectrum is lost in the clouds. There have always been a few scholars trying to rectify that problem, and about 15 years ago, I joined them.”

For more than 100 years, sociology has been making claims to know something about inequality, but it can’t really because the whole upper end of the spectrum is lost in the clouds.

Harrington’s research examines how the modern wealth management industry and professional associations and elite private organizations, going back to the turn of the last century, have shielded wealth and consolidated power for a select few.

After graduating from Stanford with a bachelor’s degree in English literature, Harrington went on to earn a master’s and doctorate in sociology from Harvard, where she focused on organizational and economic sociology.

Her book, Capital Without Borders: Wealth Management and the One Percent, was published in 2016 by Harvard University Press. It was later translated into several languages, including Russian and Japanese, and won the 2018 “Outstanding Book Award” from the Inequality, Poverty and Mobility Section of the American Sociological Association.

The book examines how wealth managers use offshore banks, shell corporations, and trusts to shield billions from taxation and other legal obligations. As part of her research, Harrington trained and earned professional certification as a wealth manager.

Professor Marc Dixon, chair of the Department of Sociology, says Harrington encourages debate on vital issues both in the classroom and through her public prominence.

“Brooke is a great public intellectual,” Dixon says. “She has that rare combination of innovative scholarship and the ability to communicate the core insights beyond academic borders. Whether in The Atlantic or peer-reviewed journals, Brooke clearly extends Dartmouth’s reach.”

Over the past decade, Harrington’s writing and commentary in such media outlets as The Washington Post, The New York Times, The Economist, and Foreign Affairs have received attention in news stories about leaked documents from offshore tax havens, financial sanctions against Russian oligarchs, and the battles over Donald Trump’s tax returns.

“When the Panama Papers broke in 2016, and the Paradise Papers in 2017, we saw a rogue’s gallery of faces that come up again and again,” Harrington says. “It’s heads of state, celebrities, but also arms dealers and drug lords, because they all use the same techniques.”

These hidden accounts subvert the social contract, she says, “because what offshore accounts really are about is law avoidance. Offshore is the place you go if you don’t want to pay your creditors back, or if you don’t want to pay legal judgements. It’s like an escape hatch from the constraints of the modern world. It allows you to enjoy all the benefits that other people pay for, without paying your share.”

While tax cheats have been around as long as taxes, Harrington traces the brazen sense of impunity among the rich and super-rich to what she calls the financialization of society over the past 50 years, particularly in the United States. “Financialization means that finance becomes the metric applied to everything,” she says. “It’s the idea that everything should be measured with this one yardstick—which is profit.”

This was not always the case in the United States, and is not the norm in many Western democracies today, she says. “I’m convinced that one of the problems with the U.S. is that the vocabulary of mutual obligation has just been stolen from our civil society. We have no way to talk about it.”

Harrington, who came to Dartmouth in 2019, has found that her students, at Dartmouth and before that at Brown, are eager to learn about socioeconomic inequality.

In her classes, “Organizations in Society,” and “Markets and Management,” Harrington says she is trying to give students an “analytical tool kit to understand the principles that organizations and markets spring from—the principles on which they function.”

It is through this lens they explore issues such as wealth and taxation in relation to inequality, the formation of a transnational professional elite, and the sociology of financial markets and offshore banking. The point is not to condemn capitalist structures but to explain how capitalism depends on the rule of law and other functions of government, as well as on informal social norms, she tells students.

“Part of the problem ideologically in the United States is any critique of capitalism whatsoever, any critique of finance whatsoever, is instantly labeled communist or socialist, and that’s a really good way of deflecting valid criticism,” she says.

Harrington, who taught for eight years at Copenhagen Business School in Denmark, after five years of working in Germany and Italy, tells her students she has lived in “very capitalist countries that put some very simple constraints on market activity so that people thrive together. It’s not only possible, it’s common. But we’re so isolated in the U.S. and so immersed in a public discourse that says you can’t have capitalism with constraints.”

With her students and in her writing, Harrington says, it is the vigorous exchange of ideas that is important. This grounding was fostered at an early age, she says, by William F. Buckley Jr., the conservative icon and founder of The National Review.

“I grew up watching William F. Buckley on Firing Line. He, probably more than any other person, was my role model. He’s why I had an aspiration as a child to be a public intellectual.”

In the classroom and in her writing and commentary, Harrington says she’s not concerned with the conclusions thinkers reach. “But I’m very concerned about their analytical process. Are they actually taking in accurate information and evaluating it in a critical sophisticated way? That’s what I teach students; that’s what many students get in touch years later to tell me was so useful about taking my classes.”