Dartmouth and the UCC will host the event on Thursday at noon. 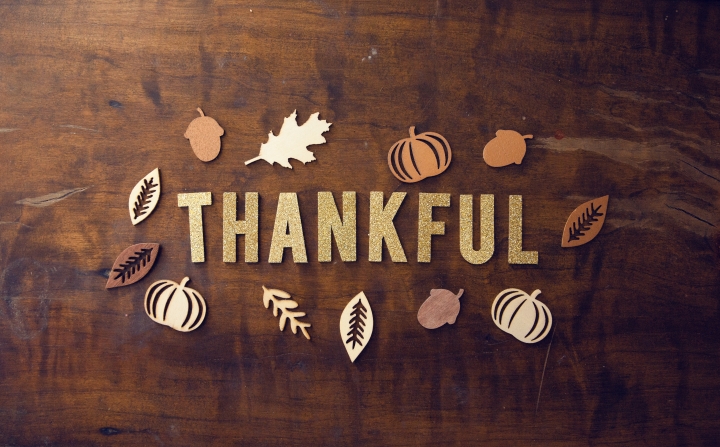 Continuing a decade-long tradition, Student Affairs and the United Church of Christ at Dartmouth are inviting students and community members to join a Thanksgiving feast at noon on Thanksgiving Day.

The event will be held at the church at 40 College St. in Hanover.

“It’s always a wonderful, varied group,” says the Rev. Robert Grabill, assistant pastor at the church. “It is often people who can’t travel home for the break, either because they are international students or for other reasons. We also have community members and members of our church family, many coming early to set up and staying after to clean up.”

The dinner, which is cosponsored by the Office of Pluralism and Leadership and the First Generation Office, will include turkey and all the fixings, as well as vegetarian, vegan, and halal options, and the celebrants will recognize the Wabanaki, Abenaki, and other Native peoples before the meal, Grabill says. In addition, UCC church members will be bringing a selection of pot-luck pies.

In past years the feast has attracted from 40 to 60 people, Grabill says, urging those planning to attend to RSVP to him by email.

Jay Davis ’90, director of the First Generation Office and assistant dean of undergraduate students, recognized the UCC and Grabill’s efforts to organize the gathering.

“It is his energy and the church’s warm openness to students that has made this event possible all these years,” Davis says. “The Division of Student Affairs is honored to help support this wonderful meal for our students, hosted at the church on Thanksgiving Day when the college is observing the holiday.”

On Thursday, as the fall term wound down, the Society for the Advancement of Chicanos/Hispanics and Native Americans in Science, an association dedicated to building a community and support system for minorities in STEM, particularly Chicanos and Native Americans, hosted a “Celebrating Cultural Diversity Potluck/Friendsgiving,” inviting people of all cultures to come and bring a favorite dish. 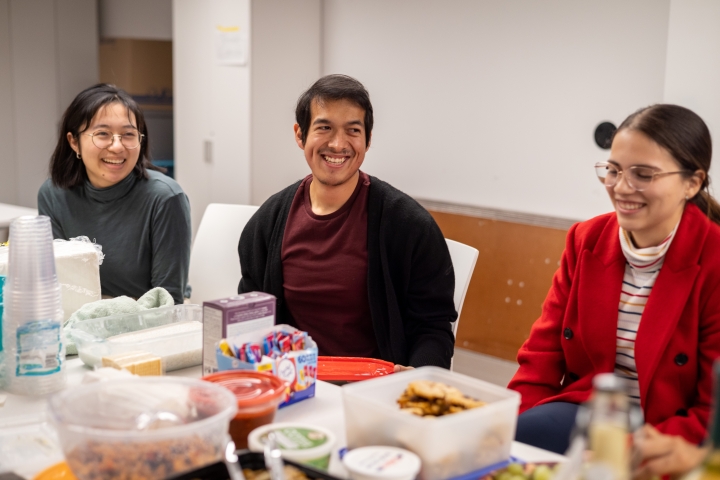 The 5 p.m. gathering in Guarini Commons of Anonymous Hall drew about a dozen people and a potluck spread that included cheesecake, tapioca rice balls that are often served at Chinese New Year, empanadas and other dishes and snack foods.

“We wanted to get together just to celebrate the holidays. A lot of us are quite far from home,” says Sarah Najera, Guarini ’25, a graduate student in biochemistry and a member of the executive board of SACNAS.

“It’s open to anyone—people of all backgrounds, students who can’t go back home for the holidays—and just a get-together to celebrate different foods.”

Jose Delgado, Guarini ’23, a graduate student in biochemistry and cell biology, says the group has been putting on a number of gatherings and conducting outreach since the Dartmouth chapter of the national organization was founded this fall.

“This is one of our smaller, more intimate get-togethers. It’s all about sharing good food,” Delgado says.