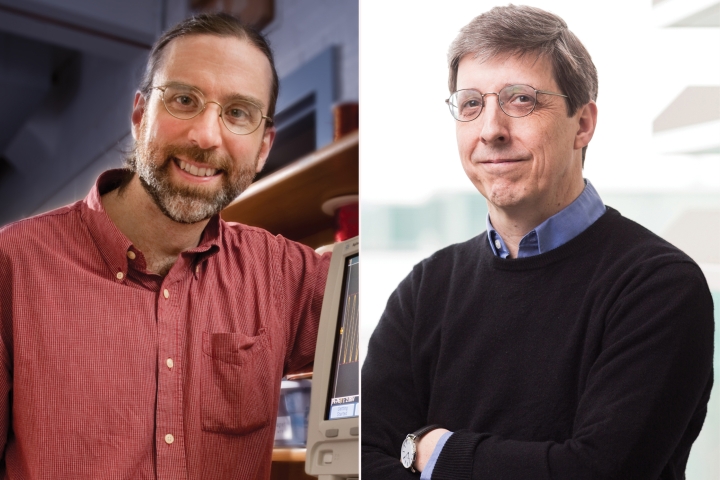 Two Dartmouth professors were among 169 academic inventors named on Thursday as fellows by the National Academy of Inventors.

Charles Sentman, a professor of microbiology and immunology at the Geisel School of Medicine, and Charles Sullivan, a professor at Thayer School of Engineering, will be inducted as NAI Fellows at the organization’s 12th annual meeting in June in Washington, D.C.

“This year’s class of NAI Fellows represents a truly outstanding caliber of innovators. Each of these individuals have made significant impact through their work and are highly regarded in their respective fields,” NAI President Paul Sanberg says in a news release. “The breadth and scope of their inventions is truly staggering. I am excited to see their creativity continue to define a new era of science and technology in the global innovation ecosystem.”

The NAI Fellows Program highlights inventors who have demonstrated a spirit of innovation in creating or facilitating outstanding inventions that have made a tangible impact on the quality of life, economic development, and the welfare of society. Election as an NAI Fellow is the highest professional distinction awarded to academic inventors.

“It is an honor to be elected as a NAI Fellow,” Sentman says. “Dartmouth and Geisel have created a very supportive environment that fosters innovation and entrepreneurship. I will always be grateful for the support and collaboration from my colleagues, fellows, and students as we have pursued new therapeutic strategies.”.

Sentman, who joined the Dartmouth faculty in 2001, serves as director of the Center for Synthetic Immunity at Geisel, and is a member of the Immunology and Cancer Immunotherapy Research Program at the Dartmouth Cancer Center.

His teaching and research are focused on strategies to harness the immune system through novel cell and protein engineering for treatment of cancer, inflammatory, and neurodegenerative diseases. Sentman is recognized for his work on innovative approaches using immune cell receptors and their ligands (molecules that bind to other often larger molecules) as a basis for therapeutics.

He has 24 issued U.S. patents, 19 granted foreign patents from 10 countries, five additional pending applications with the U.S. Patent and Trademark Office, and has authored more than 100 peer-reviewed scientific publications.

Sentman was a scientific founder of Oncyte, a company focused on cancer immunotherapy, which was acquired in 2015 by Celyad. He is a co-founder of Black Bear Bio, which is focused on adoptive cell immunotherapy for neurodegenerative and inflammatory diseases.

Sullivan, the Sue and John Ballard ’55 TT’56 Professor of Engineering, is also director of the Power Management Integration Center.

“I’m grateful for this honor, and simply for the fact that my inventions have proven useful in both energy and healthcare applications. Dartmouth is an ideal place for inventors—not only does it have a culture of encouraging and supporting innovation, but it’s also a place where interdisciplinary interactions provide fertile ground for new ideas,” Sullivan says. “The most significant of my inventions each arose after a colleague challenged me to help solve a specific problem. And the solution to the specific problem turned out to be much more broadly useful.”

His first important inventions enabled high-performance dimming of compact fluorescent lamps, saving energy in lighting for conference rooms, auditoriums, and even the Oval Office. His circuit and magnetics design for fast-response high-efficiency power delivery systems for microprocessors had been deployed in more than 25 million servers and laptops by 2012 and continues to be widely used.

His academic research and publications on magnetics design include methods widely used in industry to advance power electronics to enable improvements in efficiency and utilization of renewable energy.

The 2022 NAI fellows come from 110 research universities and governmental and nonprofit research institutes worldwide. They collectively hold over 5,000 issued U.S. patents, according to the NAI.