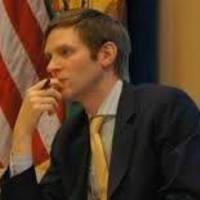 Michael J. Pyle was formerly a Special Assistant to the President for Economic Policy at the White House's National Economic Council (NEC). In that capacity, he advises the NEC Director and other senior White House officials on a range of international and domestic economic and financial issues, including the European sovereign debt crisis, the U.S.-China economic and financial relationship, U.S. macroeconomic and fiscal policy, surface transportation and other infrastructure policy, and retirement security and savings policy.

Previously, Mike was a senior advisor to Lael Brainard, Under Secretary of the Treasury for International Affairs, where he helped to manage the full range of Treasury’s international economic policy efforts. Before that, Mike was an advisor to Peter Orszag, Director of the Office of Management and Budget, where he worked extensively on the first two Obama Administration budgets as well as on the fiscal and budgetary aspects of health reform. He began his career in economic policy as a special assistant to Director Orszag at the Congressional Budget Office.

Earlier in his career, Mike worked as a capital markets and financial institutions lawyer for Sullivan & Cromwell in London and Washington, DC, and he served as a law clerk to Judge Merrick Garland of the U.S. Court of Appeals for the D.C. Circuit.

Mike is a term member of the Council on Foreign Relations and lives in Washington, D.C. with his wife, Chloë Schama.