Dartmouth researchers were awarded $6.9 million in October, including $4.6 million in new and competing awards. View the complete list of awards, as reported by the Office of Sponsored Projects. Here, Vox spotlights three investigators and their work: 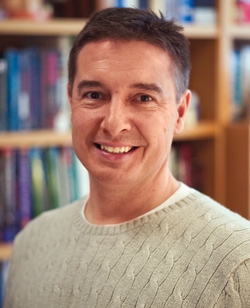 Why: The retrosplenial cortex is one of the first cortical regions to exhibit degeneration during Alzheimer’s disease, says Bucci. It is highly interconnected with the hippocampus, a brain area involved in memory. This grant builds on Bucci’s previous research and aims to determine how the retrosplenial cortex contributes to learning and memory.

Next generation: The National Science Foundation expects that the work it funds also helps develop a new generation of scientists, Bucci observes. “College students will be involved in every aspect of the project, from collecting and analyzing data to writing manuscripts and attending conferences,” he says.

Community partners: Bucci’s graduate students will partner with the Dartmouth’s Office of Outreach for community science programs. Members of his research group offer programs on the brain in local schools and are developing activities at the Montshire Museum of Science in Norwich, Vt. 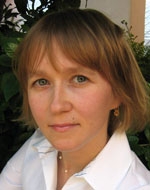 Why: This grant funds Pletneva’s study of the oxidation-reduction (redox) reactions involving heme proteins in the Geobacter sulfurreducens bacteria. The bacteria have already shown great potential related to petroleum compounds, specifically for harvesting the energy from organic compounds into electricity in microbial fuel cells and for environmental cleanup of petroleum spills.

Potential: Little is known about the chemical mechanisms that govern the redox activity of these bacteria, Pletneva says. Her team’s work will explore important questions in coordination chemistry and redox mechanisms of metalloproteins. It could also provide valuable insights for the design of protein-based switchable devices for solar energy harvesting and molecular electronics. 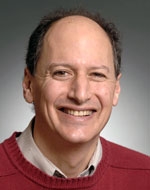 Michigan State University “What Does the Minimum Wage Do?”

What: Wolfson will write a book examining the economic effects of minimum wage legislation in developed economies, as documented in recent economic research.

Taking stock: While most published scholarship has focused on the link between the minimum wage and employment, an increasing fraction examines the link to other topics, including poverty rates, earnings, and firms’ profitability. The only recent book-length survey restricted its coverage to the employment link and targeted professional economists. “This is an opportunity to reflect on the entire literature,” says Wolfson, “and speak to a wider audience of policy-makers.”

Teamwork: Wolfson works in Tuck Research Computing, specialists who assist faculty in research and analysis. His co-author for the book being funded by this grant is Professor Dale Belman of Michigan State University, with whom he has published several pieces of original research on the minimum wage