Dartmouth is launching a new sustainability initiative to increase its recycling rate and divert even more trash from the landfill. The new Waste Centralization program is a system for collecting trash and recycling from offices, classrooms, and conference rooms. It aims to heighten individual awareness of how much trash is produced, and calls on all employees to improve their recycling habits. 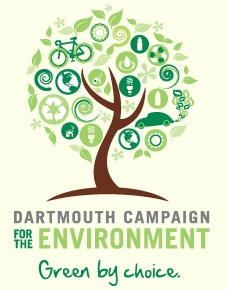 Starting June 20, there will be centralized locations for collecting recycling and trash, and employees will carry their trash and recyclables to that central location. All faculty and staff, including those at the professional schools, on the Hanover campus, and at Centerra Office Park in Lebanon, will experience this change.

“This is a great program because not only will it reduce solid waste going to the landfill, but it will reduce the vast amounts of energy expended and greenhouse gases emitted to mine and refine new raw materials,” says Andrew Friedland, the Richard and Jane Pearl Professor in Environmental Studies and the chair of the Environmental Studies Program. “In addition, by centralizing the handling of our recyclables, the program will reduce the amount of energy needed to get materials to the recycling center.”

By 2015, Dartmouth plans for the paper, aluminum, glass, and plastic recycling rate to climb from the current 11 percent to 40 percent, which will divert approximately 50 percent of Dartmouth trash from the landfill. The new program, in partnership with Northeast Waste, uses the Zero-Sort™, or single-stream, approach to recycling. Mixed paper, aluminum cans, glass, and plastic will all be collected in one container, and then processed by specialized equipment at a recycling center in Williston, Vt. See below for statistics on Recycling Among the Ivies.

“It’s very practical to look at each and every practice within the institution as we’re making our way toward our sustainability goals,” says Dartmouth President Jim Yong Kim. “Increasing the rate of recycling while at the same time reducing our total amount of trash and waste contributes to the health of Dartmouth and the planet. We’re taking a big step toward making Dartmouth the greenest campus in the United States.”

The rollout of the Waste Centralization program begins during the week of June 13, 2010, when Facilities Operations and Management (FO&M) staff will remove waste bins and recycling bins from individual offices and classrooms. The bins will be replaced by two smaller containers. One small desktop cardboard box will be for recycling mixed paper, aluminum cans, plastic, and glass. The other, a 54-ounce, plastic bucket, will be for items that can’t be recycled, like plastic wrap, food packaging, and food waste (unless there is composting available). Employees will then empty the new containers at the nearest Waste Centralization site, most likely in a kitchen, common area, or public location in the building.

“We are very excited to be launching this initiative to increase Dartmouth’s recycling rate and minimize our waste stream. We hope that all members of the Dartmouth community will embrace these goals,” says Linda Snyder, vice president of Campus Planning and Facilities.

Recycling among the Ivies

Recycling statistics in three categories. The data is from RecycleMania 2010, a competition for colleges and universities that takes place annually during a 10-week period between January and March.