With 10 chief executive officers of Standard & Poor’s (S&P) 500 companies among its graduates, Dartmouth is seventh in a recent Bloomberg Businessweek ranking of CEO undergraduate alma maters. 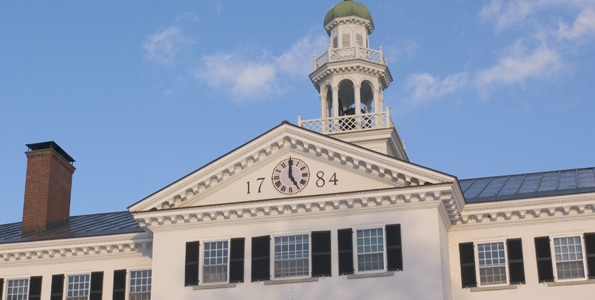 The Dartmouth S&P 500 CEOs include:

The University of California topped the list with 12 S&P 500 CEOs followed by what Bloomberg called the “School of Hard Knocks”—12 CEOs who didn’t graduate from college. Harvard was the top Ivy League school at number 3 with 11 CEOs, followed by Dartmouth.

Bloomberg compiled its list by looking at all CEOs from the S&P 500 companies, and then used a proprietary Bloomberg function to extract educational information from this list. They were unable to confirm education information for 10 CEOs, and two companies (Apollo Group Inc. and Motorola Inc.) have co-CEOs. The Bloomberg data is current as of April 30, 2010.

Dartmouth Now did an additional analysis, calculating the ratio of alumni CEOs per undergraduate student for the top nine schools in the Bloomberg Businessweek ranking (undergraduate population data from the National Center for Education Statistics). With 10 S&P 500 CEOs and 4,147 undergraduates, Dartmouth has the highest ratio of CEOs per student.