Reza Olfati-Saber, assistant professor of engineering, has received the highest honor bestowed by the U.S. government on outstanding scientists and engineers beginning their independent careers: The Presidential Early Career Award for Scientists and Engineers (PECASE). 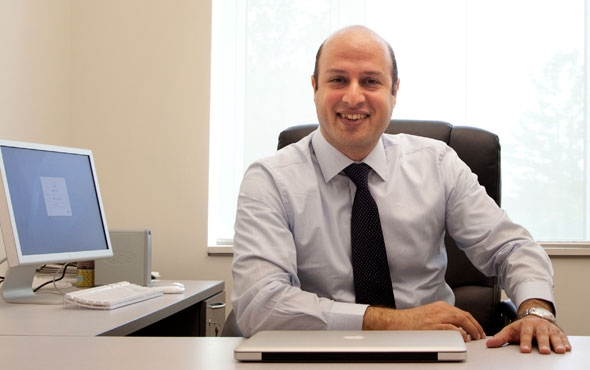 Reza Olfati-Saber, assistant professor of engineering, has received a Presidential Early Career Award, the highest honor bestowed by the U.S. government on outstanding scientists and engineers beginning their independent careers. Funding from the award is supporting Olfati-Saber’s research on the next generation of smart cars. (Photo by Joseph Mehling ’69)

Professor Olfati-Saber was nominated by the National Science Foundation (NSF), which funds his work and honored him in 2008 with an award from its Faculty Early Career Development (CAREER) Program. The NSF nominated Olfati-Saber for both his innovative research and his community service through scientific leadership and education. The White House Office of Science and Technology Policy then made the final selection and announcement of the approximately 100 awardees.

“It’s very surprising,” says Olfati-Saber, “I was not expecting this at all because I know how selective the award process is and I’m delighted and honored to have been chosen.”

Olfati-Saber is one of the most cited control scientists in the world. “That’s because seven years ago I was one of only two researchers who introduced the importance and applications of consensus problems in networked systems.” This idea became the basis for a new field called “distributed control theory” that enables systematic design and analysis of self-organizing complex systems and is applicable to social networks, animal groups (swarms, flocks, etc.), robotics, and engineered systems alike. 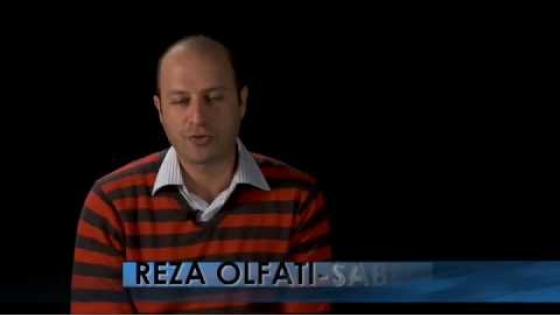 Olfati-Saber is now applying this theory to the next generation of smart cars, or as he likes to call it, “intelligent transportation systems that are aware of human safety.” He and his team are building a miniature city to test tiny cars equipped with sensors that communicate with each other to avoid collisions. Adds Olfati-Saber, “It will even have its own scaled-down GPS system able to track the cars’ positions very precisely.”

The agencies participating in the PECASE Awards program are: