[[{“type”:“media”,“view_mode”:“media_large”,“fid”:“”,“attributes”:{“class”:“media-image alignright size-full wp-image-4002”,“typeof”:“foaf:Image”,“style”:“”,“width”:“100”,“height”:“100”,“title”:“NCCC logo”,“alt”:“Norris Cotton Cancer Center logo”}}]]The promise of new answers to vexing health problems from scientific research has never been greater, stated Francis S. Collins, MD, PhD, in a Grand Rounds lecture at Dartmouth-Hitchcock Medical Center, but also never has the value of research been under greater scrutiny. “If we’re going to be successful at this time, when research has never been more promising, we have to make the case for why that is so,” said Collins, who is Director of the National Institutes of Health.

“It’s great fun to do science, but we do it for a purpose,” he said. “We have intentions of improving the health of the nation and the world that are quite real. We have to spread that message.”

Collins was at DHMC to deliver the First Annual C. Everett Koop Lecture, co-sponsored by the C. Everett Koop Institute at Dartmouth and Dartmouth-Hitchcock Norris Cotton Cancer Center. Acknowledging the 90-year-old Dr. Koop, who was in attendance, Collins called him a “national icon” for U.S. public health. 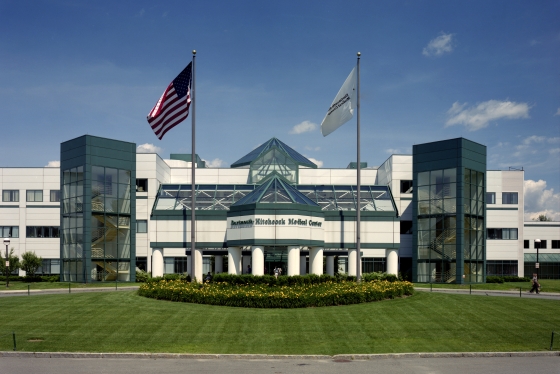