Hundreds of people are expected to take to the frozen surface of Hanover’s Occom Pond again this year for an event that is one of New England’s most unusual winter social occasions.

The family-friendly event, which is free and open to the public, offers visitors the chance to ice skate, sled on the adjacent golf course, take sleigh rides, and sample maple syrup-covered snow. Begun in 1997, the party is a relatively new addition to Dartmouth’s Winter Carnival, which celebrates its 100th anniversary this year.

The Dartmouth Marching Band—which is often accompanied by the costumed “Dartmouth Moose”—will lead a parade at 1 p.m. Activities throughout the day, such as speed skating, sliding down an ice castle, mock ice-fishing, and racing couches on the ice, are geared to kids of all ages. (Offerings may vary according to the weather.)

The event is produced by the Hanover Parks and Recreation Department and Dartmouth College. Each year a theme is chosen for the ice sculptures around the pond. This year, “Pig and Wolf,” characters who serve as the town of Hanover’s unofficial mascots, will be featured.

Hanover resident Bill Young has served as the mastermind behind the Pond Party for the past 14 years. “This is the best day of the winter,” says Young, who is associate professor of obstetrics and gynecology at Dartmouth Medical School.

The event takes place from noon to 3 p.m. on February 12. Free parking is available in lots near Dartmouth Medical School. (Signs will be posted.) 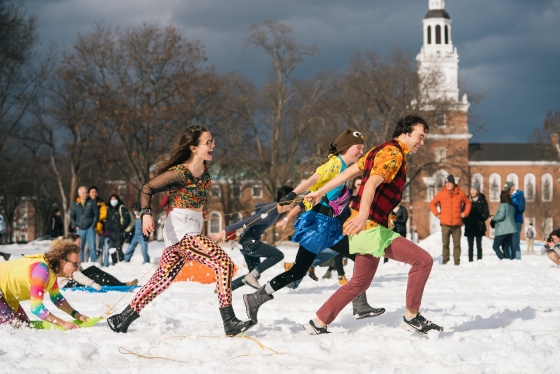 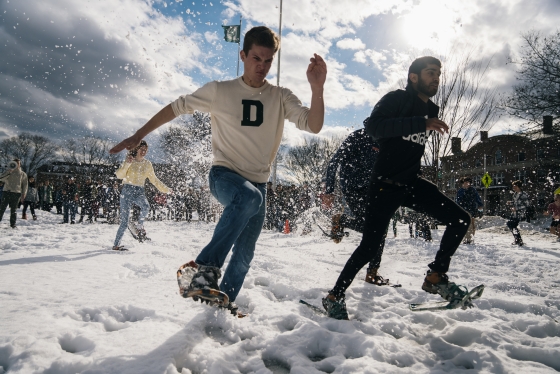