Associate Professor of Government and Adjunct Associate Professor at the Tuck School of Business Dirk Vandewalle has lately found himself in the media spotlight for his expertise on Libya and the Middle East. Among his many interviews and published pieces are an op-ed for The New York Times, “The Many Qaddafis,” and an article for Foreign Affairs, “To the Shores of Tripoli.”

Vandewalle is the author of A History of Modern Libya and the teacher of such classes as “Introduction to Comparative Politics,” “Development of Emerging Economies,” and “Political Economy of the Arab Gulf States.” A Dartmouth professor for 20 years, Vandewalle has also lent his expertise on Libya to the United States Agency for International Development (USAID) Office of Transition Initiatives, and has traveled to New York to share his knowledge of the country with a high-level team at the United Nations Secretariat.

After growing up in Belgium, Vandewalle attended Columbia University, where he says a mentor helped him clarify his academic focus on the Arab Gulf region. He speaks many languages, including Dutch, French, and Arabic. Recently, Vandewalle talked with Dartmouth Now about his work. 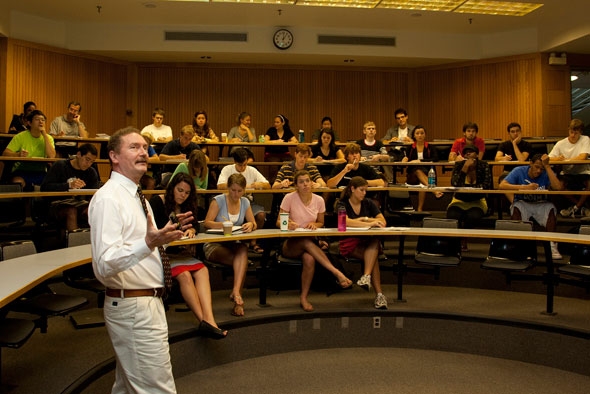 Associate Professor of Government Dirk Vandewalle teaches the course “Development of Emerging Economies.” He has been cited by many media outlets for his expertise on Libya. (photo by Joseph Mehling ’69)

With the persistent unrest in Libya, what’s it been like to have such focused attention on a topic that you are deeply familiar with?

On the one hand it’s very gratifying to have intimate knowledge of a country that everybody wants to know about and write about, so that’s a really positive thing—in a way it gives the sense that all the hard work has paid off. But the real downside is that as this becomes a public debate, you see a lot of things being said—even by so-called experts—that make it clear that some people are talking with a political agenda without really knowing about the situation at all. A lot of people who advocate for a no-fly zone, for example, seem to be concerned primarily with American interests. Paul Wolfowitz [Deputy Secretary of Defense from 2001-2005] wrote recently [in the Wall Street Journal] that the U.S. should go into Libya—I don’t think that’s the right move.

You lived on-and-off in Libya for about 14 months in 1986 and 1987, and you continue to keep in touch with people in Libya. What’s your sense of what this upheaval means for them? 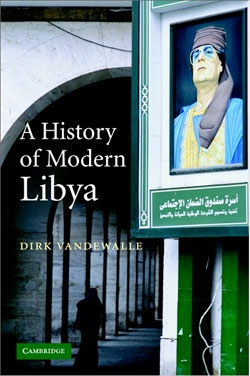 Vandewalle is the author of A History of Modern Libya. (courtesy Cambridge University Press website)

No matter which way you slice it I think it’s going to be catastrophic for Libya, in part because there’s going to be a lot of destruction. What is almost inevitable is that in the aftermath, in a country that has been artificially held together by a highly authoritarian regime, we’re likely going to see a lot of settling of scores. If you have a dictatorship for 40 years, it’s inevitable for many people to work for that regime, so everybody is kind of implicated. In the chaos that is going to exist—whether Libyan leader Muammar Al-Gadhafi goes or not—we may see a lot of bloodshed.

I have friends in Libya—some of whom have average-level positions but others who are high up in the Libyan government. They will certainly be vulnerable, and I’m really worried about the safety of friends and their families.

You just finished teaching a course at the Tuck School of Business, and you’ll be teaching two undergraduate courses this spring. What do you like about teaching?

My teaching and research are integrally linked. Teaching forces me to think very clearly about what I want to convey to students. For example in the political economy course this spring, we will look at the emergence of the six countries that are part of the Gulf Cooperation Council [Bahrain, Kuwait, Oman, Qatar, Saudi Arabia and the United Arab Emirates] and how they are developing and what the politics are behind the development. I build a set of 25 lectures that systematically try to make the points I want students to understand; those lectures can also become a publishable manuscript. The way students respond tells me what is clear to them, and what is not clear, and that is very important to refining my arguments.

In my course at Tuck [“Doing Business in Arab Gulf States”], we look in a more practical sense at some of the technical issues of the area’s development, such as sovereign wealth funds, Islamic financing, and the problems expatriates face working and living in the Arab Gulf. More than half of the students in the class are women, as they have a great interest in knowing how they can function in the Gulf, in an area where women still don’t have the rights that we in the West take for granted.

You’re a proponent of the benefits of study abroad, and you’ve led three Dartmouth programs in London and three in Fez, Morocco. What do you see students getting out of these?

In general students get introduced to a whole different mindset about academia and how different professors and different cultures convey information. Particularly in Fez, students get thrown in the deep-end of the swimming pool; they do homestays where they’re forced to live in an environment that is quite alien, where families speak the local version of Arabic and maybe a little French. It’s an enriching environment, as students need to think very carefully about what they do to be independent but at the same time sensitive to other cultures. The programs take students outside of their comfort zone, intellectually and culturally, but also interpersonally—they’re with Dartmouth students in a different culture where it tends to get pretty intense. 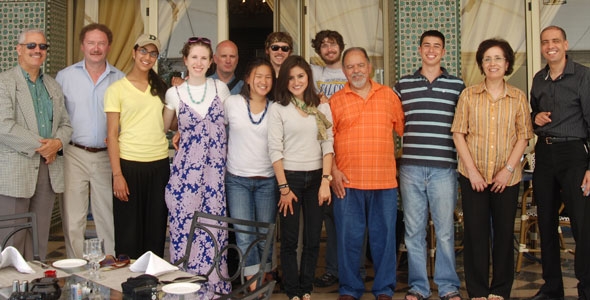 What’s your schedule like this week, while the College is on spring break?

Well, I was going to go back to Belgium, but I think I will stick around, as things seem to be happening very quickly in Libya. I’ve been having some late nights devoted to writing and preparing for interviews—I feel like a college student again!