Board approves funding for construction of new sorority house

During its spring meeting, the Dartmouth Board of Trustees elected Gail Koziara Boudreaux ’82 and Bill Burgess ’81 as new members of the Board following a nomination vote by Dartmouth’s alumni. They will both join the Board on June 12, 2011, following the College’s Commencement ceremonies.
Image 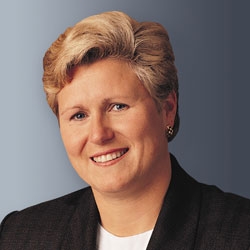 Both Boudreaux and Burgess have long served the College as alumni volunteers. Boudreaux is chief executive officer of UnitedHealthcare Benefits Businesses, based in Minnesota, and serves on the board of the Field Museum of Chicago and Genzyme Corporation. Burgess, an advisor to and an investor in emerging growth technology companies, is managing general partner at the venture capital firm ABS Ventures and serves as chair of the board of the New England Aquarium.

Steve Mandel ’78, chairman of the Board of Trustees, said, “On behalf of my fellow trustees, I’m delighted to welcome Gail and Bill to the Board. As highly accomplished Dartmouth graduates who have served the College for many years as alumni volunteers, they will both bring to the Board invaluable perspective as well as tremendous commitment to and passion for Dartmouth.” 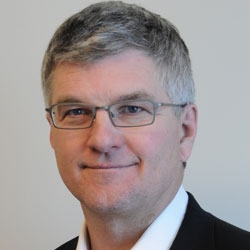 President Jim Yong Kim said, “Gail and Bill have demonstrated impressive skills, judgment, and leadership in their careers and volunteer engagements. I believe they will both challenge us in productive ways and encourage the highest aspirations of our faculty and students.”

A total of 10,572 voters participated, approximately 15.5 percent of alumni. Boudreaux, who ran for Vacancy #1, received 9,140 votes. Burgess, who ran for Vacancy #2, received 9,016 votes. Dartmouth alumni also chose new officers and executive committee members for the Association of Alumni. Voting took place both online and via paper ballot March 9 through April 6, 2011. (See below for background on the new trustees.)

The Board voted to approve Dartmouth’s fiscal year 2012 (July 1, 2011, to June 30, 2012) budget, marking the completion of the Strategic Budget Reduction and Investment (SBRI) initiative. With input from members across the Dartmouth community, the College has now succeeded in identifying changes that will close the $100 million gap that had been projected through June 30, 2012.

“I’m pleased to report that the most ambitious goals we set for the SBRI have been met—a direct result of conscientiously reviewing expenses, adopting a range of cost-saving measures, identifying new sources of revenue, and setting aggressive goals for fundraising,” said Provost Carol Folt. “And through our prudent expense management, we have embedded a cultural shift in the way we do business at Dartmouth, establishing efficiencies that will serve us long into the future. However, our progress has not been without sacrifice and will depend on the careful implementation of this year’s budget.  We want to thank the many members of the Dartmouth community whose hard work and continued focus make these goals possible without compromising academic excellence or the student experience.”

In addition, the Board approved an FY12 capital budget that will result in expenditures of $45 million for needs including construction of the Alpha Phi house, major facility maintenance projects such as Thompson Arena and the West Gym, improvements to information technology infrastructure, and a number of energy efficiency projects.

During its two-day meeting, the Board also focused on Greek Letter Organizations and Societies (GLOS) at the College. With strong student interest in having more sororities on campus, the Board approved the Alpha Phi Sorority House Project and Funding Plan. Construction on the new sorority house at 2 North Park Street is slated to begin in early fall 2011, with completion in August 2012 to allow occupancy for the fall term of 2012.

In addition, the Board hosted a breakfast with alumni advisors to Greek Letter Organizations and Societies to thank them for the guidance and support they provide. Experience has shown that strong involvement from alumni advisors is one of the keys to success for these organizations. The Board also met with student leaders from GLOS to discuss the state of Greek life at Dartmouth.

“Student social life is closely intertwined with the educational mission of the College,” said Mandel. “Vibrant social organizations enhance the quality of campus life and provide important opportunities for students to not only develop friendships with fellow students, but also leadership and other skills that will serve them well throughout their lives. Fraternities, sororities, co-ed houses, and other social organizations continue to thrive across the Dartmouth campus, and we are strongly committed to continuing to enhance and expand these social opportunities for our students.

“We are also deeply grateful to the alumni advisors who give a tremendous amount of their time and energy to support today’s students. Their involvement is vital to ensuring Greek organizations make a positive contribution to the Dartmouth community,” Mandel added.

Other Board business and activities

The Trustees received an update on the Strategic Planning process from Provost Folt and attended a dinner at the President’s House with members of the Faculty Strategic Planning Committee, led by Sociology Department Chair Denise Anthony.

During its meeting, the Board also received an update on Dartmouth’s diversity efforts, including new steps the College is implementing to recruit and retain a diverse faculty and staff. Additionally, the trustees reviewed and approved Dartmouth’s 2011 Affirmative Action plan.

Gail Koziara Boudreaux ’82 is chief executive officer of UnitedHealthcare Benefits Businesses. She was named one of The World’s 100 Most Powerful Women by Forbes and one of Fortune’s 50 Most Powerful Women in American Business. Gail serves on the board of the Field Museum of Chicago and Genzyme Corporation. She served Dartmouth as an admissions interviewer, class agent, and Alumni Council representative. At Dartmouth she played basketball, was a field events athlete on the track & field team, and was a member of Green Key and Fire & Skoal. An All-American in basketball and track, she holds 12 Dartmouth records and is a member of the New England Basketball Hall of Fame and Dartmouth’s Wearers of the Green. She holds an MBA from Columbia University. Gail and her husband Terence have two sons.

Bill Burgess ’81 has worked closely with emerging growth technology companies as an investor and adviser throughout his career, primarily at Alex. Brown & Sons and Deutsche Bank, where he held several management positions, including vice chairman of global corporate finance and head of DB Venture Partners. Since 2004, he has been a managing general partner at ABS Ventures. He is the chair of the board of the New England Aquarium and co-chair of strategic planning at St. Mark’s School. At Dartmouth, Bill was president of Alpha Delta fraternity, president of the Interfraternity Council, and a member of Sphinx senior society, Green Key, and Paleopitus. He played rugby, football, and lacrosse. Since graduation, Bill has served Dartmouth as class president, class agent, Alumni Council representative, and reunion giving chair. He holds an MBA from Harvard Business School. Bill and his wife Barbara have five children.