Reading an Alleged Killer’s Manifesto (NPR’s On the Media)

Ninety minutes before accused mass murderer Anders Breivik began his killing spree in Norway, he emailed his intentions to more than 1,000 people, with a 1,500-page manifesto attached. 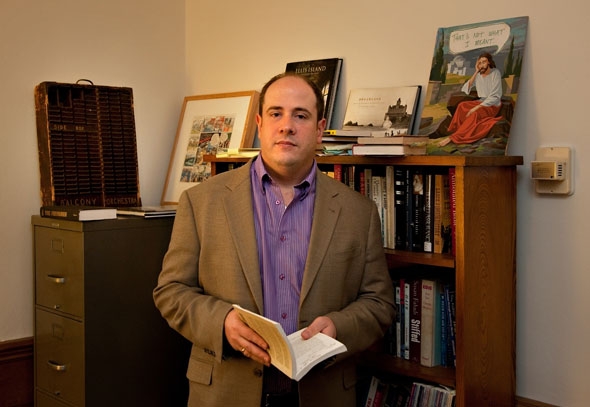 Jeffrey Sharlet, assistant professor of English, discussed the manifesto of accused Norwegian mass-murder Anders Breivik on the NPR show On the Media. (photo by Joseph Mehling ’69)

Dartmouth English Professor Jeff Sharlet read the entire manifesto. In this interview, he discusses how the media have mischaracterized the alleged killer’s writings.

What Sharlet found, as described on the blog of his online literary magazine KillingtheBuddha.com, was a text with a narrative arc that takes Breivik “from lost to found, from secular to Christian, from ‘culturally Christian’ to religiously Christian, from a fascination with the history of the crusades to a spiritual determination to relive them …”