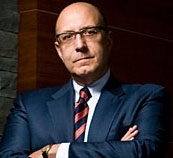 Paul Argenti, a professor of corporate communication at the Tuck School of Business, keeps a short list of companies that have made howling communications and business mistakes. The pantheon features firms such as Enron, BP, and Toyota—the latter for its mismanagement of a large recall in 2009 and 2010. Now one more company joins the ranks: Netflix.

Over the summer, Netflix not only decided to raise its subscription price by 60 percent, but also to split itself into two businesses: one for online streaming videos, and another for DVD rentals by mail. The public reaction was quick and critical. The question is, Argenti asks, where did Netflix go wrong?

Read the full story at Tuck School of Business news.