Why would a renowned Jewish-American writer support a Nazi sympathizer? This question triggered Professor of English Barbara Will’s research for her latest book, Unlikely Collaboration: Gertrude Stein, Bernard Faÿ, and the Vichy Dilemma. The book is an in-depth account of how Stein survived World War II while living openly in France under the Nazi collaborationist Vichy government. Will’s scholarship exposed unseen archives concerning Stein’s translation into English of the speeches of Marshal Philippe Pétain, Vichy head of state, including letters where Stein identified herself as a “propagandist” working for Vichy France. 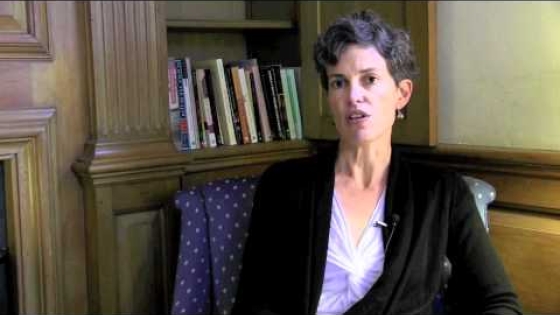 Will’s work also examines Stein’s relationship to Bernard Faÿ, the first professor of American studies in France, and “how his friendship with Gertrude Stein developed and nurtured and helped to foster her own political beliefs,” she says. Faÿ, Will notes, was the one who arranged for Gertrude Stein to be left undisturbed during the war. “He personally spoke with Pétain’s chief representative to get Gertrude Stein and her partner Alice B. Toklas off of the official census of Jews of 1942. I think he was a crucial figure in allowing Stein to remain undisturbed during the war,” she says. 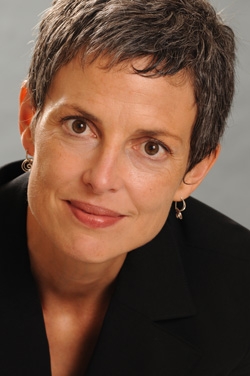 With Stein the focus of a current art exhibition in Washington, D.C., and an upcoming February 2012 exhibit at New York’s Metropolitan Museum of Art, Will’s book on the iconic modernist writer is garnering critical attention. And The Washington Post quoted Will in their coverage of “Seeing Gertrude Stein: Five Stories,” on display at the National Portrait Gallery in Washington, D.C., through January 22, 2012.

In the video above, Will talks about the archival documents that underlie her research, and the puzzle that her book sets out to solve: Why would someone like Stein actively support someone like Pétain?

“I read the Stein-Faÿ relationship as a case study through which to raise larger theoretical questions: about the role of prominent intellectuals in wartime France; about the place of America in the Vichy imagination; about the libidinal promise or threat of fascist ideology for homo/hetero-sexuality; and most importantly, about the intersection of modernism and fascism,” says Will, who is also the author of Gertrude Stein, Modernism, and the Problem of “Genius,” published in 2000.