As the Dartmouth community looks to the future through strategic planning, ideas from beyond campus are critical to the conversation. Beginning this month, the new “Leading Voices in Higher Education” strategic planning speaker series brings influential scholars and writers to Hanover for public lectures.

The strategic planning process, which began last summer, seeks to chart a “bold and aspirational path for Dartmouth’s future in anticipation of our 250th anniversary in 2019,” says Provost Carol Folt.

The process is drawing on the energy and expertise of the Dartmouth community to advance Dartmouth’s mission, enhance its standing in an increasingly competitive and global landscape, and ensure both the quality of a Dartmouth education and the enduring impact of faculty and graduates.

“We are drawing the best thinkers and innovators in higher education today,” adds Folt. “Ideas for the series are coming from our strategic planning working group members, who suggested speakers who will challenge and inspire our community as we work together to chart a course for Dartmouth’s future.”

Davidson will discuss her latest book, Now You See It: How the Brain Science of Attention Will Transform the Way We Live, Work, and Learn, which was named one of the top 10 science books last fall by Publishers Weekly. She will also explore implications for Dartmouth and higher education.

Davidson, who teaches at Duke University, is the author of more than 20 books and helped found a number of programs while vice provost for Interdisciplinary Studies at Duke from 1998 to 2006. She co-founded HASTAC (Humanities, Arts, Science, and Technology Advanced Collaboratory, or “haystack”), a virtual network of innovators with more than 6,500 members that directs the annual $2 million HASTAC/MacArthur Foundation Digital Media and Learning Competitions. Last year, President Obama nominated Davidson to a six-year term on the National Council on the Humanities.

Menand, known for his Pulitzer Prize-winning book The Metaphysical Club, an intellectual and cultural history of late 19th- and early 20th-century America, will deliver the annual Tucker Lecture, “Are the Great Books the Moral Heart of Liberal Education?” The Tucker lecture is intended to address the moral and spiritual life of Dartmouth students in support of the mission of the Tucker Foundation.

A staff writer for The New Yorker since 2001, Menand is also professor of English and American literature and language at Harvard, and has taught at Princeton, Columbia, City University of New York and the University of Virginia School of Law. Menand previously spoke at the 2004 Dartmouth conference “The Liberal Education: Dead or Alive?”

Darnton, Harvard University librarian, professor at Harvard, and former longtime Princeton professor, will deliver the inaugural Donoho Colloquium, “The Digital Public Library of America and the Digital Future,” sponsored by The Neukom Institute for Computational Science and the Friends of the Dartmouth College Library.

He has written and edited many books, including The Great Cat Massacre and Other Episodes in French Cultural History, perhaps his most popular work, which has been translated into 17 languages; and his latest, Poetry and the Police: Communication Networks in Eighteenth-Century Paris. The Donoho Family Undergraduate Computational Science Colloquia Fund, established in 2010 by David and Miriam Donoho in honor of their son, Daniel Donoho ’06, will support three lectures a year, each featuring a leading scientist.

Wildavsky will present perspectives on recent developments in global higher education, including intense competition and unprecedented academic mobility, the growth of branch campuses, the quest to create world-class research universities, and the rise of global college rankings. He will also discuss how Dartmouth can facilitate and promote a “free trade in minds.”

His award-winning book, The Great Brain Race: How Global Universities Are Reshaping the World, is being translated into Chinese, Vietnamese, and Arabic. Wildavsky is a senior scholar in research and policy at the Kauffman Foundation and previously served as education editor of U.S. News & World Report, where he was editor of “America’s Best Colleges” and “America’s Best Graduate Schools.” He has also worked as a magazine and newspaper writer, and currently blogs for The Chronicle of Higher Education.

A professor of psychology at Florida State University, Baumeister is known for pioneering work on the self, social rejection, sexuality, self-esteem, aggression, consciousness, and free will. He has written, co-written, or edited almost 30 books, the most recent of which is Willpower: Rediscovering the Greatest Human Strength.

In addition to willpower, Baumeister is currently working on studies involving the need to belong, human sexuality, consciousness, irrationality, and self-destructive behavior. “An enduring theme of my work is why people do stupid things. Self-defeating behavior is the essence of irrationality and thus shows the limits of human rationality,” he says.

Khan is the founder of Khan Academy, a free, online education source with more than 3,000 instructional videos and 3.7 million unique users a month. Khan Academy’s mission is to provide a high quality education to anyone, anywhere. Khan will speak on “Rethinking Education,” and provide insight into the history and evolution of Khan Academy. Bill Gates, who along with his children has used Khan’s videos, says Khan provides a glimpse of “the future of education.”

Khan was a hedge fund analyst when, in 2004, he began tutoring his cousin over the Internet. Soon, more cousins wanted lessons, so Khan began to post videos online. He left the financial world in 2008 to devote himself fulltime to his growing online academy. “With so little effort on my own part, I can empower an unlimited amount of people for all time,” Khan told the San Francisco Chronicle. “I can’t imagine a better use of my time.”

Malkiel, who spent 24 years as dean of the college at Princeton University—the school’s longest-tenured person in that position—will speak about her innovative work as dean at Princeton.

Malkiel is also a history professor and was the senior officer in charge of Princeton’s undergraduate academic program. In that role, she was responsible for advancements including expansion of the Freshman Seminar Program, introduction of the Writing Program, launching the four-year college system, creating the McGraw Center for Teaching and Learning, and encouraging innovation through the 250th anniversary teaching fund.

Cole, a professor at Columbia University best known for his work on the development of the sociology of science as a research specialty, will speak about his book, The Great American University: Its Rise to Preeminence, Its Indispensable National Role, Why It Must Be Protected.

Cole served as Columbia’s provost and dean of faculties for 14 years through 2003. His recent scholarly work has focused attention on questions of scientific and technological literacy, intellectual property and new digital media, and current problems facing research universities.

The nation’s 10th archivist, David Ferriero, will speak on “From the Records of the Continental Congress to Today’s White House Tweets: The Role of the National Archives.” Ferriero has held top positions in libraries at the Massachusetts Institute of Technology and Duke University before serving as the Andrew W. Mellon Director of the New York Public Libraries. He was sworn in as U.S. archivist in November 2009.

Freeman A. Hrabowski III, president of The University of Maryland, Baltimore CountyFall 2012: Date and location to be announced

Hrabowski, who has served as president of UMBC since 1992, is credited with leading the university to national prestige. His research and publications focus on science and math education. The Meyerhoff Scholars Program, which he co-founded in 1988, is a national model for advancing underrepresented minorities in research careers in science and engineering.

He has written numerous articles and co-authored two books focusing on parenting and high-achieving African Americans in science. Hrabowski was a young leader in the Civil Rights Movement and received his PhD from the University of Illinois at the age of 24.

In September 2011, Dartmouth Professor Vijay Govindarajan, the Earl C. Daum 1924 Professor of International Business at the Tuck School of Business, widely regarded as one of the world’s leading experts on strategy and innovation presented the first strategic planning lecture.

Govindarajan’s talk asked the Dartmouth community to consider how education is changing. 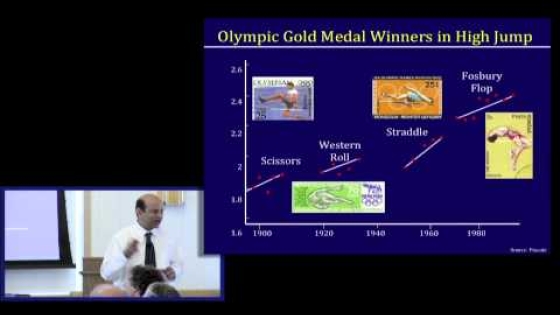 Description
Ella Bell Smith, a professor of business administration, talks in a podcast interview about getting feedback at work. “When you check the box, always let people know you checked the box,” she says.
Harvard Business Review
Articles 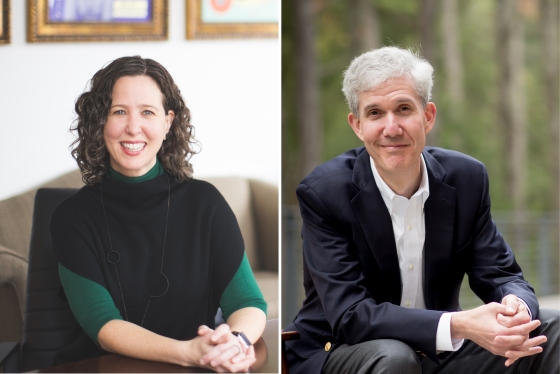