Dartmouth researchers have discovered arsenic in organic brown rice syrup, and the news is making headlines around the globe.

The researchers, led by Dartmouth’s Trace Element Analysis Core Facility Director Brian Jackson, found that toddler formulas made with organic brown rice syrup had more than 20 times the amount of arsenic as formulas without that ingredient.

Significant exposure to arsenic can increase a person’s risk for cancer and heart disease and negatively affect brain development in children. 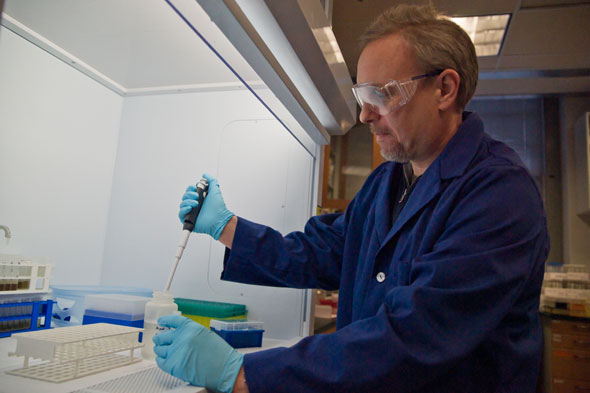 The Dartmouth team also found arsenic in other foods made with rice products, including cereal bars and energy shots.

Word of the findings, published February 16 in the journal Environmental Health Perspectives, has spread quickly, with more than 300 news outlets covering the story in one day.

“There is health news tonight, and if you have a baby at home it will get your attention,” said anchor Brian Williams on NBC Nightly News.

Jackson and his colleagues are calling for the government to regulate arsenic levels in food, which is currently unregulated in this country. Until then, he suggests parents avoid giving their children formula that use brown-rice syrup as the main ingredient. He also suggests adults be aware of their own consumption of foods containing the sweetener.

“I don’t think there’s much risk associated with eating a cereal bar every couple of days,” he said. “But it is a source of arsenic that we may not be considering.”