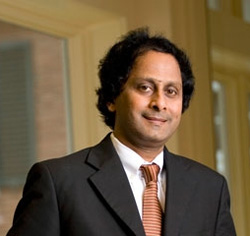 Millions of people read online newspapers every morning looking for answers to all sorts of questions. Who won the football game? What happened at the city hall meeting? Is it going to rain? Increasingly, however, readers themselves are being asked one important question: How much are you willing to pay to peruse the news?

As newspapers have discovered the stark reality that advertising revenues alone don’t cover the costs of producing the news online, they’ve slowly started stashing their stories behind pay walls. The London Times and Sunday Times did it in 2010, The New York Times created a 20-article per month threshold in 2011, and the Chicago Sun-Times followed suit earlier this year, just to name a few.

But setting the price for online news is no simple task, says Praveen Kopalle, a professor of marketing at Tuck and an expert on pricing strategy. That’s because newspapers exist in a two-sided market: they get income from both readers and advertisers. Furthermore, the two sides are irrevocably intertwined, with the demand from the readers affecting the demand from advertisers, and vice versa.