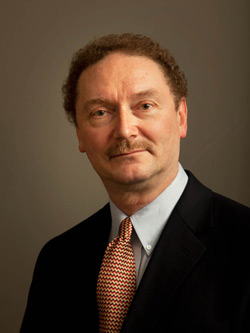 Vandewalle has traveled to Libya four times since last summer, staying three to four weeks at a time, and was political advisor to Ian Martin in summer 2011; Martin is currently the U.N. special envoy for the United National Special Mission in Libya. Vandewalle, whose ongoing work has been supported by a special grant from the New York-based Social Science Research Council, says he has seen “very slow but steady progress toward creating the kind of institutions that are needed to make Libya function as a modern state.”

“There is an enormous amount of problems still in Libya, but I think the U.N. has started to make some headway on a number of issues that the country desperately needed to get settled,” says Vandewalle, who has spent nearly 25 years studying the country and the Gaddafi regime. “One issue concerned security, which I think is quite a bit better than journalists would have us believe in the West. I stay in the middle of Tripoli’s old medina and am able to move freely about the capital. And there’s some evidence that the current government is starting to gain some traction.”

In addition to his ongoing role as a Libya advisor, the second edition of Dirk Vandewalle’s book, A History of Modern Libya, was published last month by Cambridge University Press. It covers the Benghazi uprising of February 2011 and its aftermath, including the October 2011 death of Muammar Gaddafi, the country’s long-time dictator. Vandewalle is currently working on a political biography of Gaddafi that will be published in 2013 by Oxford University Press and Hurst Publishers.

An article Vandewalle wrote about Gaddafi, “A Life in the Flashbulbs,” was also one of a quartet of articles published by Foreign Policy that in March won a National Magazine Award in the multimedia category.

The more than 100 photos featured in the Foreign Policy piece, all previously unseen shots from Gaddafi’s private collection, alongside an extended essay by Vandewalle, will be part of a London exhibition that opens in June and is produced by the London Festival of Photography and Human Rights Watch.

“But obviously, the big issue now for the U.N. is the elections and then the writing of the country’s new constitution,” Vandewalle continues. “A lot of times it’s two steps forward and one step backward, but I’m quite a bit more optimistic than I was even a few months ago. I think a lot of us had expected more internal fighting, but that has not happened. And even though there are demands for more autonomy from the different regions of the country, there are no demands at all for separate independent entities in Libya.”

Vandewalle explains, “Everyone is looking at a unified Libya. So I think that augurs relatively well for the future. The big challenge will be the elections. But we should not forget that we are only a few months after the end of the country’s civil war. If the elections go well and if they manage to write a constitution that can serve as a workable blueprint for the country’s political future—that’s remarkable progress very few people could have anticipated even a few months ago.”