As President Jim Yong Kim prepares to step down at the end of this month to assume the World Bank presidency, Dartmouth Now took a look back at the life of the College under his leadership. For an interview with President Kim and more about his tenure, see “Jim Yong Kim’s Ties to Dartmouth.”

> Dartmouth is ranked tops nationally in undergraduate teaching, says U.S. News and World Report in its Best Colleges 2010 rankings. Dartmouth continues to occupy the top spot in 2011 and 2012 rankings. 08/09
Image

> Inauguration of Jim Yong Kim, first Asian American Ivy League president, is attended by more than 5,000. Says Kim: “All of these leaders served Dartmouth with diligence and skill. To follow in their footsteps is deeply humbling for me—the child of Korean immigrants from a small town in Iowa.” 09/09

> Following the global financial crisis and a 23% drop in the endowment, Dartmouth identifies a projected budget gap that would grow to $100 million by 2012 without major structural change. 10/09

> Dartmouth completes the seven-year, $1.3 billion Campaign for the Dartmouth Experience with participation from 70 percent of alumni. 12/09

> Dartmouth rallies to help Haiti after a major earthquake, raising $1 million in donations and supplies and sending medical crews. The student response becomes a national model. 01/10

> Clad in a leather jacket and single glove, President Kim takes the stage with students in the Dartmouth Idol singing competition, moonwalking to a Michael Jackson medley. 03/10
Image

> President Kim and Provost Carol Folt launch a strategic planning process to chart a bold, aspirational path for Dartmouth in anticipation of its 250th anniversary in 2019. 05/10

> At Convocation, President Kim tells students to “see the world as it is, imagine the world you want to create, and then render that vision in a way that convinces others that it is both attainable and desirable.” 09/10

> Building on existing ties, Dartmouth expands its presence in Kosovo, through an agreement with American University in Kosovo providing for exchanges and collaboration. In 2012, Kosovo President Atifete Jahjaga visits Dartmouth. “She is such a strong woman and her influence is felt throughout the world,” said Ilda Bajraktari ’11 of the 36-year-old leader. 11/10
Image

> Board of Trustees approves plan to close the budget gap, marking the completion of the Strategic Budget Reduction and Investment initiative. A College-wide reorganization and restructuring results in a net reduction of 194 staff positions through retirements, elimination of vacant positions, and 40 layoffs. No faculty jobs are cut. 04/11 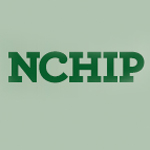 > Conan O’Brien’s Commencement address gets more than 1.5 million views on YouTube. His advice to graduates: “It is our failure to become our perceived ideal that ultimately defines us and makes us unique. It’s not easy, but if you accept your misfortune and handle it right, your perceived failure can become a catalyst for profound re-invention.” 06/11
Image

> Hanover is awash in political pageantry for the Republican Presidential Debate, produced with the The Washington Post, Bloomberg Television, and WBIN-TV. 10/11
Image

> The Class of 1978 Life Sciences Center, a new home for research and teaching, is dedicated. 11/11
Image

> Members of Dartmouth’s oldest a cappella group, The Dartmouth Aires, captivate viewers as finalists in NBC’s a cappella competition The Sing-Off. The 16 talented young men finish as runners-up. 11/11

> Dartmouth, ranked a “Top College” by the Peace Corps, celebrates 50 years of sending alumni to solve the world’s problems. More than 600 graduates have served since 1961. 11/11

> The Black Family Visual Arts Center, under construction, is named in honor of Leon Black ’73 and his wife Debra Black, who contributed $48 million toward construction of the new facility. 03/12

> The Ministry of Health of the People’s Republic of China and Dartmouth announce plan to support the advancement of health care delivery and services in China. 04/12

> Binge drinking is down by almost half for the first 100 students taking part in pilot programming run by the Learning Collaborative on High-Risk Drinking. 04/12

> Medical school is named The Geisel School of Medicine at Dartmouth, honoring the philanthropy of Audrey and the late Theodor “Dr. Seuss” Geisel ’25. 04/12

> President Kim presides over Commencement before taking office as president of the World Bank on July 1. 06/12
Written by
Susan J. Boutwell
Share this
FacebookTwitterEmail
Articles