Two former Vermont governors are among the speakers in a summer lecture series that has found a new venue at Dartmouth. The move makes the programs available to a wider audience.

The Calvin Coolidge Memorial Foundation series, “Interesting People, Interesting Times,” is being hosted by the Tuck School of Business. The annual series has relocated from the President Calvin Coolidge Museum and Education Center in Plymouth Notch, Vt. Its sponsors include Tuck and Dartmouth’s Nelson A. Rockefeller Center.

“We’re excited to be able to share some of our events with the Dartmouth community this summer, and happy to be working with the Tuck School of Business and the Rockefeller Center to bring these key figures to Dartmouth,” says Barbara O’Connell, chair of the program committee at the Coolidge Foundation, which runs the museum and center.

Here’s the lineup for the series: 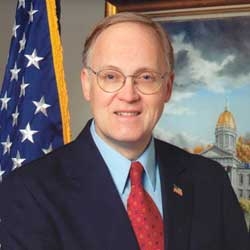 Douglas, an eight-year governor of Vermont, will present his lecture, “Long Live the Republic.” He served the state for 35 years in a number of roles in addition to governor, including secretary of state and state treasurer. Beginning in 2003, he served four consecutive terms as governor. In 2010, President Obama appointed Douglas co-chair of the Council of Governors. Douglas currently serves as executive in residence at his alma mater, Middlebury College. 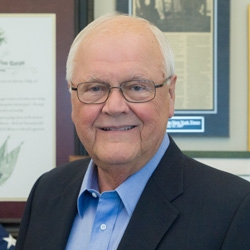 James Wright, Dartmouth president emeritus, will speak on his book, Those Who Have Borne the Battle: A History of America’s Wars and Those Who Fought Them. (courtesy of James Wright)

Wright, the Eleazar Wheelock Professor of History, will speak on “Reflections on America’s Obligations to Those Who Have Fought its Wars.” Dartmouth’s 16th president, Wright served from 1998 to 2009, and has spent more than four decades at Dartmouth. His extensive work with veterans has been featured by The New York Times and ABC News, and has been recognized by the New England Council, the Council of College and Military Educators, the Veterans of Foreign Wars, and the United States Marine Corps. A former Marine, Wright’s most recent book is Those Who Have Borne the Battle: A History of America’s Wars and Those Who Fought Them.

The discussion will be on: “Obama and Coolidge: What the 44th President Might Learn From the 30th.” 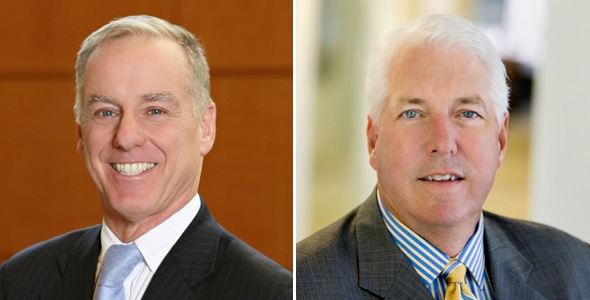 Howard Dean, left, served six terms as governor of Vermont before becoming chairman of the Democratic National Committee. (courtesy of Howard Dean) Roger Brinner is chief economist of The Parthenon Group and a former economics professor at Harvard and Massachusetts Institute of Technology. (courtesy of Roger Brinner)

Dean is the former chairman of the Democratic National Committee, a six-term governor of Vermont, and currently works as an independent consultant focusing on health care, childhood development, and alternative energy solutions.

Brinner is chief economist of The Parthenon Group in Boston, and has previously served as an economics professor at Harvard and the Massachusetts Institute of Technology, and as senior economist on the President’s Council of Economic advisors. 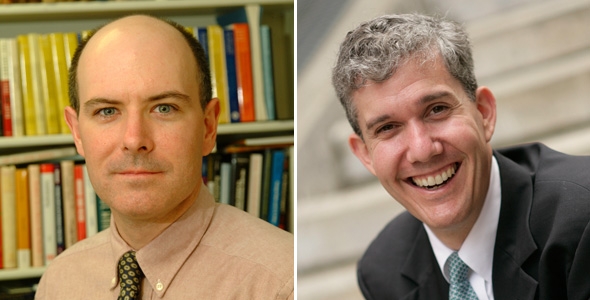 Douglas Irwin, left, a professor of economics and the Robert E. Maxwell 1923 Professor in Arts and Sciences, is a trade policy expert and a research associate for the National Bureau of Economic Research. (courtesy of Douglas Irwin) Matthew Slaughter is the associate dean at the Tuck School of Business and a member of the U.S. State Department’s Advisory Committee on International Tax Policy Forum. (courtesy of Matthew Slaughter)

Irwin, a Dartmouth economics professor and the Robert E. Maxwell 1923 Professor in Arts and Sciences, is a leading authority on trade policy. He has worked as a research associate at the National Bureau of Economic Research, and on the staff of the President’s Council of Economic Advisers, and the Board of Governors of the Federal Reserve System.

Slaughter, associate dean at the Tuck School of Business and the Signal Companies’ Professor of Management, is also a research associate at the National Bureau of Economic Research, a senior fellow at the Council on Foreign Relations, and a member of the U.S. State Department’s Advisory Committee on International Tax Policy Forum. 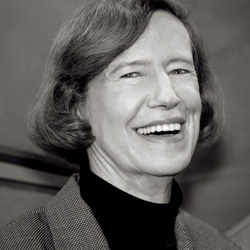 Vicki Goldberg is an internationally acclaimed photography essayist and will speak on “The White House: The President’s Home in Photographs and History.” (courtesy of Vicki Goldberg)

Goldberg, an expert on photography and its social history, will speak on: “The White House: The President’s Home in Photographs and History,” which is also the title of her most recent book. Goldberg regularly contributes to The New York Times, Smithsonian, and Vanity Fair. She has written several books on photography history. Her latest details how pictures have captured the White House throughout history, by looking at both public and private images.