Professor Dirk Vandewalle has spent nearly 25 years studying Libya and the regime of the late Muammar Gaddafi, whose dictatorship spanned 42 years. Now the associate professor of government and adjunct associate professor at the Tuck School of Business is in Libya for a historic event—as an official observer for the country’s first national elections in more than five decades. 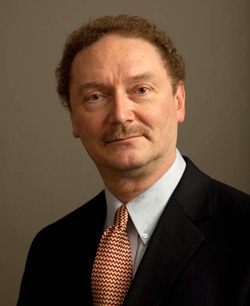 Dirk Vandewalle has spent nearly 25 years studying Libya and the regime of the late Muammar Gaddafi. (photo by Joe Mehling ’69)

Vandewalle is serving as a senior political advisor to the Atlanta-based Carter Center, which was invited by Libya’s election committee to help monitor the country’s July 7 parliamentary elections. On the day of the election, Vandewalle will be positioned at one of the polling stations in Tripoli. Eighty percent of eligible voters, nearly 2.7 million Libyans, have registered to vote and will elect a 200-member National Assembly, which will then appoint a committee to draft the country’s constitution.

Prior to his Carter Center appointment, Vandewalle served during the summer of 2011 as a political advisor to Ian Martin, the U.N. special envoy for the United National Special Mission in Libya. He has also been performing work in Libya that has been supported by a special grant from the New York-based Social Science Research Council.

In addition to his ongoing role as a Libya advisor, Vandewalle is also working on a political biography of Gaddafi that will be published in 2013 by Oxford University Press and Hurst Publishers. The second edition of his book, A History of Modern Libya, was published in March 2012 by Cambridge University Press. This new edition covers the Benghazi uprising of February 2011 and its aftermath, including the October 2011 death of Gaddafi.

Vandewalle took time from his busy schedule in Libya to answer a few questions from Dartmouth Now.

When did you arrive in Tripoli?

I’ve been intermittently in and out of Libya (Benghazi, Misrata, and Tripoli mainly) since July 2011, but arrived for the Carter Center electoral observation mission on July 2.

What is your role and what are the roles of the Carter Center observers?

Following an invitation from the High National Elections Commission (HNEC) in Libya that was created to guide the country’s first national elections since the fall of Muammar Gaddafi, the Carter Center is deploying a limited mission of 32 international observers assigned to five locations throughout Libya to monitor and report on polling and counting election ballots on 7 July. The Carter Center mission conducts its activities in accordance with the Declaration of Principles for International Election Observation, adopted by the United Nations in 2005. Its observers have been accredited by HNEC and represent 15 countries, including Afghanistan, Canada, Cyprus, Egypt, Germany, Jordan, Iraq, Morocco, Oman, Palestine, Sudan, Tunisia, Turkey, the United States, and Yemen.

I am part of a six-person leadership team within the mission, and my task is to provide background briefings and updates on the contemporary political situation in Libya to the Carter Center’s leadership team and to the team’s observers, to help observe the actual elections on July 7, to help produce the final report on the elections, and to meet with representatives of both the countries’ political parties and the representatives of bilateral and multilateral organizations that are also present in Libya for the elections. 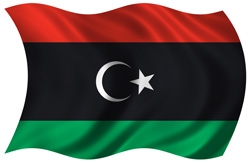 Eighty percent of eligible voters, nearly 2.7 million Libyans, have registered to vote and will elect a 200-member National Assembly, which will then appoint a committee to draft the country’s constitution. (courtesy of stock.xchng)

What are your and other observers’ chief concerns for election day?

These elections were organized in a short period of time—barely 18 months between the beginning of the rebellion and the elections. This is really too short to organize national elections within a country that has no history of elections. But the government was eager to move ahead regardless in order to help jumpstart the country’s move toward a multi-party political system. One concern is that there remain a number of technical and practical problems that could complicate the efficacy of these elections in the post-election period. For example, there is no clear mechanism for resolving disputes, or for deciding what to do if for any reason a polling station is unable to proceed with the voting.

The second concern is security: there have been a number of incidents to disrupt the electoral process, and within a country still as chaotic as Libya—where one region of the country wants greater autonomy—there is a danger that certain groups will try and disrupt the process. Since there are lots of militias left in the country with a lot of weapons, this is a real concern.

What will your role and the Carter Center’s role be after the election?

A good amount of the work of the mission will take place once the elections have been concluded. The mission will track the counting of ballots, follow whatever complaints are launched at the election’s tally center in Tripoli, and then the leadership team will produce an extensive report on the elections that includes recommendations for how to improve the electoral system in the country. The leadership team will return to the United States around July 22.

After studying Libya for nearly 25 years and seeing the fall of the Gaddafi regime, what does it mean to you to be present at this historic time, the country’s first election in more than five decades?

To me this is of course utterly fascinating—to see a country I intimately know transform itself from an almost totalitarian political system into (hopefully) a modern and more democratic system. It has been fascinating to see how Libyans are now learning how to deal with a whole range of unexpected freedoms. For instance, Libyans now seem to think you can say whatever you want, wherever you are, without paying attention to others’ opinions.

There have been some truly unexpected developments. Many observers, including myself, had expected Libya to either implode or to be convulsed by a long-term civil war. But despite the lingering chaos, Libya has actually made a number of important steps toward state-building—including the current elections—and may well turn out to be the exception to the rule in the Middle East that all oil exporters are highly authoritarian states that deny their population a political voice.

So it’s been a real privilege to be here with the Carter Center at a historic moment in Libya’s history—and through previous work at the United Nations—and to have been intimately involved in a small way in helping the country rebuild itself.